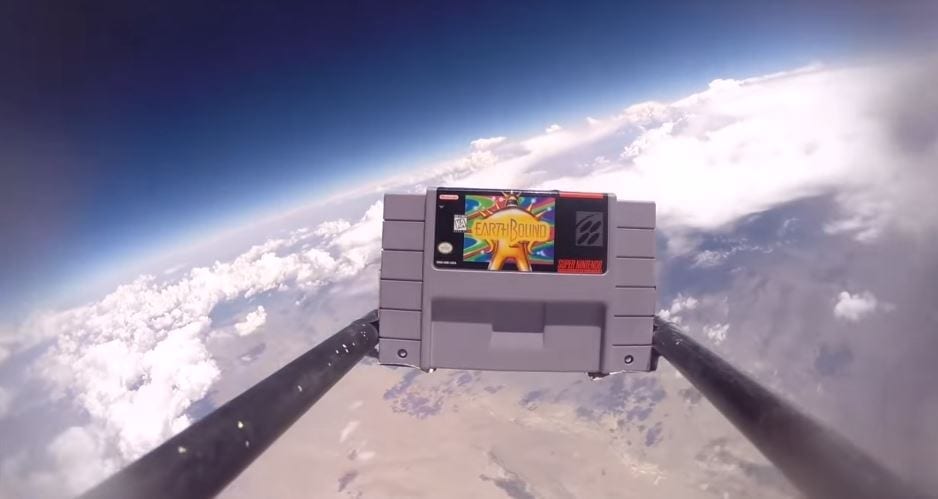 Earthbound is one of the Super Nintendo’s most well-loved games, and when one young boy got given the opportunity to blast any item of his choice into outer space, he decided to send his copy of the early 1990s RPG. 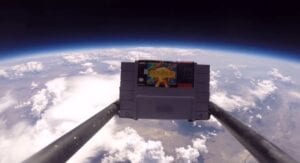 14-year-old Ronnie Doyle was gifted the chance to send a small item of his choice to infinity and beyond by his grandfather, who donated to Earth To Sky Calculus, a crowd-funded space group.

Speaking to Kotaku, Doyle said: “The process of sending the game is very frightening. This is a $200 game that has a big risk of not coming back in one piece. The cartridge was drilled into both sides to ensure it had a safe flight, but I decided to take that risk.” 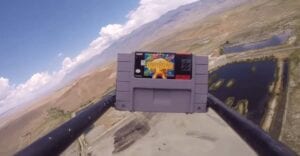 The whole event was caught on camera thanks to Earth To Sky Calculus, and you can watch the video below to experience the magic for yourself. It really is something special to see the game ‘floating’ through space, held out over the entirety of our planet. (And yes, Earth does look pretty round and definitely not flat…) 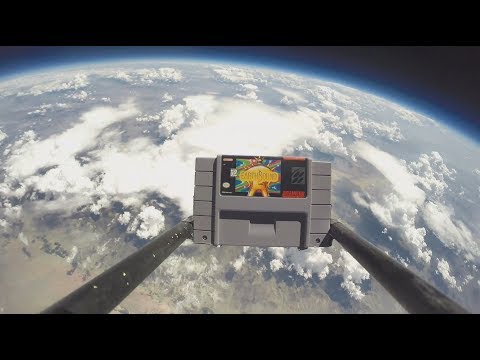 The cartridge was launched from a helium balloon from Doyle’s home in California and was located after landing thanks to a GPS tracker.

Earth To Sky Calculus have said that the game reached an altitude of 100,000 feet, reaching to where “the noontime sky fades to black, stars pop out, and meteors can be seen in broad ‘daylight.’” 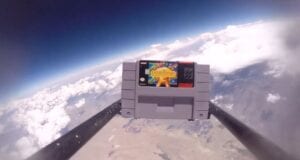 Thankfully, Doyle’s copy of Earthbound landed safe and sound, and reportedly even still works! Doyle confirmed to Kotaku that he’ll be keeping hold of his prized possession – “unless someone one to trade Stadium Events for it.”

The teenager went on to add: “As far as I know, this is the only copy of EarthBound that is not bound to earth.”

Check out the video in all its glory above, and don’t forget to show some love over on Doyle’s YouTube. What game would you like to send to space?