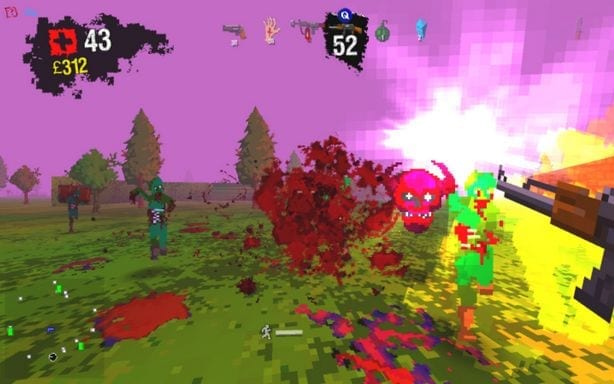 Most people don’t really go past the top sellers section on Steam, and I don’t blame them. When you start to browse through the backlog of Steam games available in the Steam market, you quickly come across some pretty strange creations. 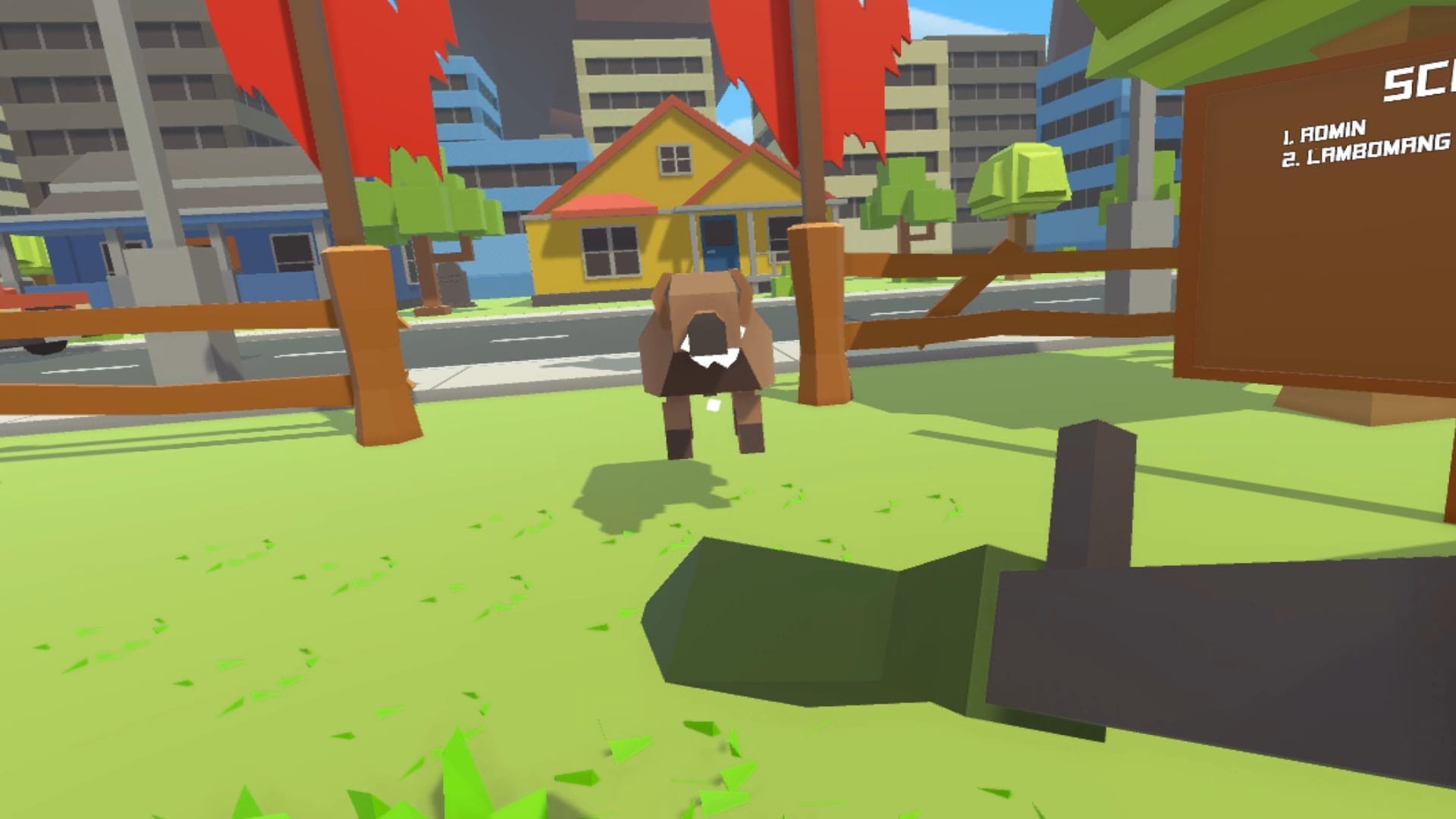 Watching Grass Grow sounds like the most boring game in the world, but it’s surprisingly fun. This is a VR title that forces you to protect a patch of grass as enemies come charging towards you.

You must use your trusty RPG to take down incoming waves of enemies. The longer you survive, the taller your grass will grow.

There’s not much there besides the basic wave defense gameplay explained above, but for $4.99 you do get a pretty enjoyable VR mini game. 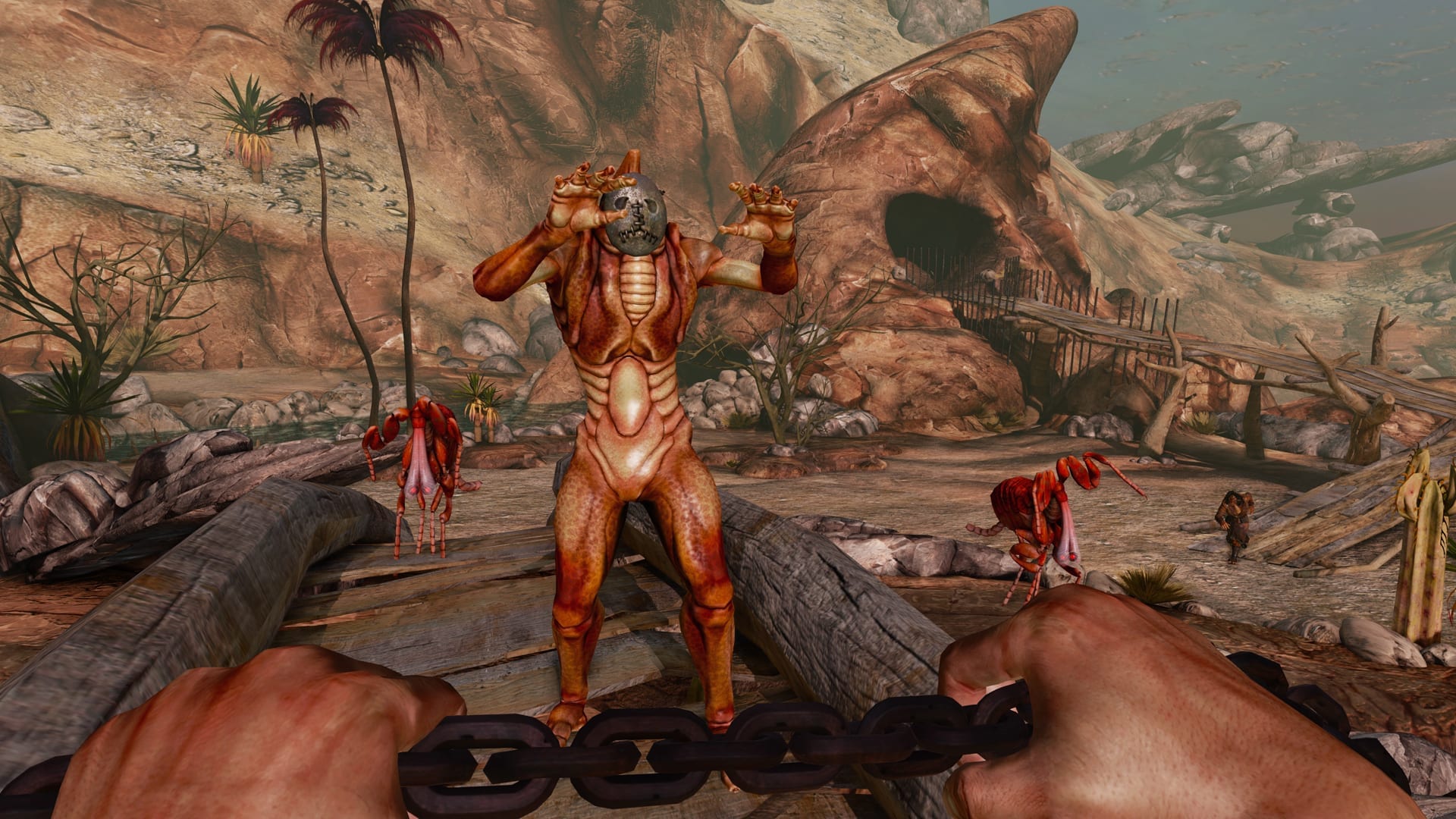 Zeno Clash 2 is one of the few titles on this list that you could actually consider to be a fully fledged game, but that doesn’t take away from the fact that the game is still pretty weird.

Zeno Clash 2 is an open world combat game that gets you up close and personal with a wide variety of different enemies. The creatures in this game are utterly bizarre, and you’ll need to get up in their face and beat them in armed combat.

If anybody catches a glimpse of you playing Zeno Clash 2, there’s no denying that they will be very confused about what it is you’re playing.

A Dump In The Dark 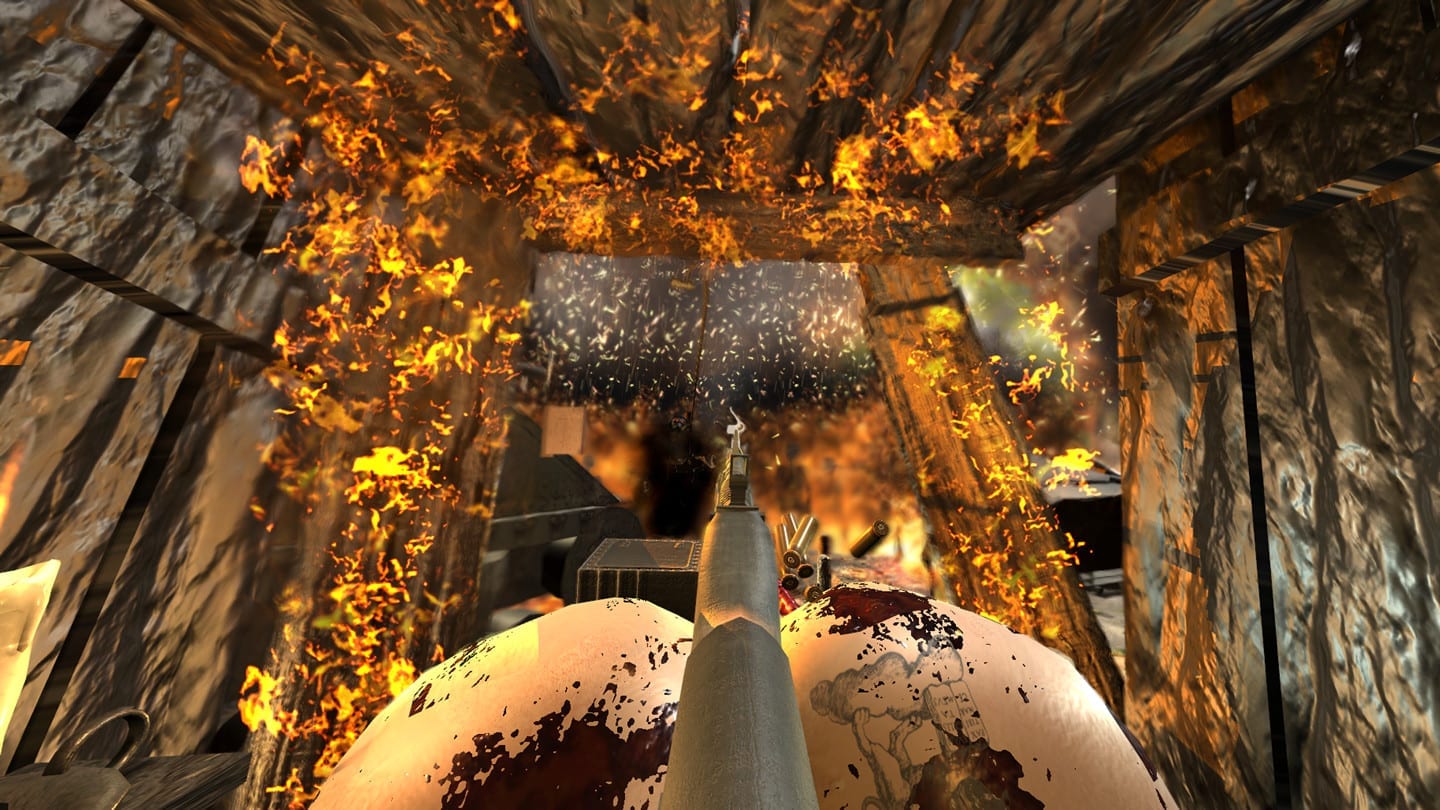 A Dump In The Dark is completely absurd. Sometimes you’ll need to take down enemies, other times, you’ll find yourself completing random tasks or puzzles, and sometimes the actual objective is completely abstract and doesn’t even make any sense.

For $2.99, you can’t really go wrong. If you’re looking for a game that can make you scared and make you laugh at the same times, it’s got to be A Dump In The Dark. 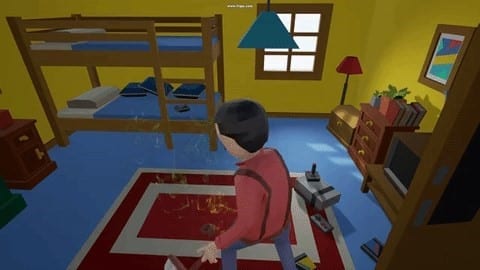 Just one more poop themed game, I promise. We’re still actually waiting for the release of PooPee Wars, and it’s a shame because this game actually looks quite fun.

PooPee Wars is a two player game. One player controls a dog owner, whilst the other player takes control of a dog. The dog player must go around pooping on objects and causing a massive mess, whilst the dog owner player has to try and keep everything tidy.

PooPee Wars looks like it’ll be one of those games that’s utterly hilarious – it’s the kind of mini game we’d have hoped to see in a game like Garry’s Mod.

Push Me Pull You 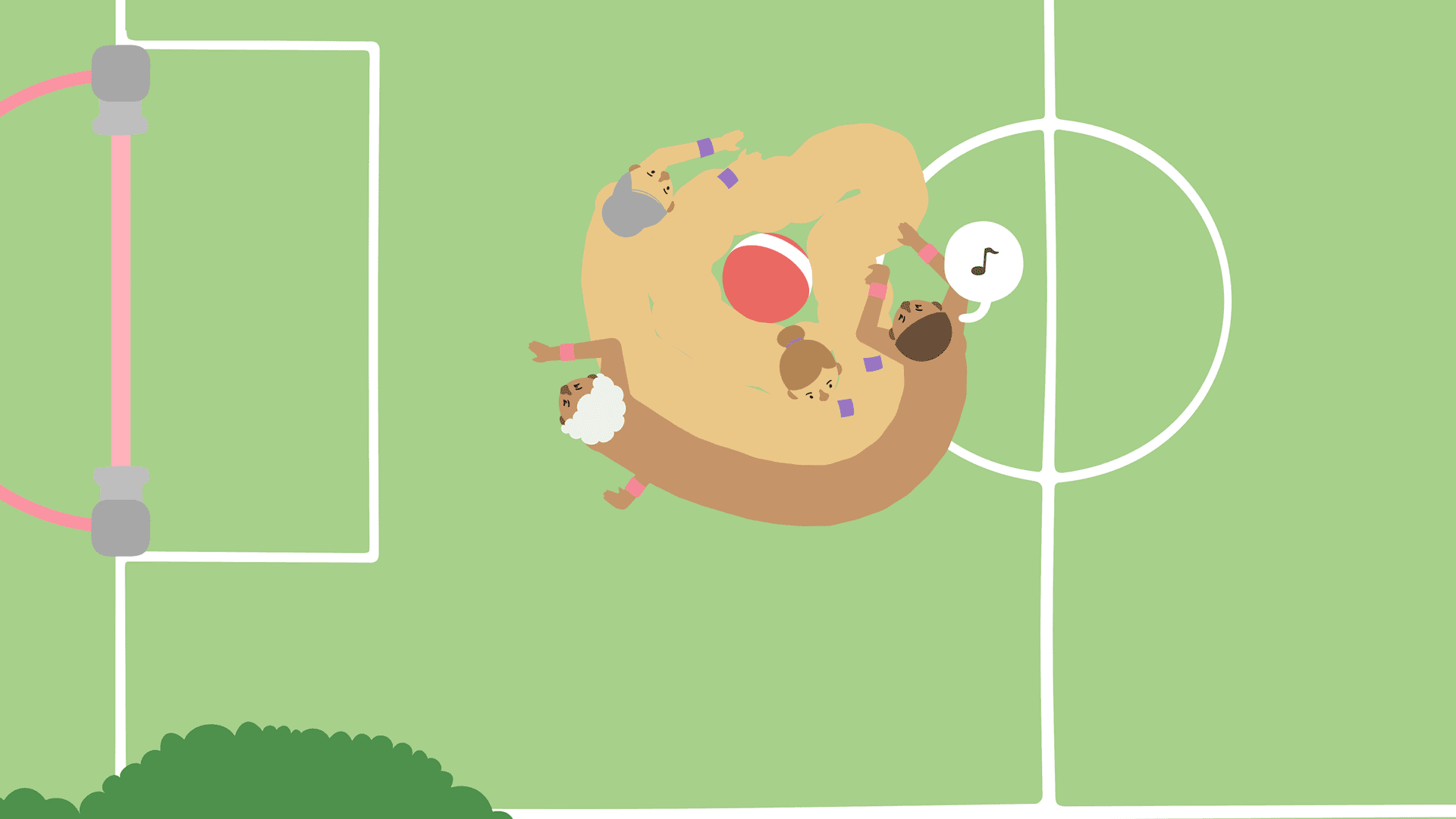 Push Me Pull You is available for $14.99, so it’s more expensive than the other games on this list, but it has been built with a little more attention to detail than 90% of the other games listed above.

Push Me Pull You is one of the very few local multiplayer games available on Steam. With this game, up to 4 players must work together to control conjoined sausage shaped people.

The objective of the game is to kick a ball into the opposing team’s goal, but doing that can be incredibly difficult.

Push Me Pull You is one of those games that’s almost impossible to master. The amount you’ll struggle over the controls end up being the focus point and turn Push Me Pull You into a very funny experience. 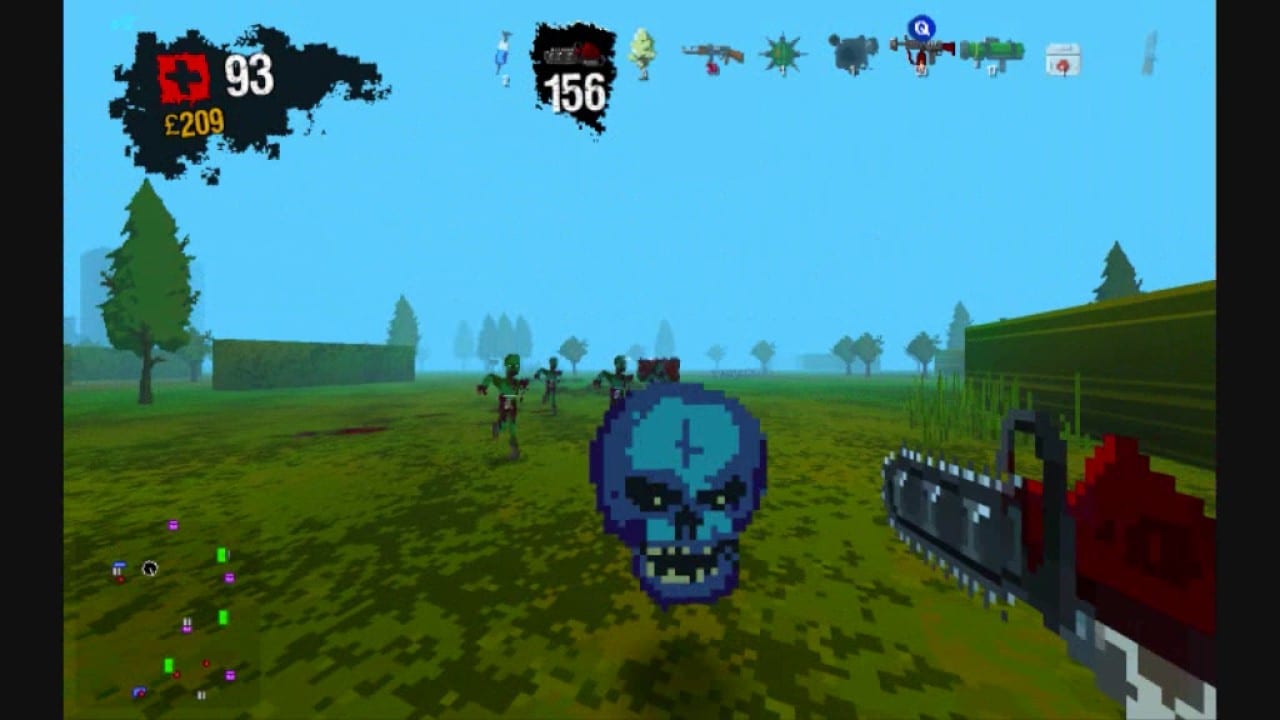 It features similar gun mechanics and graphics to Doom, but you’re given a lot of open space to move around and explore the world. Each level is filled with challenging enemies and there are various randomly generated features that add extra replayability to Still Not Dead.

Ultimately, Still Not Dead is a lot of fun and it takes the worn out Doom clone genre into brave new territory. 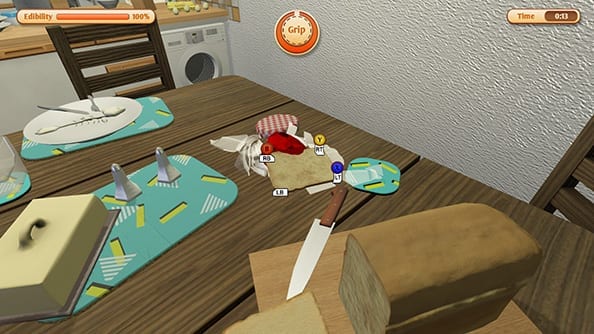 I Am Bread is certainly one of the more popular titles when it comes to strange Steam games. In I Am Bread, you take control of a single slice of bread as you navigate through a kitchen filled with the kind of obstacles you’d expect to find in your average kitchen.

The objective in I Am Bread is to find a way to toast yourself in each level. Along the way, you must sure you remain edible by avoiding messy areas in the kitchen. You’re scored on the time it takes you to complete each level and by how effective you are at avoiding dangerous obstacles. 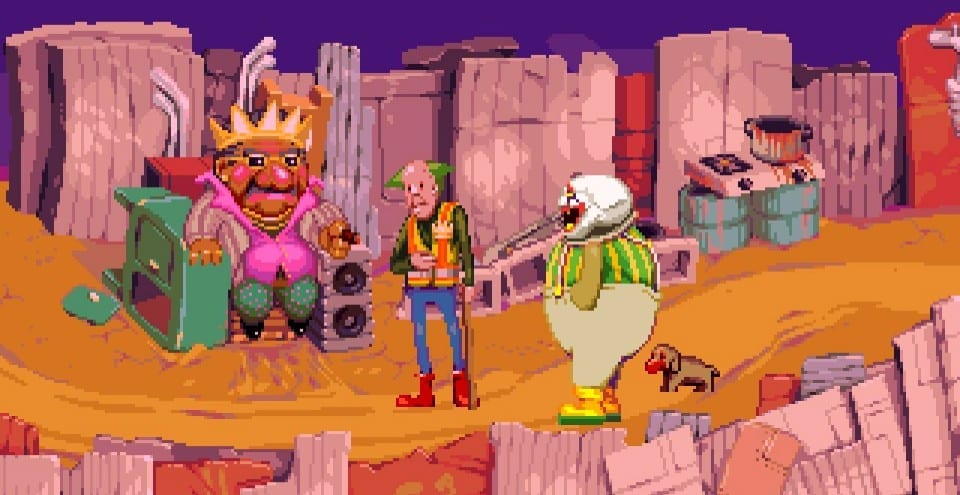 Whoever developed Dropsy was obviously taking something when it was first made because Dropsy is one of the most out of touch games you’ll ever get your hands on.

Dropsy is a point and click adventure game – you take control of a clown called Dropsy and along the way, you must learn about the strange world you’ve been placed in.

The only real objective handed to you is to go and find as many people to give out hugs to. Along the way, the character you meet and mishaps you get into end up being quite captivating.

What are your thoughts on all of these strange Steam games? Are there any games in particular on this list that have caught your attention? Let us know your thoughts.