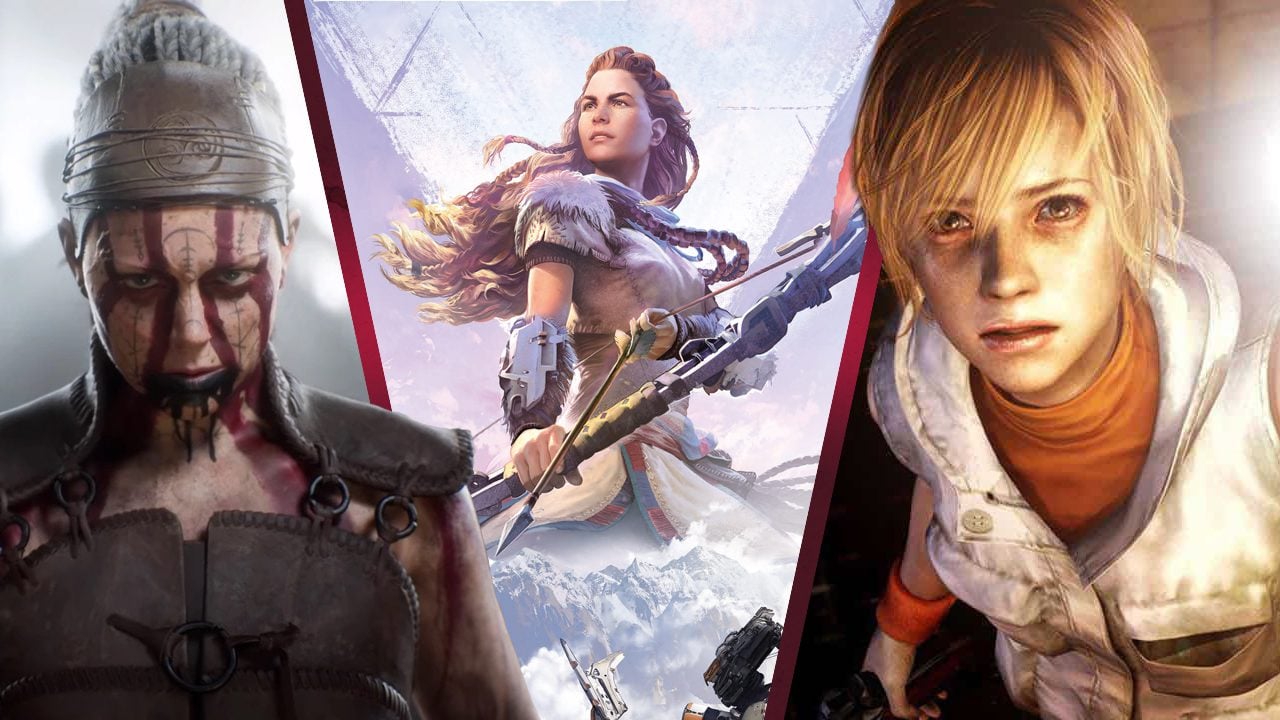 This week we celebrate International Women’s Day, and what better way to do so than by taking a look at best video games starring women? While this list is detailed, it’s certainly not conclusive. Feel free to suggest some of your own favourites on our social channels.

We’re celebrating International Women’s Day even further with our latest sale at the GameByte Shop! In this flash sale, we’re offering 11% off our favourite games with female protagonists – like Horizon Forbidden West, Mass Effect: Legendary Edition, The Last of Us, Shadow of the Tomb Raider, and many more!

So with that said, here are my favourite video games starring some of the best women characters in the gaming world.

Aloy from the Horizon Zero Dawn (and its sequel, Forbidden West) is a fierce hunter surviving in a world ruled by mysterious metal dinosaurs. As an outcast of her tribe, she ventures out to discover the truth about her own lineage. Tying both Aloy’s personal story with the wider setting not only makes for an interesting story, but also a well-rounded, compelling character.

Aloy’s strength comes through her compassion. In a post-apocalyptic setting, you’d assume one would be fuelled by rage and paranoia. But instead her motivations come from empathy. In a decaying world, Aloy reminds us to treat our harsh world with care and understanding. And this is exemplified by Ashly Burch’s magnificent performance, bring all the nuance to the role that it requires. For an open world RPG you’ll be spending dozens of hours in, Guerilla Games does a fantastic job at making you care about its protagonist.

Telltale’s The Walking Dead series’ first episode started with an innocent young child named Clementine, who transformed into a powerful young woman who not only survived a post-apocalyptic world but embraced it. Though we first meet her as a young girl, Clem becomes one of the toughest women of any video games I’ve played.

Telltale’s The Walking Dead may have had a troubled story by the time this series came to its conclusion, (it had to be finished by Skybound Entertainment), and the series may not have been the most technically-impressive of video games. However, in terms of storytelling and emotion, if you did not shed a single tear during the entirety of this series you’re obviously as dead as a Walker inside.

Chloe Frazer has been a recurring character in the Uncharted series ever since the second game. She’s a highly skilled treasure hunter with a ruthlessness that one would expect from a premium-level mercenary. She’s also not beyond taking on tasks from the criminal underworld.

When we were first introduced to Chloe, she was thought to be the on/off love interest of Nathan Drake. However, it quickly became apparent that there was far more to Chloe than we were led to believe. With each release in the series we learned a little more about her, and in 2017 she finally got her very own standalone game.

Chloe wasn’t alone in Uncharted: The Lost Legacy. She was accompanied by her other partner-in-crime, Nadine Ross. You know, the lady who introduced her fists to Nathan’s face in Uncharted 4.  Uncharted: The Lost Legacy features plenty of over-the-top action, sneaky stealth, and some fun puzzles. It may have been Chloe’s first standalone adventure, but I sure hope it won’t be her last.

The Silent Hill series has been hit-or-miss with its female characters, often reducing them to stereotypes or overly sexualised tropes. While that stuff makes sense within the context of the game, it’s refreshing to see a few Silent Hill characters that don’t fit that image. Heather Mason is one of them.

She’s the reincarnation of Alessa Gillespie and Cheryl Mason, continuing a storyline from the first Silent Hill game in which she is summoned back to the mysterious ghost town to bring a ritual full circle. What makes her a great addition to this list is the fact she can always keep a cool head even in the face of the unspeakable horrors she witnesses in the town. For Heather, she presses on regardless of the suffering she endures, not succumbing to the insanity that one would experience in this location.

Senua’s story takes the centre stage in Hellblade. I feel no embarrassment in admitting that Senua’s story of self-doubt and her struggles with mental illness have damn-near reduced me to tears on more than one occasion. The story begins with her believing that she’s deserving of the curse that was set upon her, and the tale is of her journey in becoming a mighty warrior of body and mind.

A key focus of the story is Senua’s psychosis and, coming from someone that has suffered from forms of temporary psychosis, the developers at Ninja Theory handled the story with the utmost dignity and respect. The developer also worked with neuroscientists, mental health charities, and those diagnosed with psychosis.

Hellblade: Senua’s Sacrifice has one of the most incredibly powerful and thought-provoking stories in gaming, and it’s one that will live with me forever. It’s perhaps not a game for everyone, but once you finish Senua’s story, you’ll soon be rooting for the next chapter in the forthcoming PC and Xbox exclusive, Senua’s Saga: Hellblade 2.

Bayonetta is still one of the best action, hack-and-slash titles of all time, and is a true piece of master wizardry from the developers at Platinum Games. The gameplay is simply sublime, and when you sync with this game, it feels like pure poetry in motion.

The eponymous hero is an all-powerful, shape-shifting, sassy witch and she knows how to use all of her unique abilities and charm. And this is done by manipulating her ridiculously long hair. Hairdressers hate her! But still, we enjoy just how much Bayonetta can kick ass through these unique combat options, making her a good candidate to include on this list.

We could be celebrating hundreds more fantastic games starring women for this International Women’s Day, but these are just my top picks. Don’t forget to let us know of your favourite video games starting women across our social media channels.