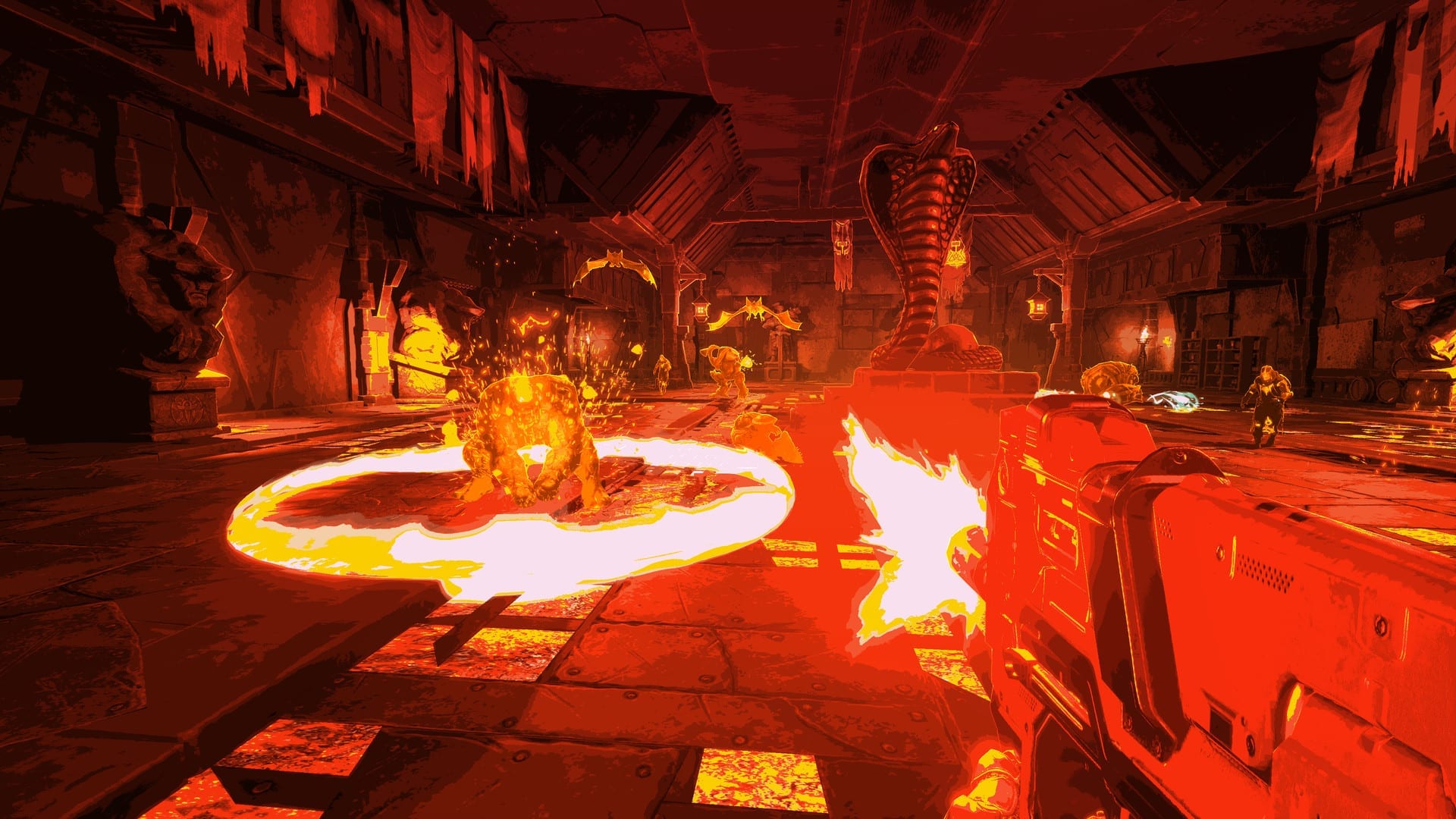 Rhythm games are definitely making a comeback but upcoming FPS game BPM: Bullets Per Minute is poised and ready to redefine the genre as we know it.

BPM promises all the hell-swinging action of FPS godfathers like DOOM, fleshed out with a hefty dose of the rhythm and timing needed for beloved series like Guitar Hero and Rock Band.

You’ll need to bring your foes to their knees by firing your gun and reloading it all in time to the beat of rock opera, with the devilishly delightful soundtrack you’d expect from such a title.

“In BPM, all of your actions and the actions of your enemies are tied to the beat of the music,” reads the game’s official description. “Your enemies perform a dance-like sequence of attacks to an epic rock opera. BPM is inspired by retro shooters of the 90’s. It is fast, frenetic and rhythmical. You can double jump, dash, rocket jump and bunny hop to evade your opponents.

“Your goal is to reach the end of randomly generated dungeons, collecting different weapons, abilities and items each time you play. These weapons and abilities can radically alter the way you play, making each playthrough unique.”

Equip and buff your character with 40 weapons to choose from as you battle across the hellish landscapes, taking advantage of your loadout while rocking to the beat.

This is one title you really need to see in action to fully grasp its unique and badass gameplay, so if you haven’t seen what BPM has to offer, check it out in the trailer video below!

Developed and published by Awe Interactive, BPM: Bullets Per Minute is headed to Steam in September. Wishlist it now or find out more on Steam here!

Five Xbox Bethesda Titles Are Getting An FPS Boost On Xbox

Back 4 Blood Vs Left 4 Dead – What Are The Main Differences?