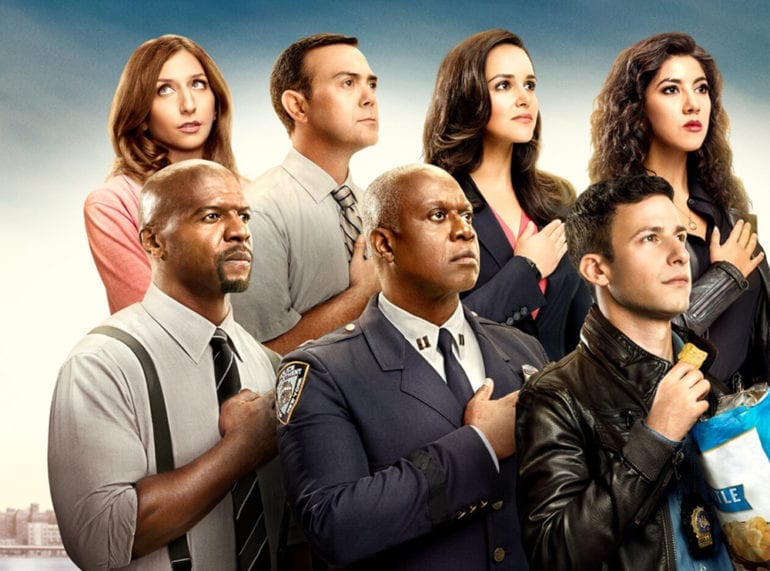 NBC’s cop comedy Brooklyn Nine-Nine will wrap up after its eighth season, according to an announcement yesterday.

The sitcom first aired in 2013 and stars Andy Samberg and Andre Braugher amongst others. After being cancelled by Fox in 2018, NBC decided to keep the series going, rather than let it conclude. Three seasons later and Brooklin Nine-Nine has finally run its course, much to the dismay of fans [via EW].

In a statement published to the Brooklyn Nine-Nine official Twitter, series creator Dan Goor thanked NBC, as well as his colleagues and friends:

“I’m so thankful to NBC and Universal Television for allowing us to give these characters and our fans the ending they deserve. When Mike Schur and I first pitched the pilot episode to Andy, he said, ‘I’m in, but I think the only way to tell this story is over exactly 153 episodes,’ which was crazy because that was exactly the number Mike and I had envisioned.”

Goor then went on to describe how he feels about finally ending Brooklyn Nine-Nine, after over seven years of working on the show:

“Ending the show was a difficult decision, but ultimately, we felt it was the best way to honor the characters, the story and our viewers. I know some people will be disappointed it’s ending so soon, but honestly, I’m grateful it lasted this long. Title of my sex tape.”

Brooklyn Nine-Nine had a comedy shell, but it addressed some important issues within society today. From institutional racism to LGBTQIA representation, the show did more than pull some funny faces.

The comedy also plans to address police brutality in its final season, something that Andy Samberg commented on last year, stating, “There’s nothing funny about what we’ve been seeing from the police” and that it’s “not a laughing matter” [via GQ].

Who knows, perhaps the Nine-Nine’s doors will reopen in the distant future but for now, no hard feelings, Dan Goor, but we hate you. Not joking. Bye.