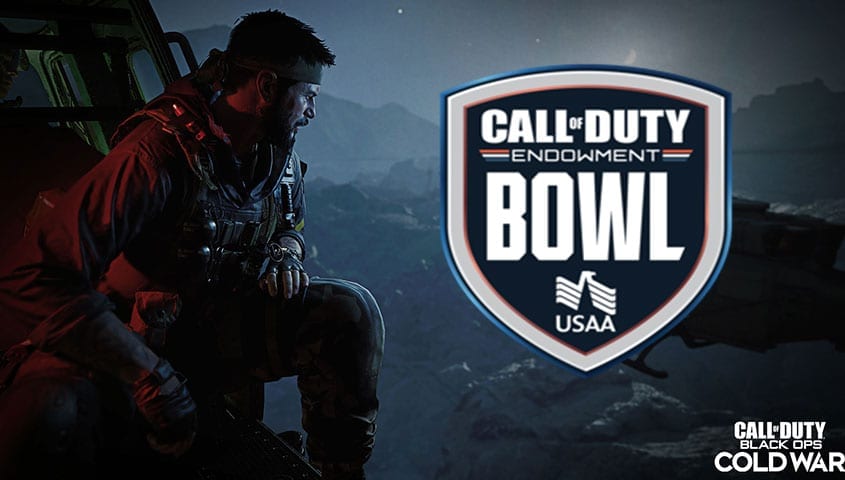 Activision has announced that the second annual Call of Duty Endowment Bowl (C.O.D.E for short) is taking place next week.

The C.O.D.E Bowl brings together gamers that served in the military to compete in a massive esports tournament that helps to raise funds and awareness for veterans.

The event – which also brings in some of the world’s best Call of Duty streamers – will feature military personnel from both the United Kingdom and the United States to compete against each other in Call of Duty: Black Ops Cold War.

The esports teams will be comprised of veterans from the British Army, Royal Air Force and the Royal Navy representing the UK.

On the side of the USA we will have teams made up of the US Marine Corps, US Air Force and the US Space Force.

Each team from the competing nations will also be trained by Call of Duty League professionals to offer expert tips and strategies.

Streamers who will be joining the second annual C.O.D.E Bowl include Courage, LEGIQN, Huskerrs, Swagg, TeeP, Espresso, Vikkstar, Tommey, C9Emz and Spratt, with more to be announced soon.

“We are proud to have the United States and the United Kingdom militaries come together to participate in the C.O.D.E. Bowl,” expressed Dan Goldenberg, the Executive Director of C.O.D.E.

Goldenberg continued: “This will be the first time all military branches have come together for a spirited eSports competition with the added bonus of raising awareness for veteran employment and we couldn’t be more excited to partner with USAA to make this happen.”

“C.O.D.E. Bowl is a premiere gaming event made even more impactful by the work of the Endowment to help place veterans into careers following their military service,” said USAA Chief Brand Officer Tony Wells, who also served in the US Marines.

Already the Call of Duty Endowment has funded work placements for more than 77,000 veterans and aims to help a further 100,000 military veterans gain meaningful employment by the year 2024.

The C.O.D.E Bowl kicks-off next week on Friday, December 11th at 6pm UK time. The big event will be broadcast live on the official Call of Duty YouTube and Twitch channels.

Will you be watching the action unfold at the Call Of Duty Endowment Bowl next week?  Let us know across our social media channels and show your appreciation by reacting to our Emoji’s below.