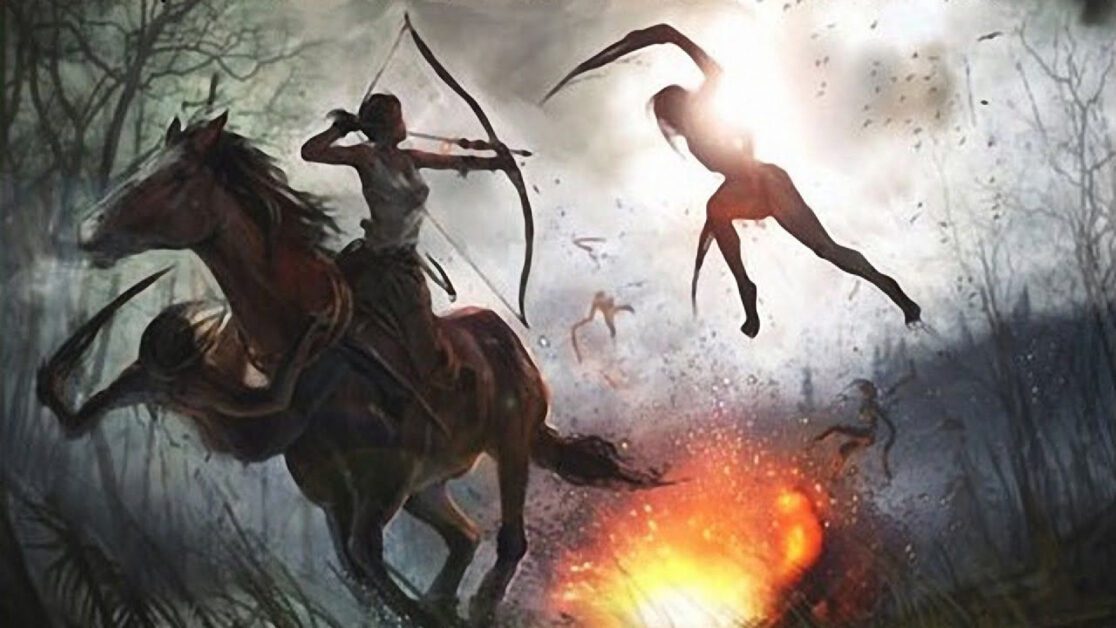 As part of the 25th Anniversary celebrations, Square Enix has released footage of the cancelled horror game, Tomb Raider: Ascension.

Tomb Raider Ascension was certainly heading in a different direction from what fans were used to from this iconic series. Developed by Crystal Dynamics, Ascension was initially intended to be a clean slate for the series until the 2013 reboot arrived.

In the prototype footage, what we see is quite the departure from the usual Lara Croft adventures. Sure, Lara Croft has encountered supernatural beings in almost every game. However, perhaps a game built solely on a horror premise was too much of a departure.

The gameplay footage shows Lara exploring caves and tombs, the standard stuff. However, we were later treated to some eerie creatures that wouldn’t look out of place taken from a Silent Hill game.

Furthermore, we even see Lara Croft travelling on horseback being chased by a giant monster. Seeing Lara Croft on horseback gives me serious Shadow of the Colossus vibes. All in all, you can see much of Ascension’s DNA in the 2013 reboot.

“You think you know me?”

In another video, it’s revealed that Square Enix even went as far as to create concept box art for Tomb Raider: Ascension. In the video, we are introduced to a different Lara Croft. The Lara Croft would eventually star in the 2013 release.

“You think you know me?” says Ms Croft in the video, “think you’ve seen me before. The Brit princess; rich girl with a pretty face; shiny guns and a flair for gymnastics. I think you’ve got me mixed up with someone else.

“I’m not perfect, I’m not bulletproof; I struggle, I bleed, I get cold, I get lost, I have doubts, I know pain, I know fear. One day, I will become a legend, a warrior, a hero, a raider. But first, I will be a survivor. Still, think you know me? Think again.”

Personally, I’ve been a Tomb Raider fan since the very beginning. However, as much as I love this series and the horror genre, I think this would have been too much of a departure for me. That being said, I believe some of the horror elements of Ascension, made its way into Rise of the Tomb Raider DLC, Baba Yaga: The Temple of the Witch.

What are your thoughts on Tomb Raider: Ascension? Would you have liked to have seen Lara Croft in a horror game? Let us know across our social media channels.