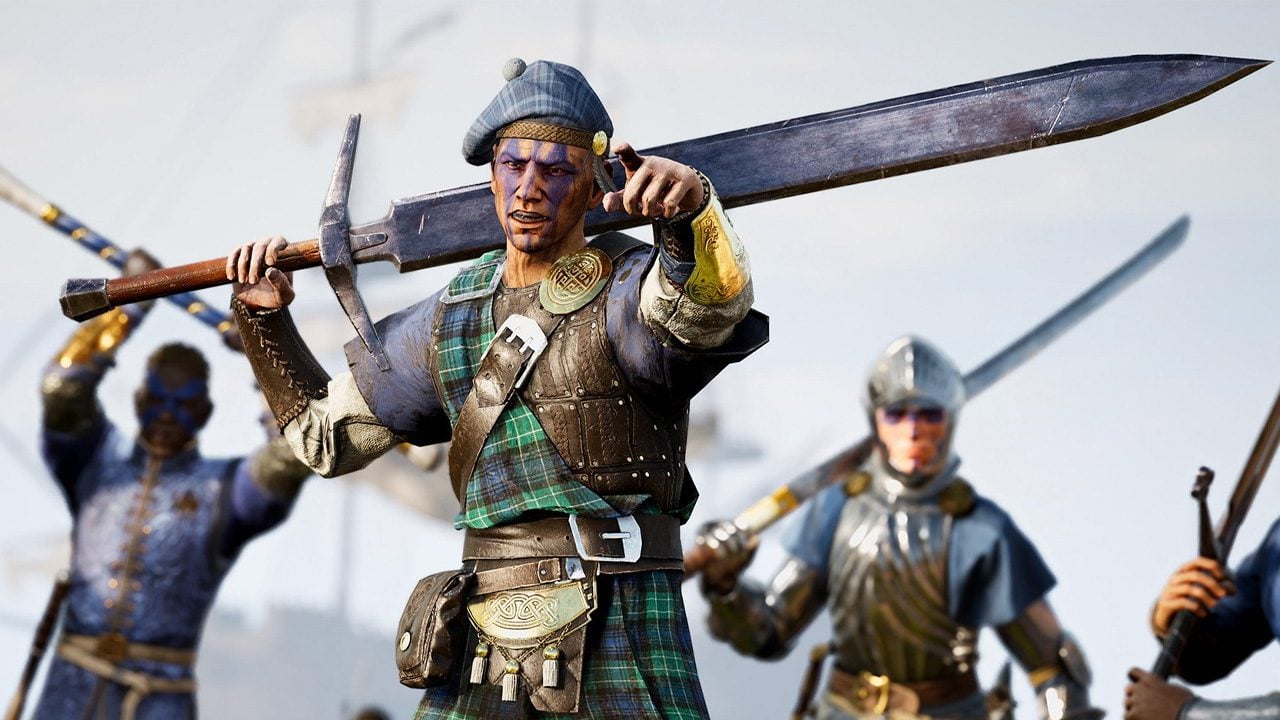 Chivalry 2 was one of the nice surprises of 2021. A sequel nearly a decade in the making that built on everything that made the first game fun. Since launch, there have been some fantastic updates and the team are looking to continue that trend with the House Aberfell update.

The update is out now and doesn’t only bring with it a new raid but a new playable character as well. It also introduces a new weapon and has some other interesting updates too… like stealing pigs!

Want to know everything that’s in the House Aberfell update? Look no further, we’ve got you covered!

A large 64-player Team Objective map that will give you chaos you’ve grown to expect from Chivalry 2 on a brand new medieval battlefield.

The Agatha Knights are invading the birthland of the Mason Order’s King Malric. Those on the attacking team will be tasked with ransacking the village, destroying the ancient stones of the Mason Order and purging the heretical Druids from the land.

What about the defending players? Well, it will be your task to make sure that none of that happens. It may sound daunting but don’t worry. There’s a new playable character type to help you.

The Raid of Aberfell map features the brand new character type: Druids. These are menacing people to take on armed with a powerful staff melee weapon. The top-scoring players during Raid of Aberfell will get to play as the Druids when the Agatha forces trigger the last line of defence.

Whilst destroying the village of Aberfell attacking players can join forces to capture livestock and peasants by carrying them on your shoulder to deny Mason Order’s access to food and labour.

You also have a brand new sword to use. The Highland Sword is massive and unwieldy. It’s an absolute beast of a blade and makes quick work of enemies. It has new animations, weapon values and a special attack. You’ll be able to use it if you’re playing as the Vanguard class and you can customise with new sword skins too such as Giant Claymore and Executioner.

If you’re going to be on the battlefield or raiding a village, you might as well look your best. That’s why the new update brings with it new armoury items too. These cosmetics include the Agatha and Mason Highland Armour Set, War Club – Shepard Staff skin, Falchion – Chopper skin, Messer – Dacian Sword skin, Great Sword – Claymore skin, 10 new Facepaints and more!

Chivalry 2 can be played on PC, PS4, PS5, Xbox One and Xbox Series X|S. The House Aberfell update is available now for free! You can find out even more about it by reading the patch notes over on the Chivalry 2 website.

Part of a paid partnership between GameByte and Tripwire Interactive.