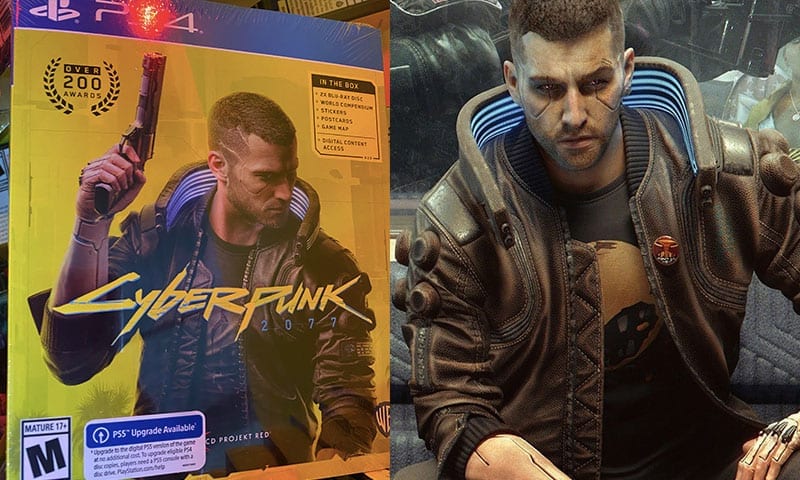 It seems that retail copies of CD Projekt Red’s upcoming Cyberpunk 2077 are already showing up in some stores, with claims they’re out in the wild.

The news comes via Reddit, where a user named Justgonnasendit90 shared a snap of what appears to be the PlayStation 4 version of the game. The image, which you can check out below, shows the boxed game with a sticker reading “PS5 Upgrade Available.” This is particularly interesting, as CDPR has not yet confirmed when the upgrade will be live.

The user also seemed to confirm the game’s install size, adding in a follow-up comment: “The game felt pretty heavy. I know it has 2 discs and from what I saw a couple goodies inside the case. I couldn’t get a look at those unfortunately. Also looks like the games is 70GB.”

We’re almost there boys. I actually had the game in my hands. from r/cyberpunkgame

However that initial 70GB install size will be likely to be much larger following launch with post-launch updates and DLC.

The initial news of the copies of Cyberpunk 2077 being set loose was posted by a Reddit user by the name of Justgonnasendit90 understandably boasting: “We’re almost there boys. I actually had the game in my hands.”

Over on Twitter, another user shared an image featuring a pile of physical copies of Cyberpunk 2077 on PS4.

It doesn’t end there though, as there’s also been reports of gameplay having leaked early. If you’re trying to keep away from spoilers, now’s the time to leave the internet…

Prior to the most-recent delay, developers CD Projekt Red announced that Cyberpunk 2077 had gone Gold and infamously promised no more delays before the game was delayed again.

However seeing as the photo of the physical copy looks very legit, I very much doubt that Cyberpunk 2077 will be delayed again – at least on PS4 and Xbox One.

Are you happy to see that some copies of Cyberpunk 2077 are out in the wild and now in the hands of a few lucky gamers? React using our Emoji’s below.