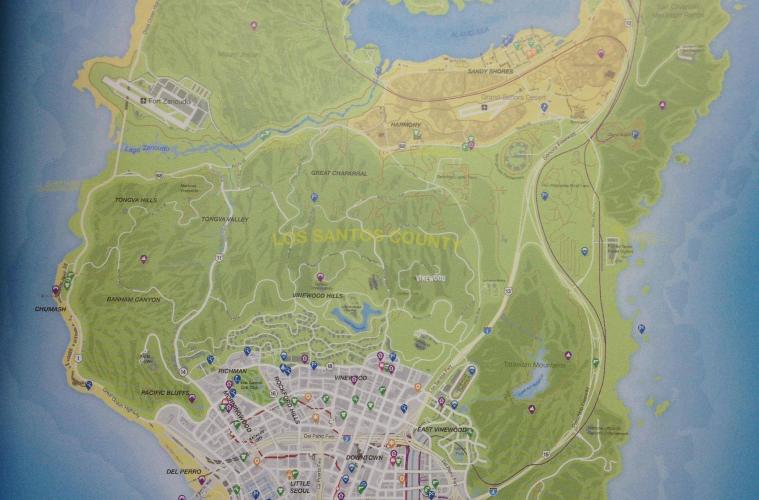 CDPR has said that Cyberpunk 2077 Map is smaller than that of The Witcher 3, but promised it’s going to be considerably more full.

Without any official word on Cyberpunk’s actual map size, Reddit user Lord Parsifal has taken the matter into their own hands in an attempt to solve the mystery.

In a post entitled “Size of Night City – Night City compared with other game maps!” [via SpielTimes] the user first explores the idea that CDPR isn’t quite correct about the size of The Witcher 3’s map.

“The ‘official’ data on the map size of the Witcher 3 is wrong. Blatantly,” writes Lord Parsifal.

“At some conference, CDPR stated that all of the Witcher 3 maps amount to 136 sq km. We know for a fact (and the fans confirmed it) that the GTA 5 map is 81 sq km in size.”

However, Lord Parsifal then goes on to seemingly disprove the size of The Witcher 3’s map, claiming it’s closer to 22 sq km in size, and then redefines what CDPR could mean when it says that Cyberpunk’s map will be smaller.

“My hypothesis is that when CDPR said ‘Night City will be a bit smaller than the world of the Witcher 3’ they meant the fake, 136 sq km world of TW3…” writes Lord Parsifal in the detailed post.

“What I’m sure about is that Night City, Badlands included, will be roughly between GTA 5 and fake-TW3 in terms of size…

“This is the final version of my improved map comparison. This is probably how big Night City is going to be.”

How does the user reach this conclusion? By comparing the two-lane road in GTA 5 with the distance between two shacks in The Witcher 3, and then scaling the map to a 1:1 ratio. In-game unit measurements are also taken into consideration.

It’s a very detailed post, and one you should definitely check out here.

Personally, I think it would be a little strange for CDPR to suddenly backtrack on the canon size of The Witcher 3’s map, just to coincide with an announcement on Cyberpunk’s scale…