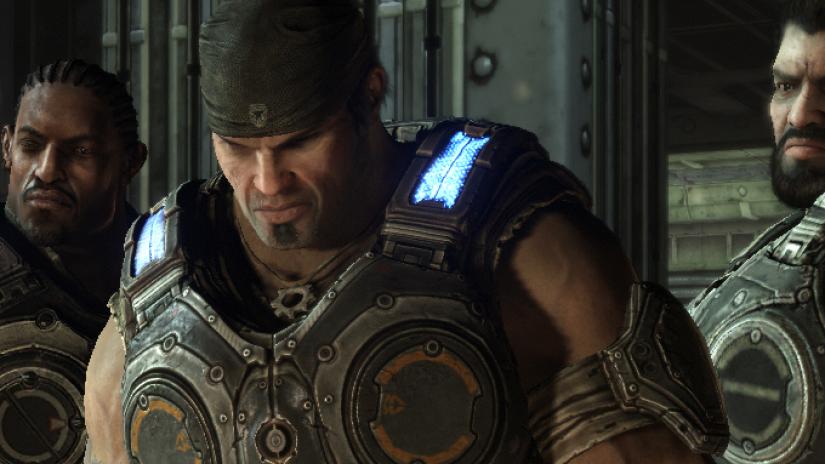 WWE pro-turned-actor Dave Bautista has made no secret of wanting a starring role in the upcoming Gears of War movie.

Since the movie rights were picked up back in 2016, Bautista has been very vocal about his wish to play Gears‘ protagonist, Marcus Fenix, but it seems his outcries have been falling on deaf ears.

After stating multiple times that Fenix would be his dream role, Bautista took to Twitter to say that Hollywould “could give AF” about it all.

They’re listening. And they could give AF! ?.. but thank you for the support. Believe me when I say I’ve tried everything to make this happen. https://t.co/8THxKLkbdV

Earlier this year, Bautista admitted during an interview with GameSpot [via ComicBook] that he’s been chasing the role with Universal Studios.

“I’ve been pursuing Gears of War for years now,” Bautista said. “I believe it’s in the hands of Universal Studios. And I’ve been knocking on their door and badgering them and they are so sick of me, phoning in and asking them where they are with that project.

“But, yes, Marcus Fenix is absolutely a dream role for me. I want that role. So, if you can start a petition…”

I’m not too sure whether or not Bautista knows it yet, but it’s already been announced that the Gears of War movie will be telling its own story, and will be set in a different alternate reality to the games.

Gears of War top dog Rod Fergusson recently spoke with IGN about the upcoming film, which will be a “movie first” and a Gears movie second.

“In order for the movie to be successful, it has to be a great movie first and a Gears movie second,” said Fergusson at the time. “Basically the way that we sort of reconciled that was, we said, ‘oh the movie should be an alternate reality. It should not be dependent on the game story, nor should it influence the game story.’”

Bautista doesn’t need to take the snub seriously then, as it sounds like Marcus Fenix might not even be in the Gears of War movie at all!