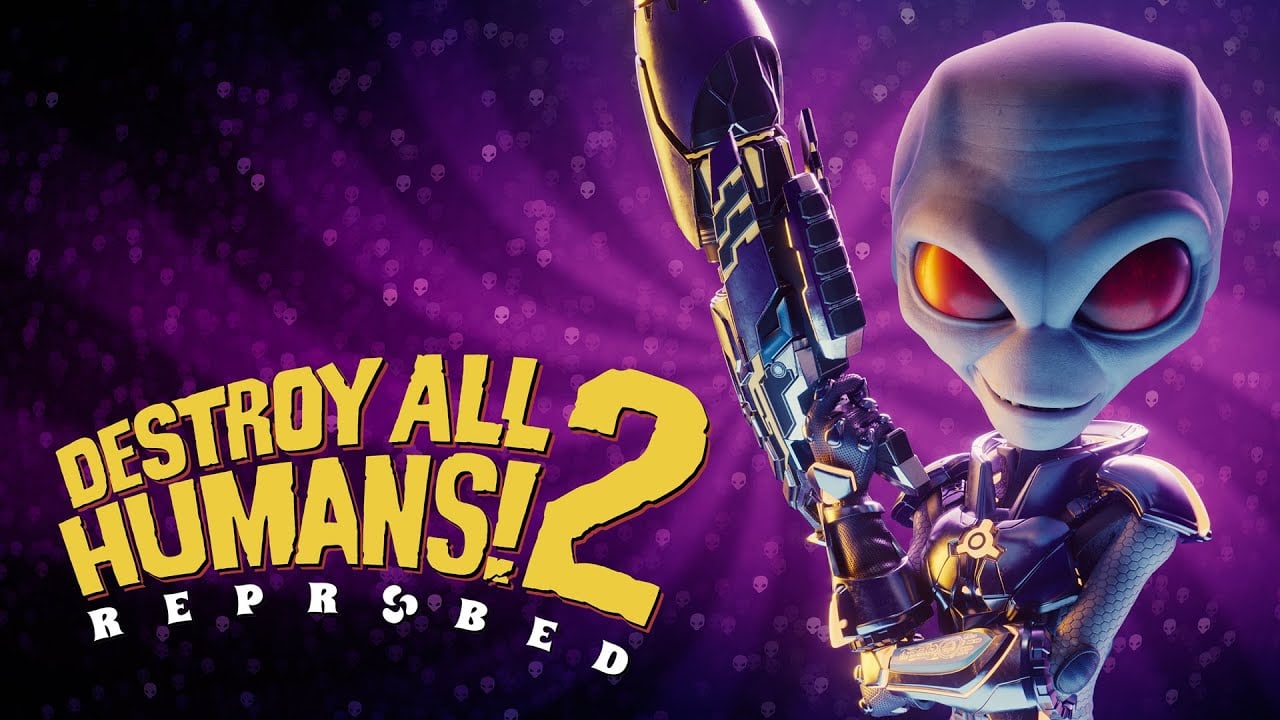 Destroy All Humans! 2 – Reprobed is a remake of the original game released in 2006, which means there’ll be some major improvements when it comes to gameplay. There’ll also be some familiar faces this time round.

Here’s our Destroy All Humans! 2 – Reprobed characters guide for getting fans back into the swing of things:

Crypto 138 (the first martian with genitalia since the Martian War is forced to stop the KGB from destroying America and seeks revenge for the destruction of the Mothership. But Orthopox, before getting killed, downloaded himself into a HoloPox Unit and is still Crypto’s commander in the form of a hologram.

Serving as Cryptos commander and going by his nickname of “Pox”, Orthopox 13 now exists as a downloaded hologram thanks to the KGB blowing up the Furon mothership. Whilst having next to no regard for life, Pox is the calm and calculated half of the Furon duo who helps Crypto find new weapons, items and delivers some important main campaign missions.

Arkvoodle, Lord of the Sacred Crotch

With statues doubling as saucer landing sites for flying saucers, this ancient Furon God came to Earth thousands of years ago. Our very own “Son of Arkvoodle, Lord of the Sacred Crotch” Crypto has also created multiple human cults in his name. His pet, the ancient Furon creature named the Burrow Beast, can be summoned to eat enemies from below.

The eventual apostle and manager of The Cult of Arkvoodle was originally found and rescued by Crypto from the Bay City Police. After his newfound power goes to his head, Shama Llama is later killed by Crypto.

This Bay City hippie can receive radio signals through his teeth, which would make him a font of knowledge usually. However, his hard use of drugs has addled his memory, relegating him to designing posters for the Arkvoodle cult instead.

Originally working with the KGB looking to overthrow the Man, and the creator of Revelade, Coyote soon discovered that the KGB is about to destroy the whole of America. As standard, Crypto later kills Coyote Bongwater.

Ivan is the lead KGB agent in the USA and the same villain who leaves Bongwater for dead whilst trying to nuke Bay City. He however meets his timely demise courtesy of Crypto as he mutates into a Blisk Mutant in Albion.

Allied with the White Ninjas and Crypto, Dr Go! has extensive knowledge about both the KGB and the Black Ninjas.

Caught up in various bouts of angst for Natalya with Crypto, Sergei often looks down on Crypto for his hatred against him. After being infected with Blisk spores, he’s never heard from again.

Gastro backed himself up onto a Holopod like Pox to survive the destruction of the mothership. He is now used as a weapon and has a distinct taste for Furon Folk Music.

After Crypto does a couple of captures and killing missions for SGT. Fauxhall, he’s later forced to kill him whilst under disguise by the KGB.

Full of Furon worship and representing the good guys of the Ninjas, this unusual leader also thinks it’s cool to sacrifice humans. He’s a good twist on the standard good guy formula, that’s for sure.

The Black Ninja Leader gives a disguised Crypto the kill order on Shama Llama. The Black Ninjas are in league with the KGB and like to attack everyone from civilians up to the army.

Hiroto is the leader of the West Yakuza. When he’s not ordering a disguised Crypto around to kill his Eat Yakuza enemies, he suits up to get the job done himself. And fails.

Leader of the East Yakuza and serving a similar purpose to players as Hiroto, Crypto ultimately finishes him off after getting too involved in an over reactive argument about a certain someone’s wife’s attractiveness.

The girlfriend of Coyote Bongwater and a firm supporter of Revelade.