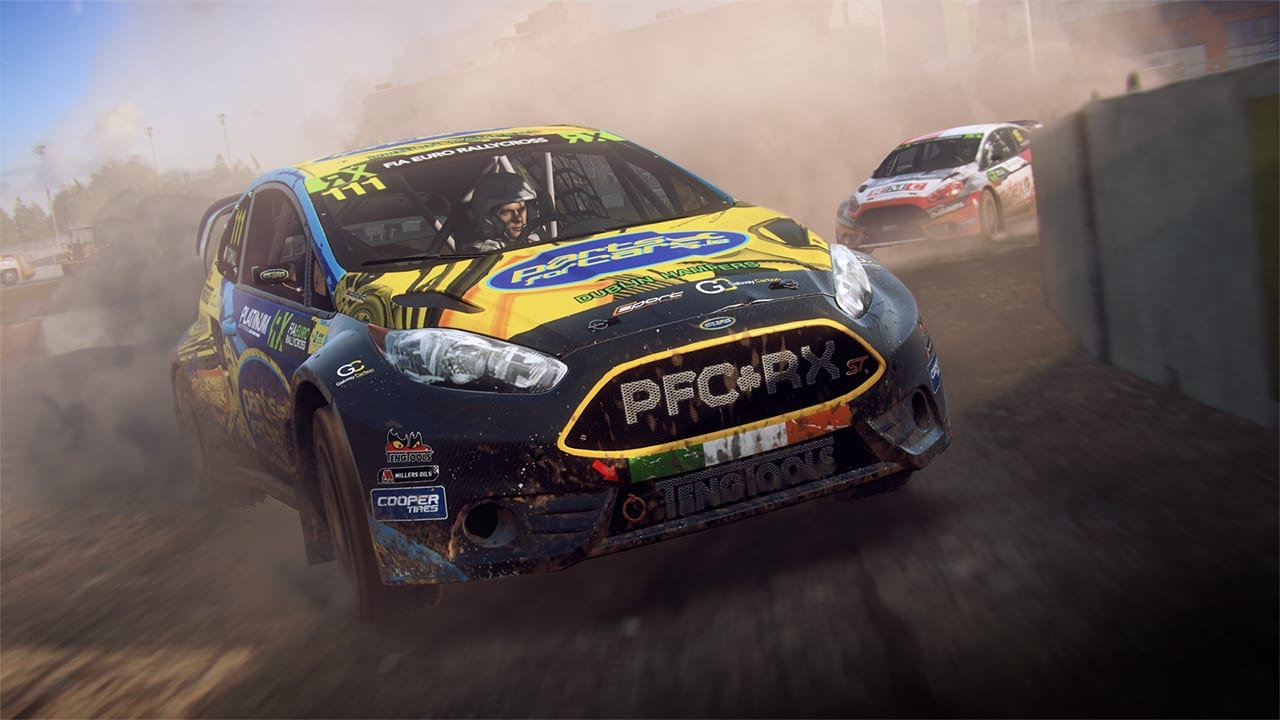 British studio Codemasters, home of racing games such as F1 2018, ONRUSH and DiRT 4 has just announced Dirt Rally 2.0. Not only that but it will be released on PlayStation 4, Xbox One and PC, on February 26th. We were able to get an exclusive preview of the game and talk with the developers. Dirt Rally 2.0 has the World Rallycross Championship licence, giving Codemasters access to all the teams and drivers there, helping to recreate the live season in the game. 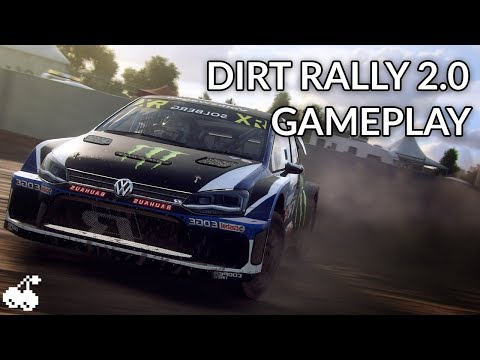 Do we need another Dirt Rally?

The original Dirt Rally (2015) was well received with reviewers particularly praising the fact that it managed to marry realistic simulation to excitement and drama. Simulations which are excessively realistic can sometimes feel a bit dry and dull, which says something about reality. Due to this game designers need to enhance it with thrills, and Dirt Rally succeeded in this aspect. There were criticisms.

One was a relative shortage of content – gamers simply wanted more cars and tracks. Another concerned physics and handling. In layman’s terms, that means people wanted to feel a more realistic and convincing relationship between the sensation of controlling the car and the terrain they could see on the screen. Driving across different surfaces should feel different and play differently, not just look cosmetically different.

It’s clear from playing the game and from talking to designers that Codemasters has made a lot of effort in precisely these areas. In particular, it has solicited help from real-life rally drivers Jon Armstrong, Ryan Champion and Oliver Solberg. Armstrong being a full-time fixture in the Codemasters studio, playing the game and working with designers and the physics team to make a simulation that’s as close as possible to the real world experience of rally driving.

Armstrong says he has been playing racing games since he was five (he’s now 23) and was part of the Dirt Rally fan community “trying to get my input in and now I finally have a chance to work on the game”.

As a real-world rally driver, winner of prizes in the WRC2 class and in esports rally driving, his job has been to be a constant presence on site, testing the game, taking part in development meetings and trying to bring the experience of driving as close as possible to the simulation. 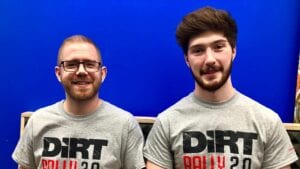 “One of the things we’re really proud of is the track degradation and camber changes we’ve got in Dirt Rally 2.0” says chief designer Ross Gowing. “For players who are quite high in the rally order the tracks are in relatively good condition, they have been swept by the drivers beforehand. But for players who are starting a lot further down in the order there will be heavier rutting in the surface and they will see material being shifted off line into the outside banking. So it’s a different challenge depending on where you are in the event standings.”

This promises to introduce real variety to the game. “Once you’re on a degraded surface in the wet at night, that’s when things start to get really hairy”, says Gowing. The idea is that road conditions make a tangible difference to the way the car handles and are not merely cosmetic. Added to this, senior environment artist Jason Garlick, says, the team married audio to graphics and handling for a more complete experience.

“We work with audio to make sure that what we are creating visually matches with how it sounds as well. When those things come together, you shouldn’t question what you are driving on. When you are lower down in the order there will be rocks and that will give you a different driving feel, it’s more dangerous, essentially, and audio and physics will change with that as well. On a gravel surface, braking is harder and tarmac is sticky so you will hear the tyres screech.”

Improvements have also been made in the handling of rear wheel drive cars. In consultation with Armstrong and Champion, the handling and physics team looked at the way the handling of the wheel interacts with the loose surface and how the angle of the rear of the car changes depending on how much the throttle is being pressed. These were areas in which the professional drivers were able to make a significant contribution.

Stages are another area in which Codemasters has learned from previous criticism. Not all players of DiRT 4 loved the Your Stage feature, in which the game’s career mode consisted of tracks generated by the game. There was a feeling among fans that the stages lacked personality, were repetitive and occasionally boring because the game was taking short sections of track and gluing them together with little concern for the overall result. 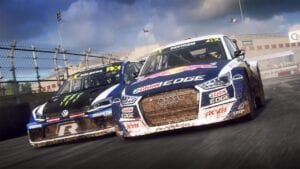 At launch, Dirt Rally 2.0 incorporates 50 new cars, six rally locations and eight rallycross tracks. Of the locations, which include New Zealand, Poland, Australia and Spain, the one that Codemasters is most proud of is Argentina. We got a look at Argentina at the preview and it looks undeniably realistic. Taking place on a grand scale with sweeping landscapes that wouldn’t be out of place in a travelogue. It is a dramatic stage on which the driving can take place and adds to a sense of theatre.

Each car will feel different to drive, promises designer Matthew Rayner. “We spend a huge amount of time on each car”, he says, “and we keep revisiting cars that we think we’ve done early on in development but then we’ve learnt some things with our new tools later on down the line which work well so then we go back to the earlier cars and update them”.

The game will launch with eight rounds of the offical WRC calendar and Codemasters expects to add more from the calendar in post-launch development.

In the view of chief designer Ross Gowing as well as the rest of his team, improvements to handling are the single greatest achievement of Dirt Rally 2.0. In particular, the team “really focused on new tyre compounds and how they interact with the movement on the new surfaces. We’re bringing in tyre compound choices for the first time with Dirt Rally so there are tactical decisions for players to make.” 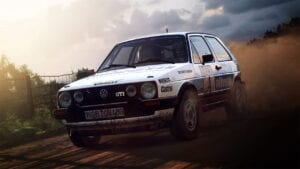 How difficult is it?

Codemasters set the difficulty by comparing professional drivers against those of more average ability. With three professional rally drivers on board, developers compared and measured their times and used these to calculate what the fastest AI times should be. They then used the performances of ordinary, amateur gamers to calculate where the bottom AI times should be and so the game provides challenges with a range of difficulties between those two points. Armstrong can complete the Argentina track in about 7 minutes and 40 seconds whereas a more average gamer might be looking at 9 minutes. If you can get within 50 seconds of Armstrong’s best time, you are doing well.

Some rally game entries from Codemasters have had an arcade feel but Dirt Rally 2.0 shows a renewed commitment to simulation. As environment artist Garlick says, the two are quite different and suit different moods and player intentions. An arcade game is good for a short burst of play when you get home from work. A simulation game is something that anticipates longer play sessions but also a much longer relationship with the game over time. So a renewed emphasis on simulation is seen as a way of rewarding and catering for expert gamers who want to sink hundreds or even thousands of hours into a game.

“Before I started at Codemasters I played Dirt Rally” says designer Matthew Rayner. “I put something like 500 hours into it and that really pushed and propelled me towards [applying for a job at] Codemasters”. 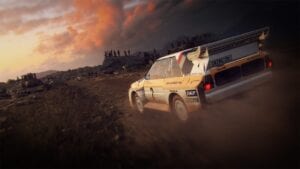 There are at least two groups of consumers that games need to satisfy. On the one hand, there are those expert consumers who are very knowledgeable, very sensitive to any changes, have greater loyalty to games they love but are also much harder to please. On the other hand, there are new players who may be largely oblivious to the subtle differences that the experts take very seriously.

Dirt Rally 2.0 has been designed with the experts in mind. As a result it may not be the ideal choice of driving game for the raw beginner because the detail and customisation options amount to a lot to take in. That said, Garlick hopes that new players will not be daunted by the game’s apparent complexity and will be drawn in by its spectacular physical environments. “From my point of view, when there are screenshots and videos out there, I want people to look at that and think well if it looks that good, there must be more to that game, so I’ll have a go.”

“New players can start with a front wheel drive car which is easier to drive on a simpler track,”, Armstrong adds. “It’s easier to get to grips with so we are trying to get new players and beginner players in to play the game. We want to meet their expectations and get those people involved and one thing we’re trying to do with esports in the future is get younger players in because they see it as a competition and something that they can win.”