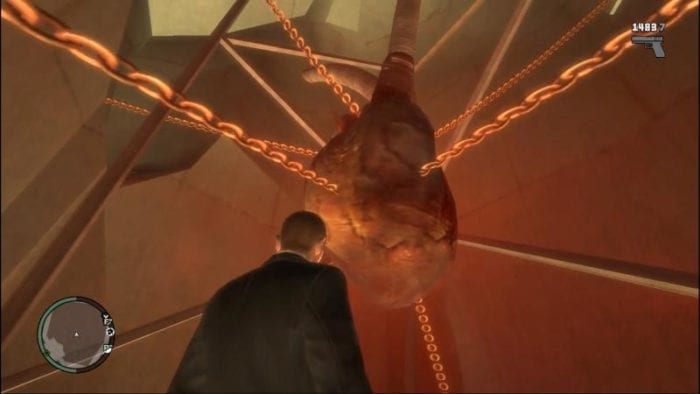 Hidden Easter Eggs are always a great thing to stumble across in a game. They tend to be quite well-hidden (the good ones anyway) and sometimes it takes players years to find them. Of course, there’s also the obvious ones that practically jump into your face, but we don’t really count those.

As for the content of an Easter Egg, they can be references to all sorts of things – people, places, other games, events, etc. In most cases, the publishers know about them – we say most cases because every once in a while, a sneaky developer will hide one without permission – we collected some of the best ones! 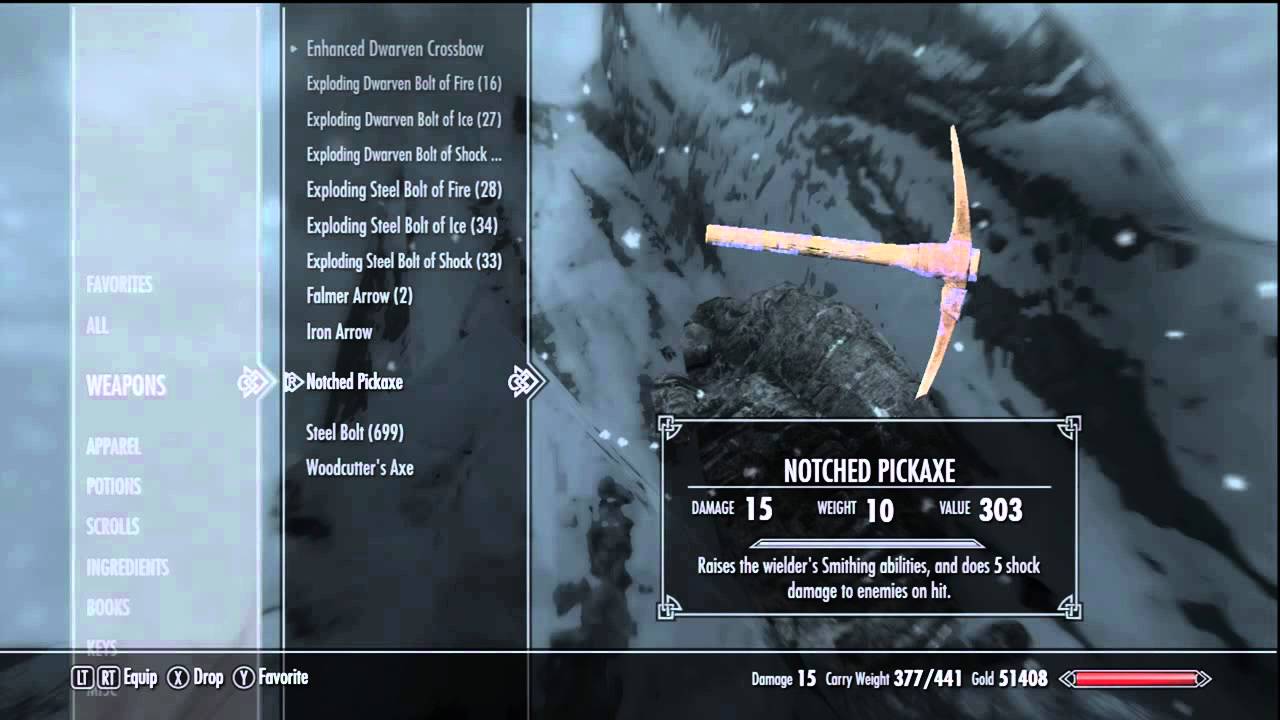 Both of these are insanely popular in their own right, and it’s easy to see why – they’re pretty epic titles. A lesser known fact is that Bethesda – Skyrim’s publisher – is suing Minecraft’s creator over the name of his next game (Scrolls).
Minecraft’s maker Notch was pretty reasonable and offered to add a subtitle or drop the trademark, but Bethesda decided to sue anyway. Funnily enough, he also offered to settle the affair with a Quake 3 match, an offer that was ignored by the Bethesda legal team – despite it being a Bethesda game.

Well, the actual devs that made Skyrim didn’t seem to agree with the treatment too much as they included a Minecraft Easter Egg – at the Throat of the World, you can find something called the Notched Pickaxe. This is a double reference to the name and primary tool of the game, and we like it. Turns out Skyrim’s creator is actually friends with Notch, who offered to include a Toddhowared Pickaxe in Minecraft as a thanks.

That’s friendship for you!

This particular Easter Egg wasn’t hidden in a game, but rather in the console itself. The Dreamcast that came out in the year 1999 suffered from many issues, the main one being just how easy it was to hack it. Well, one group in particular called Echelon was responsible for most of it.

When the very last game for the console came out, Echelon found a way to mess with the system so that you could play just about every Sega Genesis game ever on the Dreamcast. In other words, instead of cracking one game they cracked hundreds.

How you may wonder? With the help of (allegedly) one Gary Lake. More to him later – for now lets focus on Echelon. Many years after the incident, two gamers found an odd .txt file in the aforementioned last game, titled echelon.txt. Within it were instructions on how to use the console to play Genesis games – in other words, Echelon had inside help.

The note was signed by a ‘Gary’ – right before Gary Lake left Sega. If you’re wondering whether he was sued or something…no he’s gone on to be the director of technology at Capcom. Good guy Gary is real! 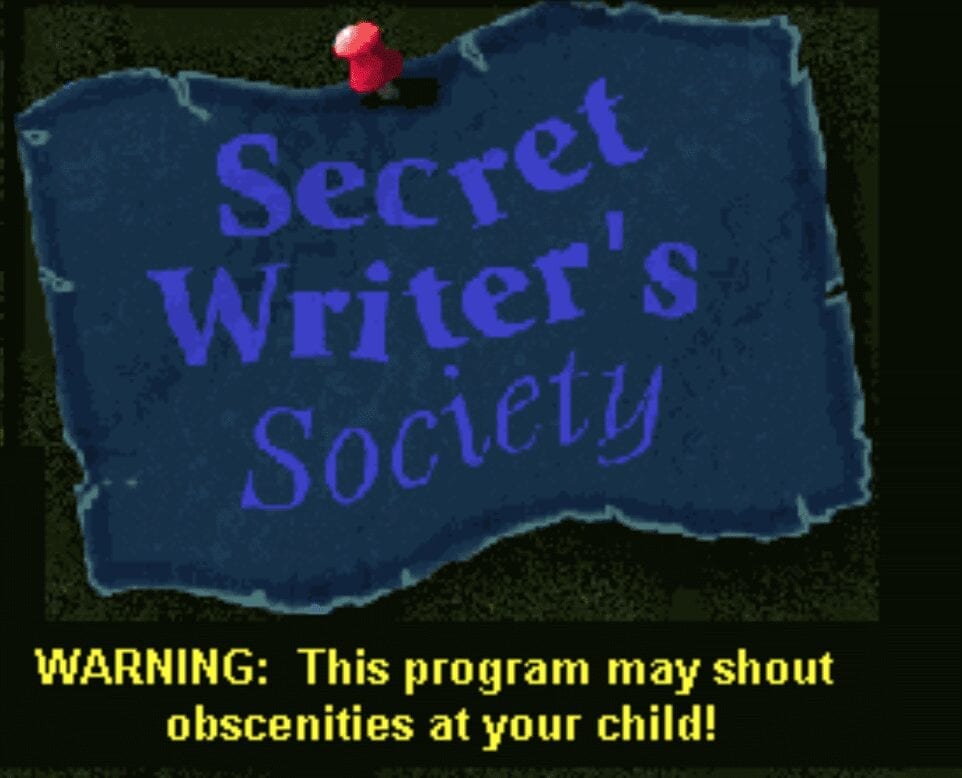 Educational games are on the low end of the totem pole when it comes to Easter Eggs – after all, what would be the point? The options for Easter Eggs that kids would understand are limited at best.

This game however did include one – by ‘accident’ of course. The game has a text to voice tool that reads sentences back to the players. So far so normal – if you type in more than four lines and click the box twice instead of once, the game spews up the message after prefacing it with several curse words.

Panasonic – the makers – apologised and said it was due to a bug – the game had a word filter to prevent certain words from being read out loud. Which is presumably why they went and recorded audio files for these words to begin with. There is an alternative theory – RTMArk.com has gone on record saying they paid $1000 to a dev of the game to include this Easter Egg. If you consider this happened in 1998, that’s pretty ballsy! 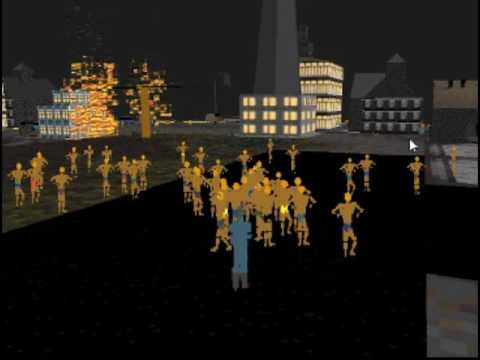 Before Maxis settled on the Sims, they tried a few other simulation games. Most of them crashed and burned, but SimCopter had some redeeming qualities. In it, you fly through cities you designed yourself, rescuing people from rooftops etc.

When you’re done, you will occasionally be greeted by dancing bimbos (no that’s really what the programmers called them). Although weird, this alone isn’t the issue. One particular programmer named Jacques Servin decided to replace the bimbos with men in Speedos. He also made it so that if you run into one, you have to kiss him – full with a lip-smacking sound. Originally, they were only supposed to show up at certain dates, but Servin made a mistake, and they showed up much more often.

So often in fact, that occasionally, small gay parades would form around the helicopter. The publishers didn’t discover this until after 50000 copies had been sent out. Servin was fired, RTMark paid him $5000 for his stunt, and the world was a little gayer for it. 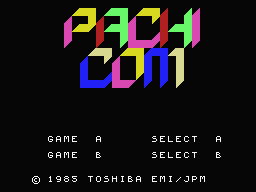 It started pretty early on with the Famicom, the very first Nintendo console. Of course back then, all games available were more than PG and mostly featured things like slot machines or pinball games. On the surface anyway. One game in particular – the Pachi Com – was filled with a huge rant by a programmer named YS.

The rant is so long it actually takes up 5% of the game’s space. Essentially, it’s a long, long rant about how much he hates his work and his bosses – and it reveals yet another message in the MSX Pachi Com. That message (presumably by the same dude) is essentially a fap joke. Real classy.

YS isn’t the only one with a grudge though. A Famicom game from the creators of Pac-Man has a message like this one, except it’s actually accessible in the game – if you wait an hour and a half and then press a certain button combination. This guy was particularly offended by his colleagues sex life, dishing out intimate details and names of the women involved.

Just when you think it can’t get worse, a developer decided to put a very explicit rhyme in the form of a personal ad into the game Ganso Saiyuuki: Super Monkey Daibouken. He included his full name, age and contact info with it. Compared to the anonymous rants, that takes a lot more guts. Not that we approve or anything.