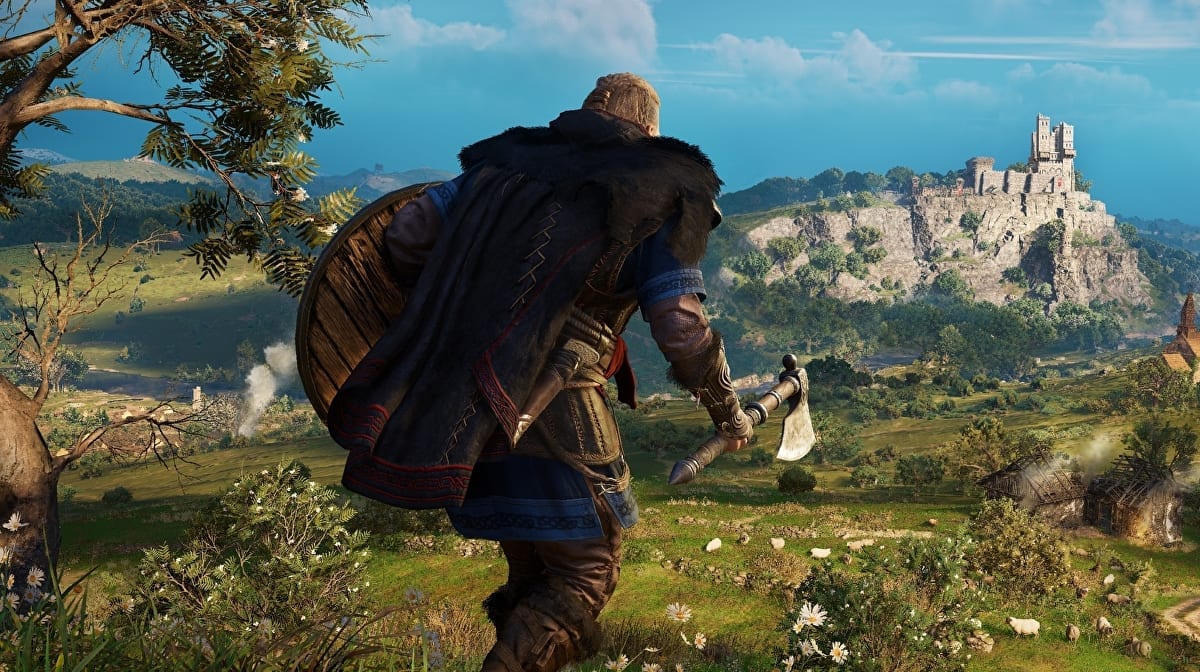 Evidence of a third piece of Assassin’s Creed Valhalla DLC has been discovered within the game’s code, and it seems to reveal where Eivor is headed next.

“Here is the ‘bomb’ The kingdom of Muspelheim is present in the files of #ACValhalla with the mention ‘DLC’!

“So beware: either it is planned in one of the two DLCs, or it is “Meteor”, or it is remnants of development (which is now discontinued)”

According to the creator’s findings, the DLC will be based on Muspelheim, which is the Nordic realm of fire inhabited by fire giants. Nose mythology also states that a jötunn guards Muspelheim, by the name of Surtr.

So, lore aside, what does this mean for Assassin’s Creed: Valhalla? Well, the code seems to signify that Muspelheim will be a new location within the game, which suggests that it could be DLC. However, there is also a chance that the code could be referring to cut content that didn’t make it into the final game.

While j0nathan has been a reliable source in the past, it’s worth mentioning that Ubisoft hasn’t announced any Muspelheim-related DLC plans. Therefore, it’s best to take any news of new Valhalla content with the usual grain of salt.

Ubisoft’s latest Assassin’s Creed game has been a commercial success since its release. While the company regularly releases Assassin’s Creed titles, it looks like Valhalla’s might be set to last a little longer.

Assassin’s Creed: Valhalla is currently available on PlayStation 5, PlayStation 5, Xbox Series X/S, Google Stadia and PC. You can also grab a physical copy of the game on the GameByte Shop!