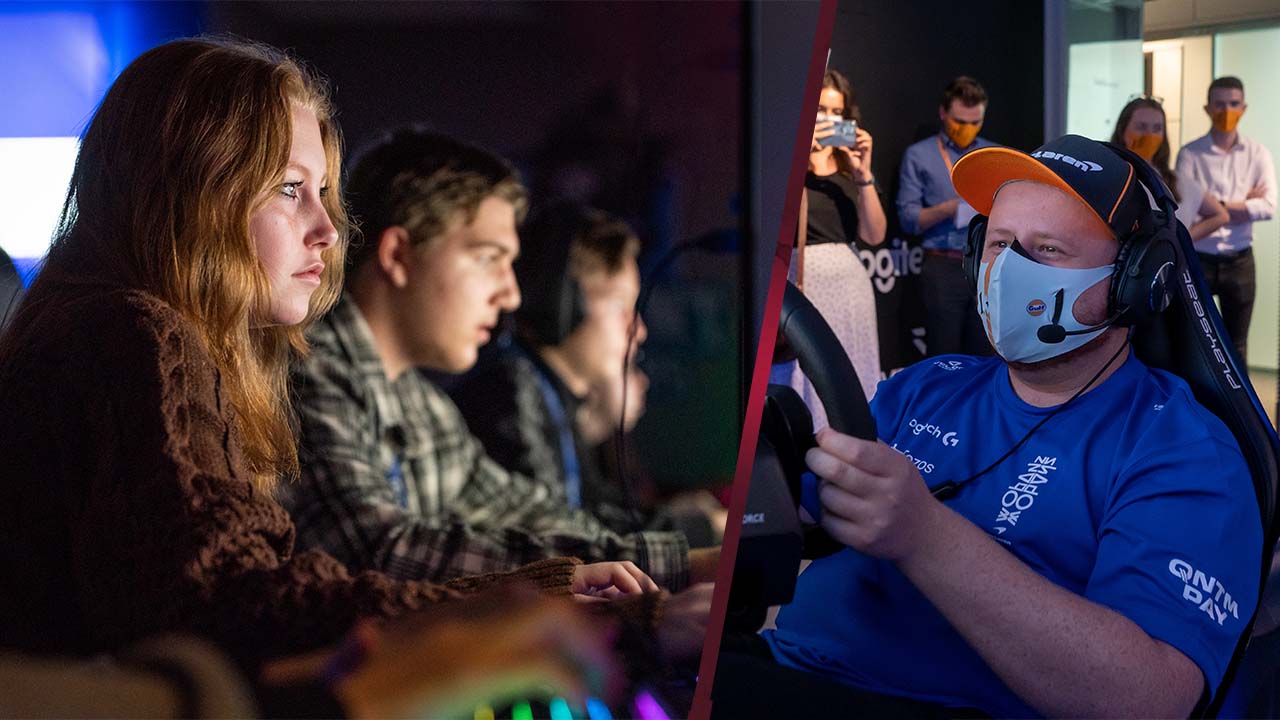 A new research project has uncovered that two in three UK parents believe that esports plays a positive role in education.

The research project was helmed by Dell Technologies in collaboration with McLaren Motorsport. The infamous car designer and manufacturer is currently leading its own foray into the world of esports. As such, it hosted a press event at the McLaren Tech Centre in Woking to talk us through the research.

There, we were able to hear the thoughts of Gary Tibbett, the Education Manager at the British Esports Association. Lindsey Eckhouse, the Director of Licensing, Ecommerce & Esports at McLaren, was also there alongside spokespeople from MidKent College and Dell.

Dell’s research project executed a survey that spoke to 500 educational stakeholders and 1,500 parents of children aged 11-18. The intention was to gauge public perception of the role of esports in education. The UK esports industry has grown by an average of 8.5% between 2016 and 2019. As such, there is now an abundance of career opportunities within the industry, beyond just competing.

Gary Tibbett has helped to develop an all-new BTEC qualification that’s centered around esports. He told me about all of the different job opportunities that are available within the industry: “When I say esports jobs, I mean the wide array of jobs that lead from events, production management, coaching, health and wellbeing, legal, ethics, psychology, nutrition, like the list goes on.” I even pitched in with journalism which has proven a successful games career option for me so far!

However, it’s not just about teaching esports education to find a job within the gaming industry. There are plenty of topics and specialties that esports teaches which can be transferable in other professions. The whitepaper uncovered that 67% of parents surveyed believed that esports can teach students transferable soft skills. 52% also thought that it could help increase prospective grades in other subjects.

I spoke to McLaren’s Lindsey Eckhouse about how esports has provided pathways for some athletes to find their way onto the racing grid. Cem Bolukbasi started out in Formula 1 esports in 2017. In the 2022 Formula 2 season, he’ll be driving for real in a Charouz Racing System car. “I think there are a lot of transferable skills, and it’s an incredibly accessible way to experience real life racing,” Eckhouse tells me.

Obviously, not every esports student is going to find themselves behind the wheel of a racing car. However, they could find themselves making one. Eckhouse also thinks that esports can teach students a lot of the transferable skills that McLaren looks for in its employees. “Teamwork, strategy, problem solving, and collaboration,” she lists. “All of those things are pretty critical to working in any business, but certainly at McLaren. There’s a tonne you can learn.”

How do you teach esports?

It might sound unorthodox to be teaching esports in an educational setting, but the fundamentals of it aren’t that different to traditional subjects. Tibbett says that we have to stop looking at esports as an individual subject and look at the individual skills that feed into it.

“Esports is the term that describes everything within the sphere of the esports ecosystem, just like how traditional sports encompasses everything within sports. Within that ecosystem you have all the tangibles that I spoke about, which is media, shoutcasting, journalism. Within them you then have behind the scenes, people who do the audio decks, runners, scripts – all of those different things,” Tibbett explains.

“What we suggest is that we don’t teach esports – what you do is you become the facilitator. You bring your subject knowledge, your passion, and you keep the student on the right path, get them the grades, and help them out with jobs.”

Dell’s research also uncovered that over two thirds of parents believe that esports prompt inclusivity among children at school. Over 50% also agreed that esports allows for more diversity among its player base. Those statistics are something that would ideally translate to the industry and education of esports, but it’s sadly not a reality just yet.

Tibbett revealed that only 10% of students on the first academic run of the esports BTEC were female. He’s keen to increase these numbers dramatically and has a few initiatives in place to help achieve that. “Women in Esports is a fantastic initiative and is being led by incredible women across the board. It’s about how we get the message out there that these organisations exist and know the fantastic things they’re doing.”

Eckhouse agreed that bringing esports education to the masses should be about brands shouting about what they have to offer. “I think it just brings to light the opportunities and what esports is. It starts to help tell that narrative of demystifying what people people’s preconceived, maybe negative, notions are and then paint it in more of a positive light. I think that can only be additive to the industry as a whole.”

We’ve written up our full interview with Lindsey Eckhouse over on FragHero for further reading. We were also given the opportunity to experience McLaren’s new ‘Shadow’ esports studio, which is leading the brand forward in the industry.

What do you think about the role esports has to play in education? Let us know across our social channels.