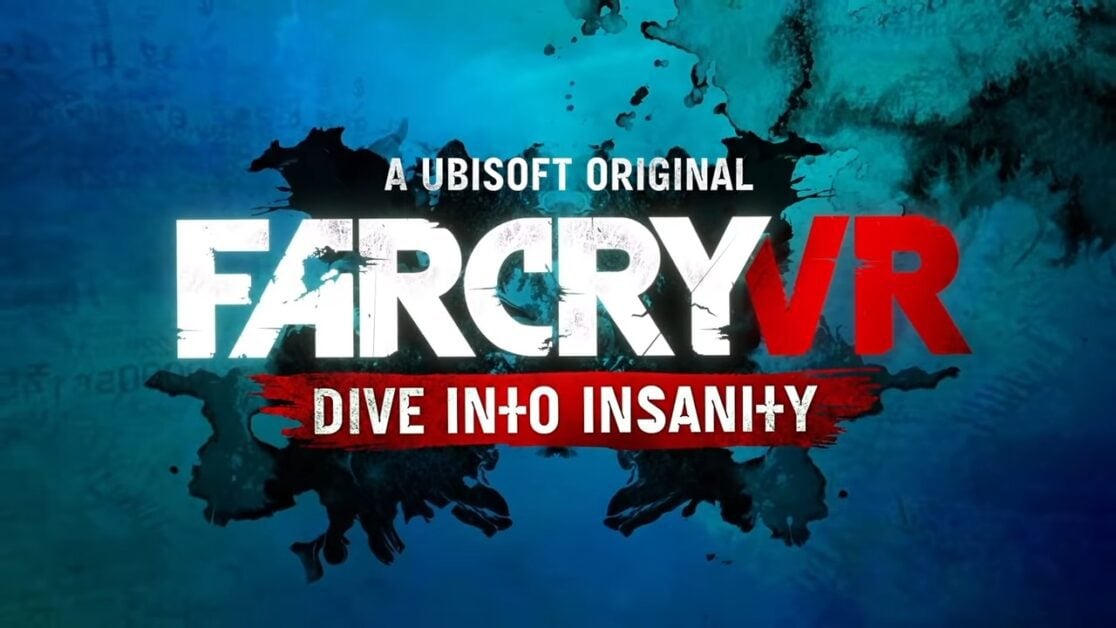 Have you ever wanted to meet Vaas from Far Cry 3 in person? Me neither, but that’s exactly what the latest VR experience from Ubisoft lets you do. However, you won’t be able to play it at home, for reasons that will become apparent soon enough…

Aside from cost, the biggest limiting factor of home VR setups is the space required. For a comfortable experience, you’ll likely need to set aside an entire room dedicated to the art of flailing aimlessly.

That’s where MeetSpaceVR’s Zero Latency comes in. It’s an event space based in the UK that’s capable of hosting free roam VR experiences. Gone are the physical barriers of being cooped in a room, tethered to a PC. With a gaming PC strapped to your back and armed with a life-size gun replica, MeetSpaceVR offers a glimpse at the most immersive VR experience I’ve had yet.

Check out our visit to the venue!

So much space for activities!

GameByte was recently fortunate enough to be invited down to the ZeroLatency venue in Birmingham. Located inside the Utilita Arena, it’s a VR gamer’s paradise. Situated in a massive sports hall is a wide-open stage. Lined with soft crash mats, this is where you can walk around in VR almost limitlessly.

After gearing up and a short safety briefing, we donned our headsets and launched into the world of Far Cry VR. You play as one of Vaas’s prisoners, tasked with escaping from his grasp and fighting through his army of militants along the way. Narrated by Jason Brody, the protagonist of Far Cry 3, it’s a fantastic twist on a nostalgic return to the Rook Islands.

Combat is handled via a physical weapon that you hold in your arms. You can swap between an AK-47 or a long-range crossbow, so there’s a choice of how to take down targets. The full-sized weapon carries a hefty weight to it, adding to the already incredible immersion. Reloading is carried out by pumping a gauge to the bottom of the weapon, which feels way cooler than it probably looks. I found it to be reasonably accurate, making headshots and spray downs extremely satisfying, even if I was a bit rubbish.

The game lasts for about 30-40 minutes and is akin to something like a ride at a theme park. You make your way through several different areas as you’re swarmed by hordes of Vaas’s men. There’s plenty of freedom to move around in each arena, and transitioning between areas is done via a moving gondola and a minor drug trip. It wouldn’t be a true Far Cry game without one of those, after all.

If you’ve played VR before, it can take a while to get used to this newfound freedom. At home, you’re constantly aware of the hazards in your immediate vicinity – walls, ornaments, pets, etc. It can take a while to shake this caution in free roam VR, but once you do it’s incredibly liberating. When I took my headset off at the end, I couldn’t believe the distance I’d travelled from my starting point. It left me disoriented, but in a good way. I completely felt like I’d been transported into the world of Far Cry for half an hour.

Part of why Dive Into Insanity is so immersive is down to its incredible visuals. Helped by a strikingly high-resolution VR headset, the Rook Islands feel alive to wander through. A title logo hanging over a stunning vista brings immense scale t the tropical rainforest. Progressing through each area, you’ll find yourself stepping over wooden bridges with gaps in them. These allow you to see the incredible heights you’re supposed to be walking across. It genuinely made our team tread carefully, despite knowing we were actually in a well-lit sports hall.

With VR’s confinement shackles lifted, there comes an increased element of danger. Thankfully, the tremendously helpful team at MeetSpaceVR are there to guide you safely through the experience. A safety briefing teaches you exactly how to use the equipment and instructs you not to run or jump while in VR.

Inside the helmets are improved proximity sensors to keep you and your teammates safe. An obvious wall appears where physical obstructions are in the real world, so you’re unlikely to walk into anything if you’re being careful. When you get close to another player, a bird’s eye depiction of yourself and the close player appears on your screen. This allows you to see exactly where you are in relation to someone else, meaning you’re much less likely to walk into them accidentally.

In addition,  I found that being able to move around naturally drastically reduced the feeling of motion sickness. As something that I usually suffer with badly when playing at home, feeling relatively ok after our session was a pleasant surprise.

Overall, we felt in incredibly safe hands while taking part in the VR experience. The additional safety measures weren’t too distracting from the actual gameplay and meant that we were able to enjoy our game without injuring ourselves.

Is it the future?

I described Far Cry VR: Dive Into Insanity as a theme park ride, because that’s essentially what it is – right down the high score breakdown screen at the end. However, that shouldn’t diminish how impressive the experience is. To think that we can now have accurate tracking of multiple people in the same, huge VR space is a far cry (pun intended) from where the technology started nearly a decade ago.

While we’re far from seeing spaces like these replicated in our own homes, I do hope that we start to see more free roam VR experiences surface. It would be fantastic to see something like Half-Life: Alyx playable in such an open space. Free roam VR is a fantastic glimpse at the direction VR is heading. Contrary to the belief of some, it’s a gaming technology that is far from dead.

If you’d like to experience Far Cry VR: Dive Into Insanity for yourself, you can book online via the MeetSpaceVR website. There are venues in Nottingham, Wembley, and Birmingham, and a selection of games to choose from besides Far Cry!

Would you be up for giving Zero Latency VR a try? Let us know across our social channels.