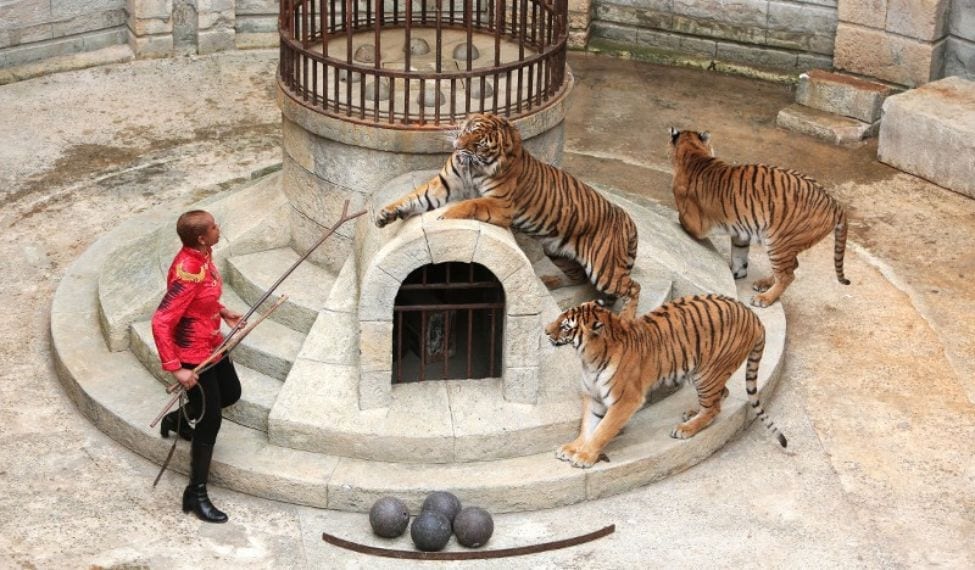 Back in the day there was nothing better than watching gameshows including the likes of Crystal Maze, Takeshi’s Castle and – of course – Fort Boyard.

For those too young to remember, Fort Boyard was the iconic gameshow in which contestants have to complete physical challenges to win prize money.

It had history, it had excitement and it had tigers. It was AAA entertainment that’s been missing from our lives since the early 2000s (RIP).

However, it looks like all is not lost for Fort Boyard fans, as it’s emerged that the show will be revived in the form of a video game.

French party game developer Microïds shared the news on Twitter, writing: “Fort Boyard is back in a party game that will be released on PlayStation 4, Xbox One, Nintendo Switch, PC and Mac in June 2019”

The surprise announcement has really hit us in the feels, because OMG IT’S FORT BOYARD!

Check out a clip from the original television show below.

Whether or not it’s going to be the next Overcooked! or Mario Party remains to be seen, but from the screenshots shared by Microïds, it’s definitely going to be a fun one.

There’s no word on whether or not the French dev is planning to launch the game worldwide or just in France, but here’s hoping it’s going to be playable for all.

Check out the box art in the tweet below!

Hopefully this will pave the way for more reimaginings of our favourite television shows of yesteryear.

Can we get Supermarket Sweep on the Nintendo Switch next please?!

Fort Boyard the video game will be released on PlayStation 4, Xbox One, Nintendo Switch, PC and Mac in June 2019.