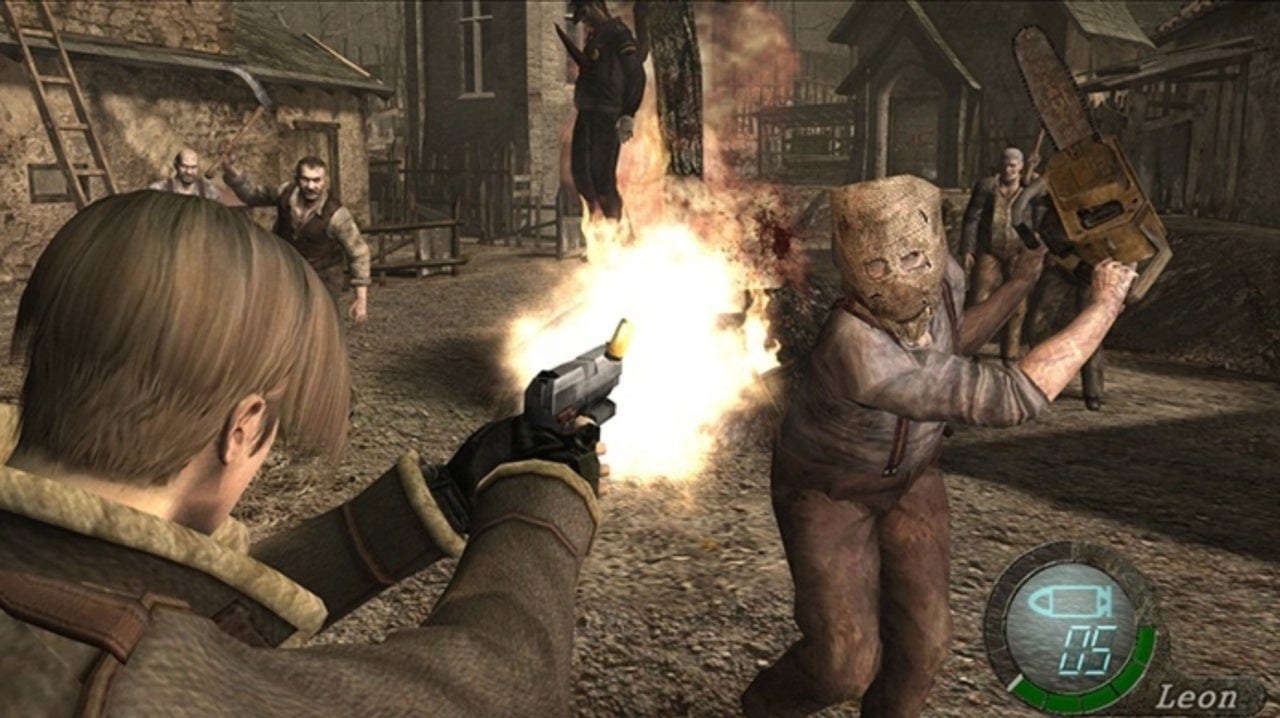 Resident Evil 4 was the first horror game I ever played, and the first encounter with the Chainsaw Guy is a moment I’ll never forget for the rest of my days.

As spotted by Kotaku, a YouTuber by the name of Dante Ravioli Proof has discovered a way to use the door animation to take out Dr. Salvador, and it’s honestly very impressive. (Also, TIL that Chainsaw Guy is called Dr. Salvador. Who knew?!)

Dante Ravioli Proof repeatedly uses Leon’s kick animation against the door as it opens with Dr. Salvador behind it. Surprisingly, it’s a seriously impressive way to kill the enemy. Plus it has the added bonus of being very funny to watch.

As you can see, it’s not the quickest way to get the kill, taking the YouTuber almost 30 minutes to get him got.

However, around half of that time was spent on trial-and-error attempts at the door kill. Once into the swing of it, the battle – if you can call it that – takes around 15 minutes.

The same technique can also be used against the much-tougher RE4 enemy, the Verdugo. Trying this one out took Dante Ravioli Proof two whole hours, and I salute the dedication to the cause with that.

“This took so many attempts that my thumb was starting to hurt after mashing the ‘door open’ button for so long,” Ravioli said.

Check out that super impressive kill below.