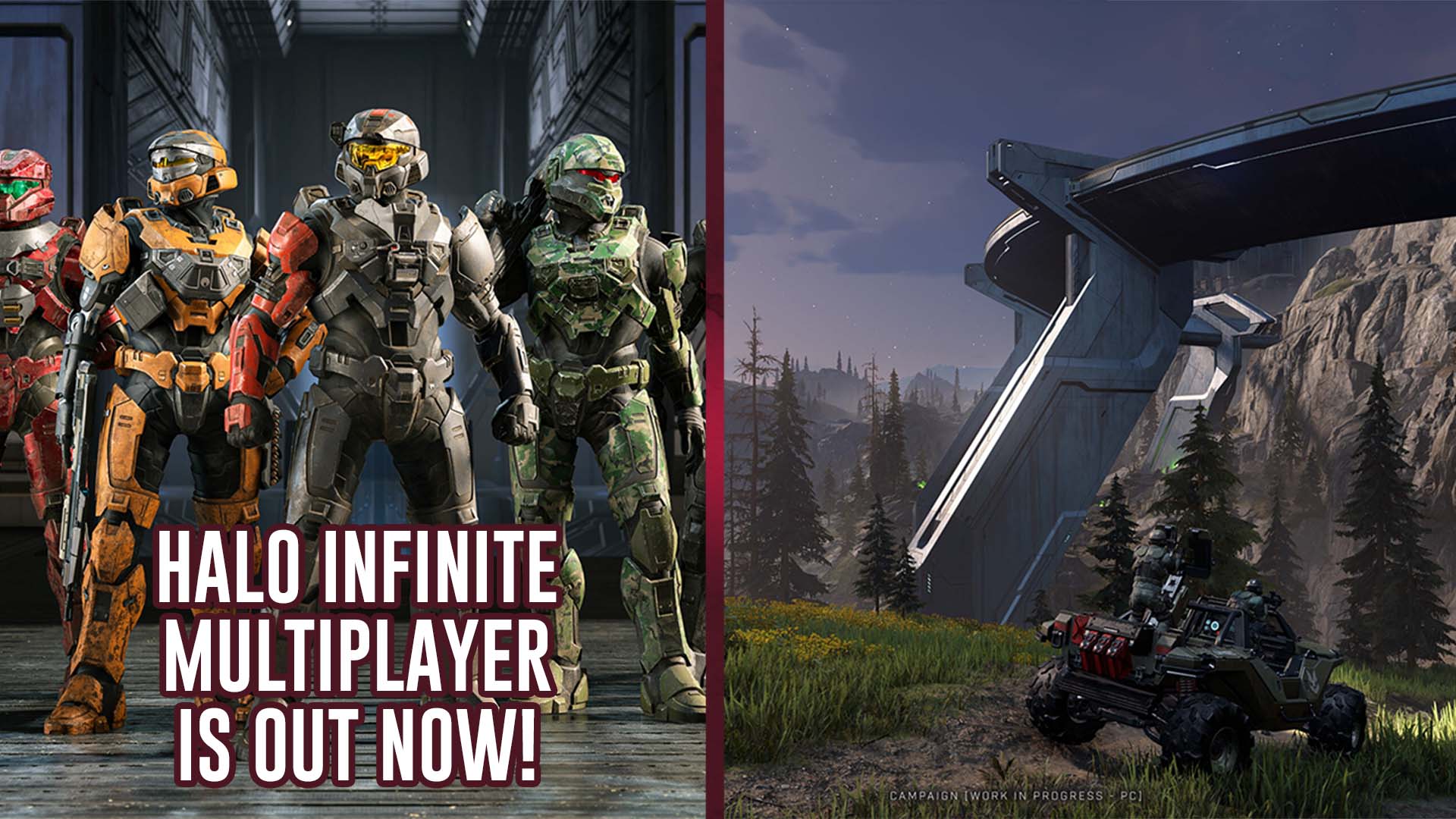 In a completely left field move, Microsoft has announced that the Halo Infinite Multiplayer is available to play right now as part of Xbox’s 20th anniversary celebration.

Halo Infinite was meant to release on December 8th alongside a fully fledged campaign mode. However, Microsoft and 343 Industries has surprised us all by announcing that fans can play the Halo Infinite Multiplayer beta right now. What’s more is that the Multiplayer component of Halo Infinite is free to play, meaning that anyone can jump in and play regardless of whether they’re pre-ordered the game.

While called a “beta”, this version of the game will feature all of the maps, weapons, and season progression that will be available at launch. That includes the Season 1 battle pass too!

Halo Infinite has seen a turbulent development cycle with the game originally intended to release alongside the Xbox Series X last November. After a lengthy delay, its campaign mode is now scheduled to release straight to Game Pass on December 8th. We’ve heard of games getting delayed before, but it’s unheard of for a game’s release date to be brought forward.

Who saw that coming?!

This stealth release was rumoured by industry insiders Tom Henderson and Jeff Grubb over the weekend. Both were fairly cryptic with Henderson simply saying that he’s “excited for Halo Infinite tomorrow”. He went on to clarify that, “As of 1 hour ago there have been no signs or indications of a delay to the rumors of people playing #HaloInfinite tomorrow. Microsoft is known for changing things last minute, but up until now…”

Grubb was even more elusive, saying on Twitter: “With the caveat that launching games is nearly impossible and things could still go wrong, I’m gonna lean toward “poor battlefield” for tomorrow.

“And I am playing a bit of weatherman. I’m not saying it’s definitely going to rain, but I’m saying you should take your umbrella … rain here is a shadowdrop.”

It sounds like Microsoft was planning a shadowdrop for a while but last minute problems had those plans on ice. Well, the cats out of the bag now. Players can finally get their hands on Halo Infinite Multiplayer after over a year of waiting.

Are you pleased to see Halo Infinite launch a month early? Let us know across our social channels.