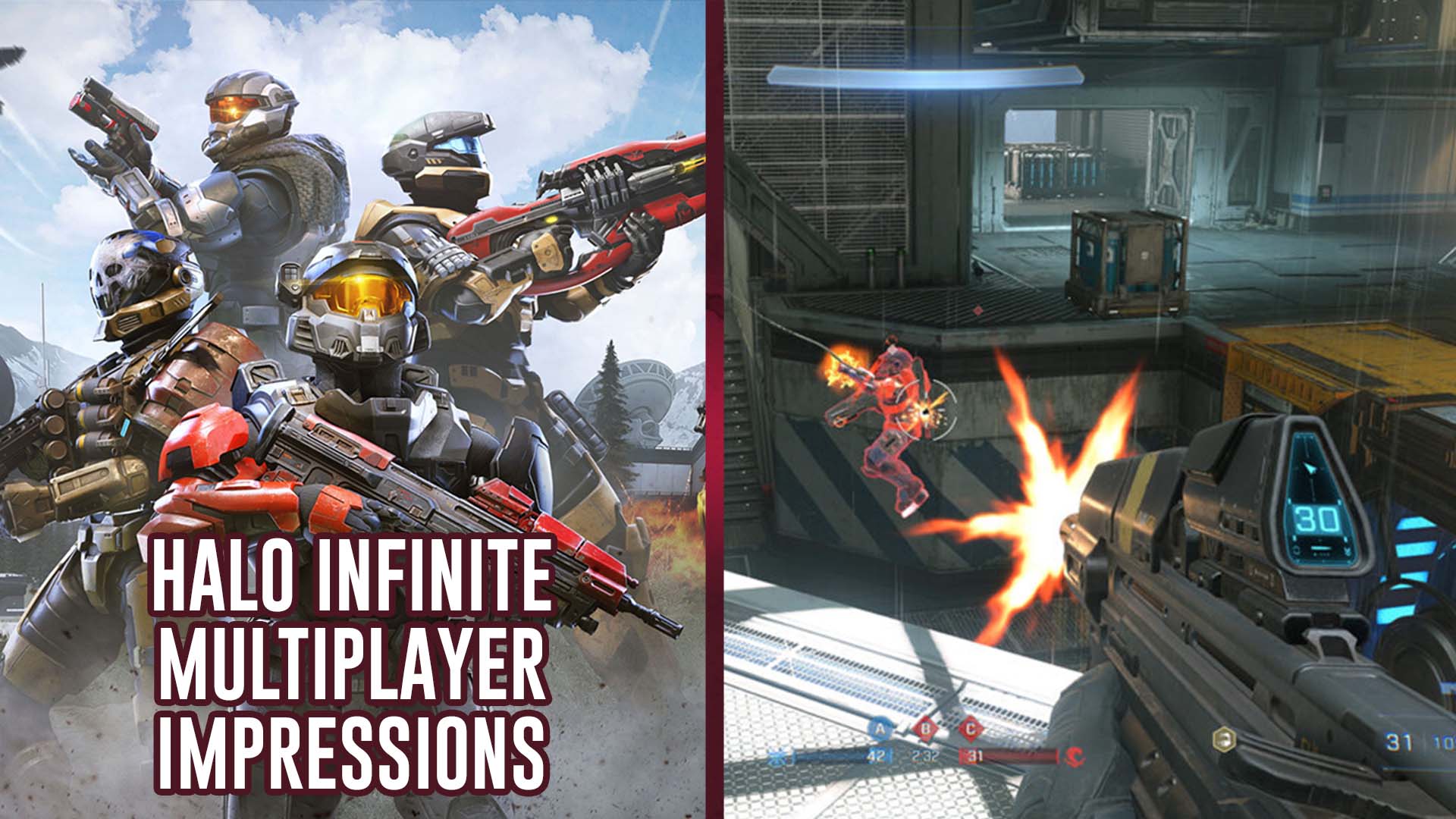 Never in my life have I heard of a video game release date getting pulled forward, but here we are. Microsoft surprised absolutely everybody last night when it revealed that the Halo Infinite Multiplayer beta was available to download immediately. As a lifelong Halo fan, I, along with much of the internet, lost my mind.

For context, I’ve been playing Halo for as long as I can remember. My earliest gaming memories of the Xbox 360 were from going round my mates after school and rinsing Halo 3 forge for hours on end. It was a shared love of the series through which I found best friends, several of whom I now actually live with. When five of our original Xbox 360 crew all jumped on to try the Halo Infinite Multiplayer last night, it was a magical moment.

The magic continued throughout the entire four hours I went on to play of Halo Infinite. As it stands, there’s currently two playlists to enjoy. One is a set of close quarters 4v4 modes while the other is a collection of larger 12v12 battles. Each of the ten maps are intricately designed to accommodate each game mode perfectly. There wasn’t one instance where I felt that a gamemode didn’t fit with a particular map.

In a short amount of time, I can already feel plenty of these maps getting ingrained into my brain. Halo Infinite does away with loadouts in favour of a battle pickup system. Grenades, abilities, and additional weapons all spawn in set locations around each arena. It’s up to players to memorise their locations and play the field to their advantage. Where learning the intricacies of weapons is my favourite part of the Call of Duty games, it’s a similar story for Halo Infinite’s maps. These locales are here to be studied and learned – it’s a process I’m enthusiastic to get stuck into.

These maps are all enhanced by some of the best ambient music I’ve heard in games for a long time. Do yourself a favor and listen to the tracks that play over the main menu screen and after a victory. A cacophony of choir and nutty guitar solos all culminate in an ambience that has no reason to go so hard, but it does anyway. The OST needs to drop on streaming services as soon as possible.

Perfectly balanced, as all things should be

The same can be said for Halo Infinite’s new arsenal. Plenty of fan favourites are here along with an impressive roster of new firearms. Classics like the Battle Rifle and Assault Rifles all operate as you’d expect them to, but are modernised in a way that makes them more satisfying than ever.

Figuring out how the new Banished weapons work will require a bit of practice, but it doesn’t take long to figure out how they work. Pick them up for a few rounds and you’ll quickly get a feel for their unique shooting patterns. Swapping out loadouts and picking up equipment is a breeze. Gunplay and movement synergise in a way that makes you feel as though you’ve total control of your Spartan. It was only a couple of games in that I managed to wipe an entire team, culminating in an instant gib of the oddball possessor with the revamped Rocket Launcher. I may have let out several happy, nostalgic squeals.

The only aspect of Halo Infinite that I’m not sure of just yet is the progression system. 343 has made rumbles in the live service by promising that any purchased battle pass won’t expire. That’s fantastic news, and the inaugural Season 1 has plenty of awesome looking cosmetic items, all themed around Halo Reach.

However, progression is tied intrinsically to completing a series of weekly and daily challenges. Games like Apex Legends have also adopted the system, but the difference being that Apex only has the Battle Royale mode to contend with. There are already a few challenges in my Halo Infinite inbox that I’d rather not take on because I’m not interested in that mode. Challenge swaps are available, though, so time will tell if progression is something that stagnates.

What do we think so far?

If you couldn’t tell already, I’m slightly in love with what Halo Infinite Multiplayer has to offer. I was pretty much set on Call of Duty: Vanguard being my choice of shooter for the next 12 months, especially after Battlefield 2042 turned out to be a disappointment. Halo Infinite has come completely out of left field and transported me into happier times. Even in death, the wild sandbox nature that Infinite fosters pins a smile on my face. If 343 Industries is calling this a Beta, I can’t wait to see what’s in store over the next few months.

Have you been playing the Halo Infinite Multiplayer Beta? Let us know across our social channels.