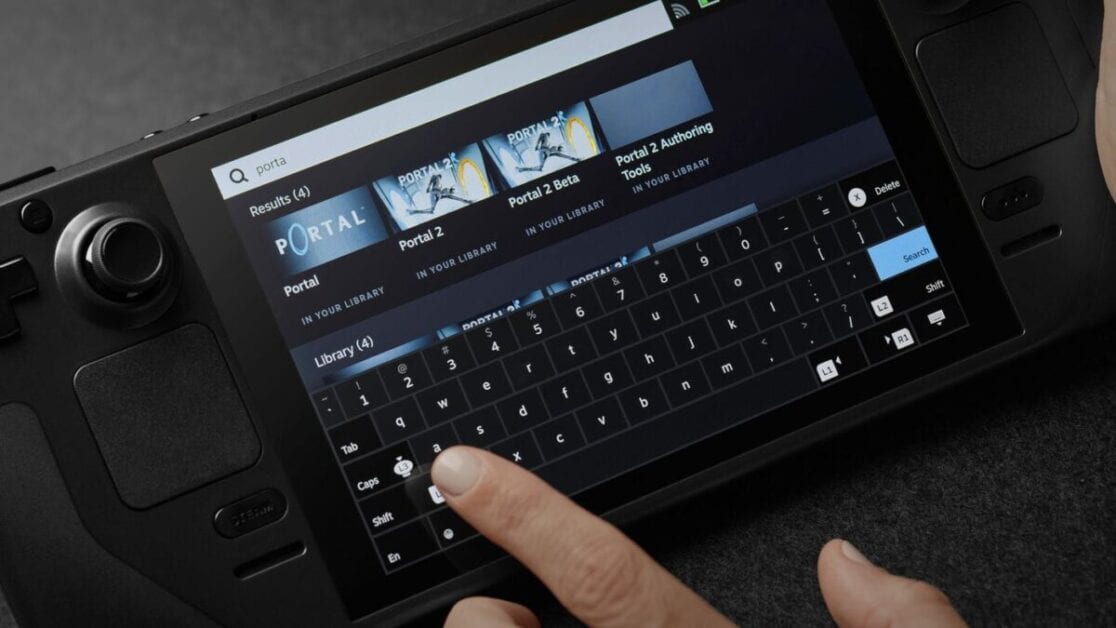 Screenshots of the Steam Deck’s dashboard have surfaced online and it’s looking to be a big departure from Big Picture Mode.

Valve announced its new handheld PC earlier this year much to the delight of many. Capable of playing PC games on the go, it’s pitched as a jack-of-all-trades console that can run just about anything.

Alongside the new hardware, Valve is hard at work developing a new operating system for the console. Based on a version of Linux, SteamOS 3 is intended to also replace Big Picture Mode. That’s the console-like UI available to users on PC.

Screenshots of an early build of the software have surfaced online, courtesy of Pavel Djundik, best known for creating the website ‘SteamDB’. Although the software is still in the development stage, it’s shaping up to be a handy cross between Big Picture and the desktop Steam Library.

A home screen panel shows off the most recently played games, with Deathloop taking centre stage (GameByte’s first 10/10, I’ll have you know). Below that carousel is a longer list of games from the user’s library.

Clicking on a game brings up a much more familiar menu. It’s essentially a condensed version of what you seen on the library screen while using Steam on a desktop. There’s a menu on the right to view friends, DLC, screenshots, or achievements. All of the information is then displayed just as you’d expect if you’re familiar with Steam’s usual layout.

Diving deeper into the settings, there’s a new menu that shows exactly how much storage space is left on the device. A neatly designed progress bar indicates exactly what’s taking up each space. For example, games, DLC, and Steam Workshop content are all separated out. This can help you identify what to delete to make space for new games.

Overall, it’s great to see that Valve is putting some effort into streamlining the SteamOS UI. Big Picture mode is functional on PC, but its design language conflicts with that of the standard desktop app. We don’t yet know when SteamOS 3 is set to release. The first wave of Steam Deck hardware is set to launch later this year. However, many early adopters won’t be seeing their console until next year at the earliest.

What do you think of the new Steam Deck UI? Let us know across our social channels.