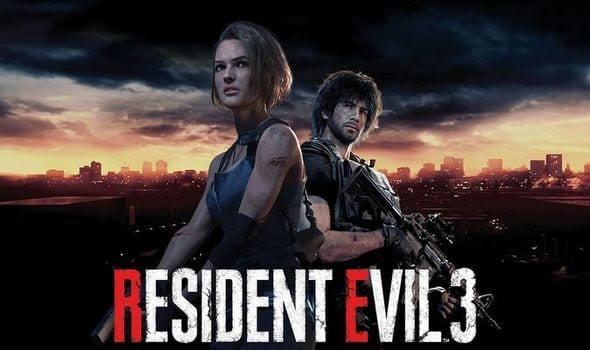 WHAT IS RESIDENT EVIL 3?

The original Resident Evil 3: Nemesis released back in 1999 for the original PlayStation and despite living in the shadow of the first two games, some rightly considers it to be the best of the original three. Produced by survival horror and series legend Shinji Mikami, despite being a numbered 3, Resident Evil 3 acts as a prequel, roughly taking place 24hrs before RE2 with its events then crossing over into Leon and Claire’s story.

In Resident Evil 3, you play as former S.T.A.R.S (Special Tactics A Rescue Service) member Jill Valentine, who is of course the “Master of Unlocking” and star of the original classic, sadly though, there’s no sign of Barry in this story (typical). Jill is trapped in Raccoon City following the T-Virus outbreak that has turned its population into mutated monsters and to stop her or anyone else escaping with the truth and in an attempt of a mass cover-up, Umbrella have sent in their clean-up crew, the U.B.C.S (Umbrella Biohazard Countermeasure Service), with notable characters Carlos Oliveira, Nikolai Zinoviev and Mikhail Victor all playing pivotal roles in the story.

But to take extra precaution, Umbrella has dropped in their most deadly creature known as the Nemesis to hunt down and kill any last living S.T.A.R.S member and anyone or anything that attempts to get in its way!

HOW WILL IT PLAY?

At its core, the original Resident Evil 3 played very similar to that of RE2, but it also introduced some multiple choice scenarios when faced with peril and even had enhanced on its crafting mechanic, from mixing herbs for health to also crafting ammo with resources as you stock-up on your reserves.  So hopefully, not only will we see these mechanics make their way into the Resident Evil 3 remake, but with a bit of luck, we’ll see them enhanced upon, along with some new features and improvements.

In terms of gameplay for the remake, as the original RE3 did following the original RE2, the Resident Evil 3 remake will follow in the footsteps of the 2019 remake with an over-the-shoulder camera perspective, which was likely inspired by the brilliant Resident Evil 4.  However, much like RE3 in 1999, while it did have bags full of Survival Horror, I would expect the Resident Evil 3 remake to have more of an emphasis on action, but still with plenty of horror, especially when being stalked by the sinister Nemesis!

Speaking of which, for its time the Nemesis in RE3 was like something that I had never encountered and when you consider this was way before the days of mass internet, unless you regularly purchased your favourite gaming magazines, we went into most games knowing very little, other than perhaps snippets of information on the story, setting and characters.  So imagine the surprise when you’re unexpectedly ambushed by the Nemesis, which then pursues you throughout the entire game, constantly keeping on your toes with fear.

At the time, the Nemesis didn’t feel scripted, but of course he was.  However, Mr X in the RE2 remake would seemingly stalk the corridors on his own will and was quite possibly the scariest feature in the game.  And with that in mind, considering that the Nemesis looks like an abomination, and is absolutely relentless, while harrowingly uttering the phrase “STARS!” as he enters somewhere in your vicinity, plus the added fact that he’ll have far superior AI to that of the 1999 original, expect the fear of the Nemesis to be blown through the roof, especially as the developers have already promised that the Nemesis will have even “more ways” to track down Jill.

As a side-note, if you exit the front doors of the Raccoon Police Department in the recently released RE2 remake demo, while standing by the front gates, you will hear a cool Easter egg as we prepare for the release of RE3.

HOW WILL IT LOOK?

Visually, of course the Resident Evil 3 remake will be on another level to the 1999 original with it being on the current generation, and powered by the in-house Capcom software, the RE Engine, which powered not only the RE2 remake, but also Resident Evil 7.  The graphical detail to the Resident Evil 3 remake should be immense, at least on par to that of the RE2 remake, but potentially even better.  Naturally and as we’ve already seen, lead characters such as Jill Valentine, Carlos Oliveira and the unfortunate Brad Vickers have been redesigned, and so too will the streets of Raccoon City, and just like the RE2 remake, we can expect to see some new locations too.

WHAT ABOUT EXTRA MODES?

When Resident Evil 3 was announced during a State of Play, Capcom had trolled us all and if you say otherwise (you’re telling fibs).  Prior to its announcement, what was originally dubbed Project Resistance; the asymmetrical multiplayer offering was believed to a standalone game.  Now officially known as Resident Evil: Resistance, this 4v1 game will pit four human survivors with their own skill-sets against one human player known as the “Mastermind”.

The four players will have to get from A to B and escape the arena, while the Mastermind attempts to stop them by placing monsters and traps in their way, the Mastermind can also take control of the monsters, including at certain spells, Mr X for a brief time, and with a bit of luck, perhaps even the Nemesis (but that’s just my speculation).  Personally, after sinking many hours into the beta, I wasn’t all that impressed with Resident Evil: Resistance, but seeing as its all included in the Resident Evil 3 remake and not a standalone game, I won’t be complaining.

ANYTHING FOR THE COLLECTOR’S?

For the collector out there, you will not only be able to pick up the standard edition, which comes with some bonus DLC such as the Classic Costume Pack and if you pre-order on PS4, you’ll also get a Dynamic Theme.  However, there is also a Collector’s Edition available, which comes bundled with an awesome 11” figurine of Jill Valentine, which will fit perfectly alongside the Leon figurine from the RE2 Collector’s Edition.

It will also come with an art book, a map of Raccoon City, a digital soundtrack and a fancy box.  At the time of writing, the Resident Evil 3 Collector’s Edition is only available in North America (which has long sold-out), but I have been personally assured by a Capcom rep, that just like RE2, Resident Evil 3 will have a Collector’s Edition in other regions, so we’ll just have to be patient until its announced.

WHEN WILL IT RELEASE?

Finally, most importantly of all, the Resident Evil 3 remake will release this year for PC, PlayStation 4 and Xbox One on Aril 3rd.

Are you looking forward to venturing into Raccoon City and being stalked by the Nemesis once more?  Let us know across our social media channels.