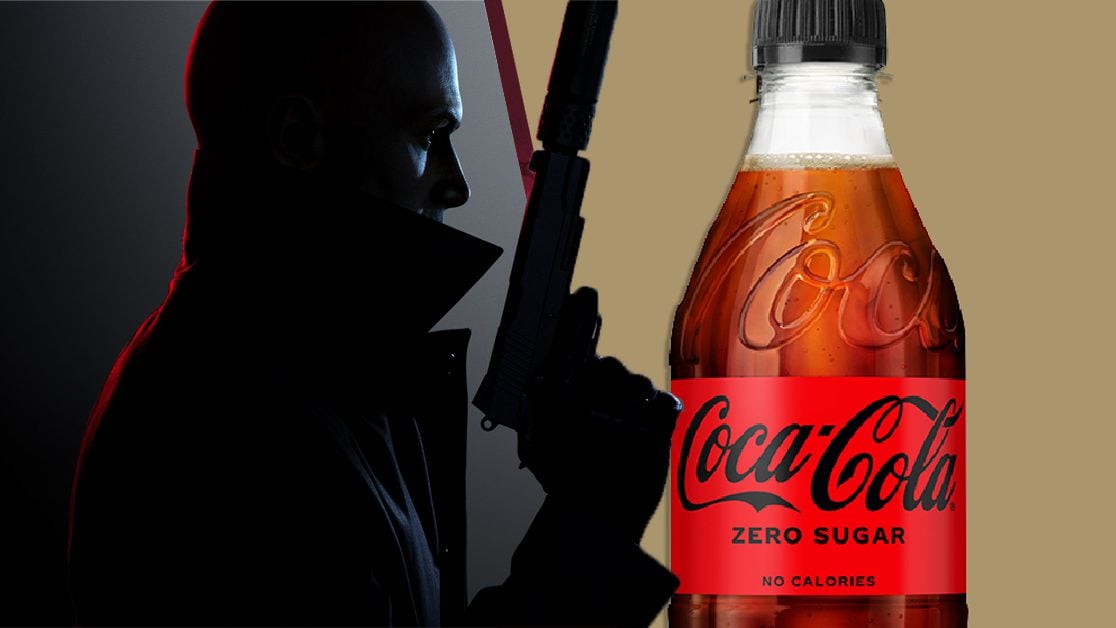 In an upcoming book all about stealth games, Hitman developer IO Interactive revealed that Quentin Tarantino and Coca-Cola were inspirations for the game.

Inspiration can come from all kinds of places, some expected and some not so much. So to hear that Hitman was inspired by Tarantino felt like it made sense, but Coca-Cola less so. And yet, both these things are true.

This tidbit of information comes from games journalist Kirk McKeand’s upcoming book, History of the Stealth Game. McKeand recently shared a couple of excerpts from his book. Where he spoke with developers from IO Interactive about the fizzy drink and noted director.

And after that, the developer wanted to create a strong, recognisable brand for itself. IO Interactive co-founder pointed towards Coca-Cola, and how even if you just have the letter C from an old bottle, you’ll recognise it.

“but that could be any bald man”

This idea of creating something instantly recognisable was used when designing Agent 47. Of course, a big part of his look is his baldness. “But that could be any bald man in a suit,” wrote McKeand very aptly. “So the team took some more literal inspiration from a bottle of Coke and stamped a barcode on the back of the character’s head.”

The inspiration from Tarantino’s works comes down to art director Tore Blystad. Who wanted to take a different tone with Hitman Absolution. “Heavily inspired by Quentin Tarantino movies, the tone shifted to lean more on the dark humour aspect of the series, with Chicago being chosen as a setting due to its urban variety, desert badlands, sleepy suburbs, captivating art deco architecture, and exciting cityscapes.”

If you want to learn more about the history of stealth games, then The History of the Stealth Game will be available from October 30.

And if you fancy playing some Hitman after reading this, the whole trilogy is available on Game Pass.