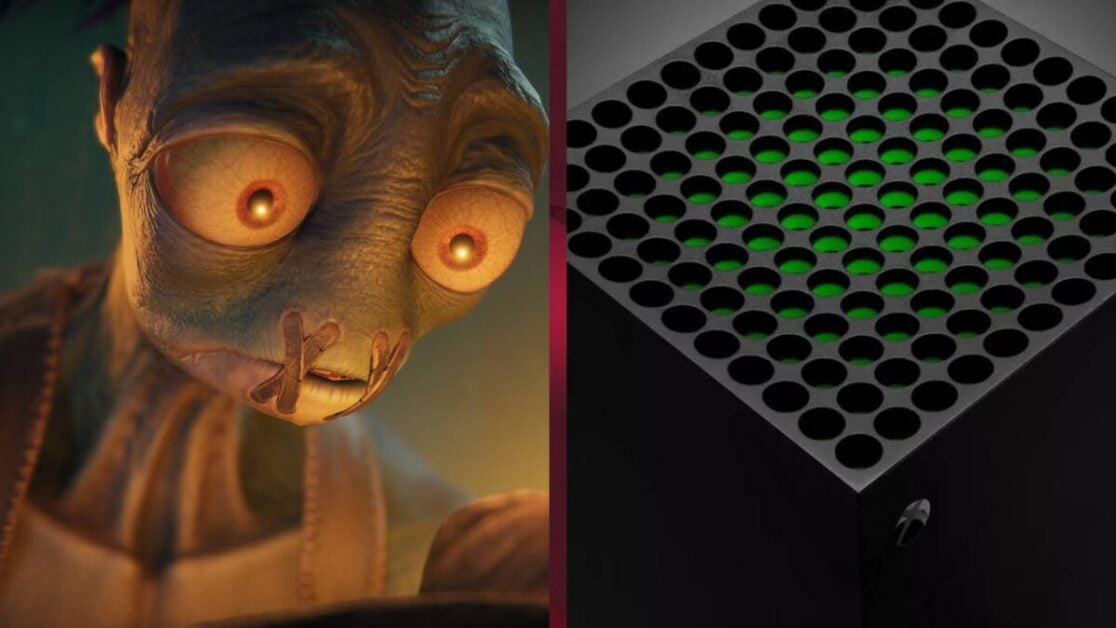 Back in April, Oddworld: Soulstorm was released on the Epic Game Store and PlayStation consoles as a timed exclusive. Now, thanks to a new teaser trailer, it looks like Abe’s latest adventure is finally heading to Xbox [via ScreenRant].

The trailer, which features a snippet of a cutscene, sounds like an ordinary teaser to the untrained ear. However, if you listen closely, you can hear the Xbox Series X’s start-up jingle mixed in with the audio. The package that Abe is holding within the scene also subtly glows green. Coincidence? We think not!

Now, it’s worth keeping in mind that Oddworld Inhabitants hasn’t officially announced Soulstorm for Xbox consoles. However, the fact that the teaser came from the developer’s official YouTube channel seems to suggest that it’ll be unveiled soon. Whether or not the game will feature any noticeable differences remains to be seen.

In our GameByte review of Oddworld: Soulstorm, we found that the game was “wonderfully odd” but perhaps a little “rough around the edges”. If you’re a fan of the original Oddworld series, you should definitely check out Abe’s renewed exodus.

Who knows, perhaps the Xbox edition of Oddworld Soulstorm will have something up its sleeve for both newcomers and those going in for a second round. If anything, at least the port will allow a whole segment of the gaming market to experience Soulstorm on their console of choice. Personally, I reckon they should get to work on a Switch version ASAP!

Are you going to pick up Oddworld: Soulstorm for Xbox? Let us know via our social media channels!

Oddworld: Soulstorm Could Be Heading to Xbox Consoles

Oddworld: Soulstorm Finally Gets A Release Date and PS Plus Reveal