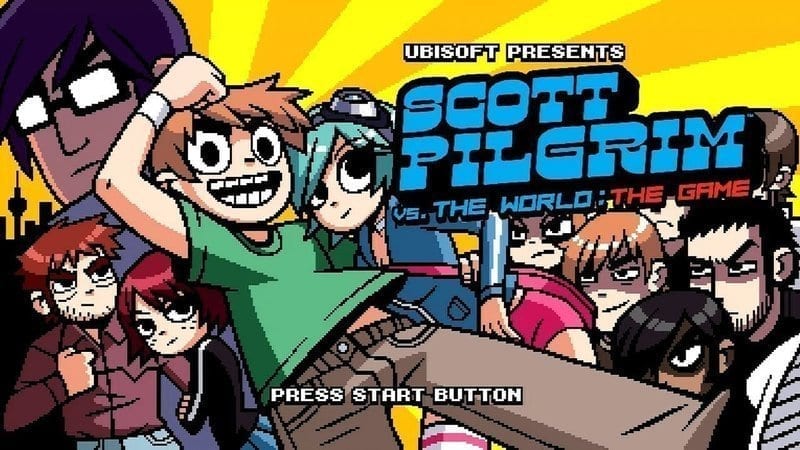 The internet seems to think that a re-release of Scott Pilgrim vs. The World: The Game could be on the cards thanks to a cryptic response from Ubisoft.

Earlier this week, the Scott Pilgrim movie became one of the latest flicks to watch with the crew, as the actors and even director Edgar Wright live-tweeted their experiences of filming the movie while the world watched together.

People were quick to get involved using the hashtag “WatchWithTheAcademy,” and soon the hashtag became awash with people calling for a remaster of the 2010 game. It became so popular that Ubisoft picked up on it, responding to one tweet with a simple thinking-face emoji.

Is this enough to say a remaster of Scott Pilgrim: The Game could be on the cards? No. Is it enough to get us excited? Yes.

Edgar Wright definitely seems on board with the idea, even tweeting: “Do it, Ubisoft! x”

In case you missed the WatchWithTheAcademy of Scott Pilgrim vs. The World, check out the real-time replay of all the tweets via the tweet below.

In related news, a Scott Pilgrim: The Game remaster has been a petition on Change.org for a while now. Thanks to the tweet-a-thon, the petition is receiving more attention than ever, with close to 3000 signatures at the time of writing.

The petition, which you can sign here, reads as follows: “With my proposed re-mastering, not much would need to be changed. Just bring it back and onto the newer platforms. All DLC would be included, and the price would be the same as the original release on PSN and XBLA. If Ubisoft is confident that the game will do well, they can release a physical version, but it should just be digital only. I hope the people at Ubisoft knows how many people who want to play this game but can’t since it was de-listed. I hope that we can get Ubisoft to re-master this game and I hope you sign my petition!”