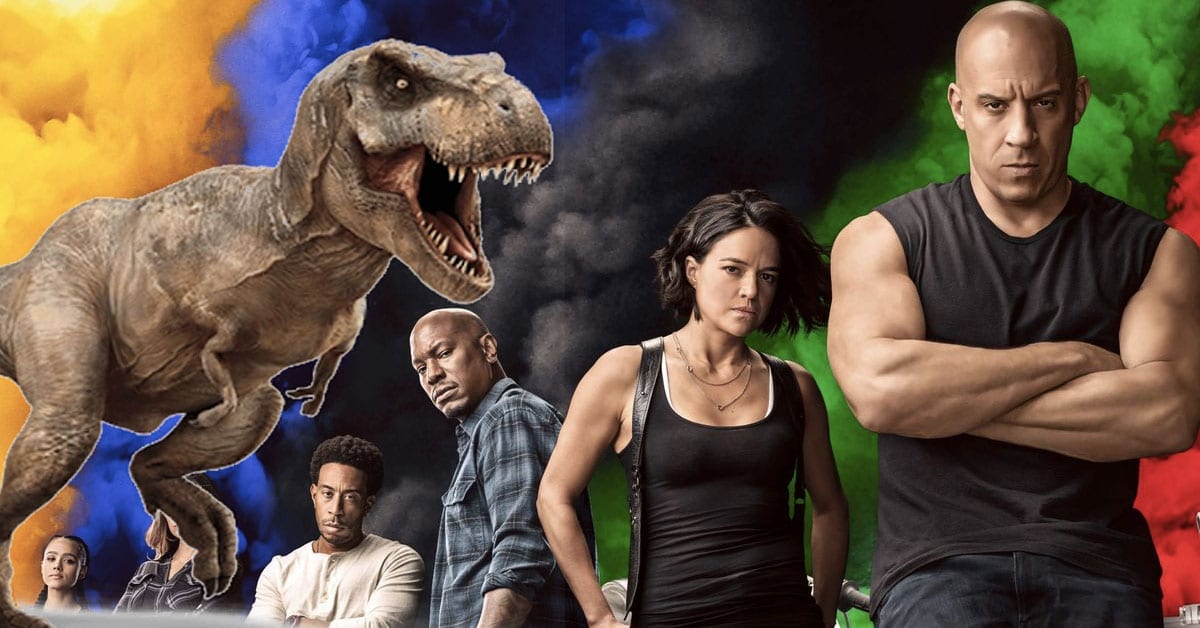 A Fast & Furious and Jurassic Park crossover is apparently plausible, according to F9 actor Michelle Rodriguez.

The Fast & Furious series has been around for a while now, yet, the series hasn’t received much in the way of crossovers.

During a recent press conference, Rodriguez was asked about her thoughts on a potential Jurassic Park collaboration, which prompted a rather enthusiastic response [via Cinemablend]:

“You just have to brand and merge with each other. But the only thing standing in the way is lawyers, and studios. Because usually the brands that you’re trying to merge belong to different studios or whatever. But if it’s under the same umbrella? I don’t know. I’m just saying it works.”

Not only is Rodriguez on board for the crossover, but the actor has also completely rationalised the idea. Both the Fast series and Jurassic Park are owned by Universal Pictures, which means a mashup film is completely viable.

“Well, I’ll never say never to anything. And the fact that part of our philosophy is not to ever be boxed in or labeled … that’s all I will say.”

Both F9 and Jurassic World: Domination are coming to cinemas this June, so it’ll be interesting to see where both franchises head after their next outings. Who knows, perhaps we’ll see some super fast Raptors facing off against Vin Diesel and his crew sometime soon.

Jurassic World Evolution 2 Is Out Now And £42.95 On The GameByte Shop

Pokemon Is Coming To Universal Studios In 2022

This Official Super Nintendo Train Is The Stuff Of Dreams