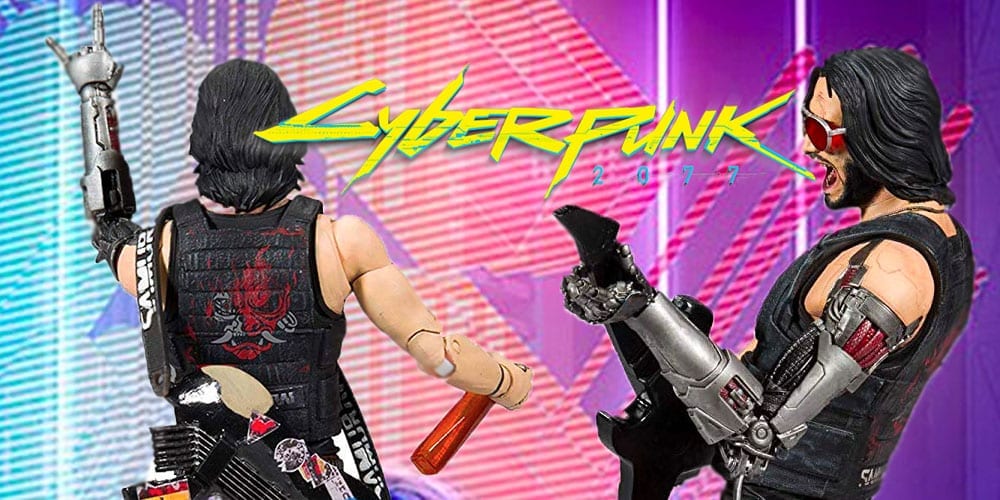 CD Projekt Red’s Cyberpunk 2077 may have been delayed, but you’ll soon be able to start your Cyberpunk collection in style with official figures – including the one and only Keanu Reeves.

The figure range comes from the one and only McFarlane Toys and features a male version of the game’s protagonist, V, along with two different types of Johnny Silverhand a.k.a Keanu Reeves.

First up is this rockin’ 12″ Johnny Silverhand, complete with guitar and base. Although bigger than the rest of the range, this particular one isn’t posable, so it’s more mini statue than action figure.

There’s also a 7″ more classic-looking version, with various points of articulation for posing. He also comes with a guitar, along with a couple of other accessories. The V figure stands at 7″ and is, again, posable.

Each figure comes with a selection of accessories and is packaged in a Cyberpunk 2077-themed box. Ranging in price from $25 USD to $40 USD, these are a nifty must-have for your Cyberpunk shelf.

The entire range will have dropped by March 13, though the 7″ figures will be available to buy from February 21, 2020.

Check them out at GameStop, Amazon and Walmart, or pre-order via McFarlane.

“You play as V, a mercenary outlaw going after a one-of-a-kind implant that is the key to immortality.  You can customize your character’s cyberware, skillset and playstyle, and explore a vast city where the choices you make shape the story and the world around you.”

After being delayed by a few months, the new release date for Cyberpunk 2077 is September 17 2020. The game will be available on Xbox One, PlayStation 4 and PC.

Cyberpunk 2077 Is Getting A Big Update Before PlayStation Store Return

CDPR Hints Cyberpunk 2077 Multiplayer Could Be Delayed Or Cancelled