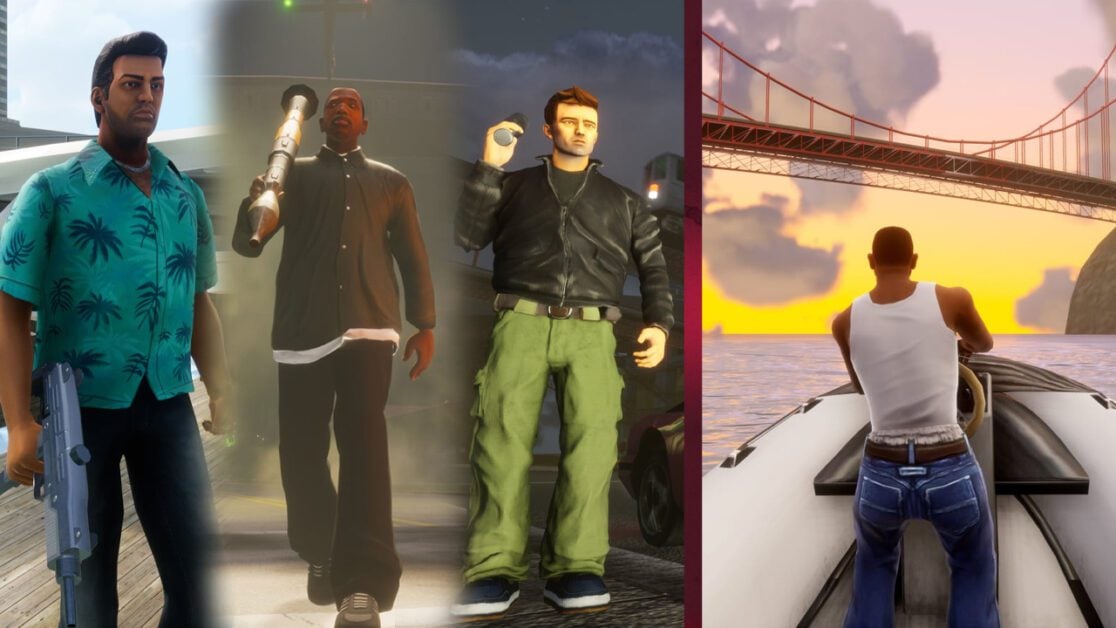 Leaked screenshots have revealed what the GTA Remastered Trilogy will look like on mobile. And to be fair, it doesn’t look too bad.

I’m sure most of us are aware of the poor state that the Grand Theft Auto: The Trilogy – The Definitive Edition launched on PC and consoles. Bugs, crashes, poor visuals, and performance, it hasn’t been a great start from Rockstar Games remastered classics.

And last but not least, III’s iOS settings: pic.twitter.com/4BkHPztlAs

As it stands, Grand Theft Auto: The Trilogy – The Definitive Edition is available on PlayStation, Xbox, and Nintendo Switch. Early next year the remastered collection is also set to arrive on mobile devices.

However, it will be fair to say that some fans may be a little apprehensive over the potential quality of the mobile ports. Thankfully, some leaked images have given us a taste as to how good the remasters might look on mobile.

This is how you can approximately expect the VC remaster to look like on mobile, if they don’t butcher it even further. I found the mobile settings in one of the files: pic.twitter.com/NKVvsVhLGD

The leaked images in question are from the Twitter account Tervel1337. In the various images, we see GTA 3, GTA: Vice City and GTA: San Andreas. The GTA 3 and Vice City images show the protagonists idly standing in the street. While some of the San Andreas images shows CJ appreciating the city landscapes courtesy of a jetpack.

Oh, sorry, I didn’t understand you correctly the first time it seems. You can still see the entire map but the LODs are really bad. Here’s SA’s iOS settings without the fog mod. pic.twitter.com/dVvadaEdzJ

Tervel revealed that the images were accessed via hidden files within the GTA Remastered Trilogy. While the remastered collection is coming to both Android and iOS, the images are from the iOS version.

After the troubled launch of the console release, it’s important not to get over-excited about the mobile ports. However, because the console ports are sourced from the original mobile remasters, it might bode well for the upcoming release.

What are your thoughts on the leaked GTA: The Trilogy – The Definitive Edition images? Let us know across our social media channels. The mobile ports are set to release during Q1/Q2 2022.