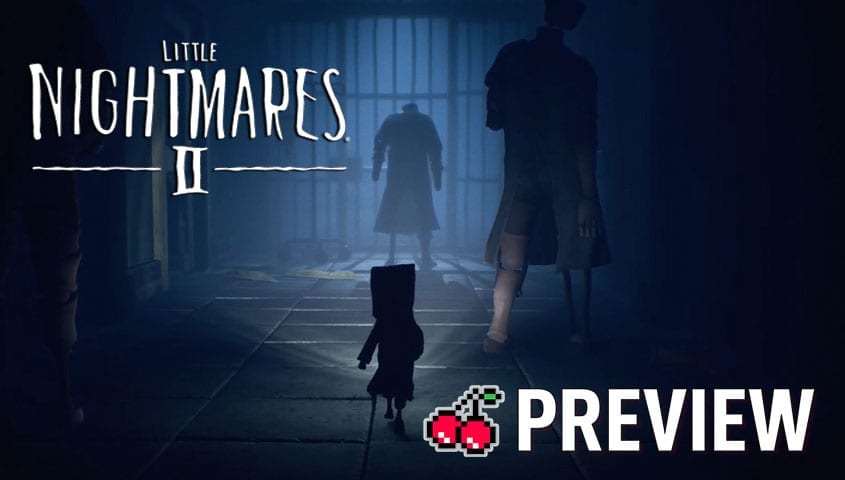 2017’s Little Nightmares is about as close as we’ll ever get to a Tim Burton-esque dreamscape in video games, and the cutesy horror adventure has cemented itself as a true classic in the years since its original release. We’re now not too far away from the launch of the game’s sequel, the highly-anticipated Little Nightmares 2. GameByte got to go hands-on and play a preview of Little Nightmares 2 to experience the horror for ourselves. Can it live up to its predecessor, or is this a sequel that’s doomed to fail?

Little Nightmares 2 is doubling the horror with the addition of a new character –  Mono. This time around you’re no longer playing as our yellow-clad hero Six, but instead as Mono. As Bandai Namco explains, Mono is “a young boy trapped in a world that has been distorted by the humming transmission of a distant tower.” Despite the new addition, Six is still here, though this time as your pal and companion. Just like in the first game, Six is quick, nimble and graceful – she’s also fully equipped to help you with puzzles that might be a little out of your reach.

I went into the demo with little more info than that, and really, that was a good thing. It left me entirely in the dark for this one. Good thing Mono has a flashlight.

The game demo kicked off in what Bandai Namco describes as an “advanced chapter of the game” called “Hospital,” and immediately the atmosphere had me by throat. The dark, dank halls and rooms of the hospital conceal shadows, mannequins and abandoned medical equipment which play with your imagination in the gloom. Inching forward is just as gleefully horrifying as in the original game.

The atmosphere created is similar to the later stages of the original Little Nightmares, where you know that any manner of terrifying lost soul could be lurking behind each door. Successfully creating that level of immersion and horror right off the bat is a true testament to the love, care and craftsmanship developer Tarsier Studios have put into this game.

Playing as Mono feels smooth and tight, with just a handful of controls to get your head around. Mono can attack, jump, grab and more, but perhaps more importantly, he can hold hands with Six. This tiny yet wholesome detail makes the experience of Little Nightmares 2 a lot less lonesome and a lot less bleak. Could this mean a more hopeful ending for Six?

Sadly the demo didn’t give me too much time to hold hands with Six, as much of the Hospital was Mono in areas only accessible to him. I found I didn’t miss her too much, as Mono was just as spritely and easy to control as she. His creepy-cute appearance is right at home in the world of Little Nightmares, and I was more than happy to play as a new character. While Mono’s addition to the game didn’t please everyone once revealed, he makes a worthy addition to freshen up the gameplay while still holding onto the tone of the game.

Speaking of gameplay, Little Nightmares 2 builds on the simple yet effective controls of the first game, giving Mono a little more strength and agility than Six. Puzzles still mean you need to explore the environment and trial-and-error your way through each room as you jump, crawl, climb and manipulate objects and switches.

The game demo was about as challenging as some of the later stages of the original, and I’d assume that – like the original – the difficulty ramps up as you work your way through the levels. The Hospital is a later stage of Little Nightmares 2, so I expect that playing the game from the beginning gives you more of a learning curve. Hopefully Little Nightmares 2 isn’t as tough as the demo was from the get-go, as it required a lot of careful thought, dexterity and speed to get through. It does bode well for the game’s full release though, because who would want an easy late-game level in a puzzle platformer?

Enemies in this section of Little Nightmares 2 were distinctively more supernatural than the majority of those in the first game. I didn’t encounter any grisly, bloated creeps or ghouls like those seen on the Maw, but instead more Silent Hill-esque enemies. Mannequins were the biggest horror I faced in the demo. These were bested with a combination of speed, Mono’s torchlight beam and lots of screaming (the latter was provided by me, not Mono).

Enemy designs are definitely looking more ghostly and haunting than those of the first game, but I’m still hoping we’ll be seeing some villains with the unique and mesmerising appeal of the Maw’s inhabitants.

Little Nightmares 2 looks to be infinitely more terrifying than the first game (though again, the demo is from a later stage in the title). From our time with it, it seems we’re looking at yet another labour of love, packed to the brim with suspense, horror – and maybe a little friendship? 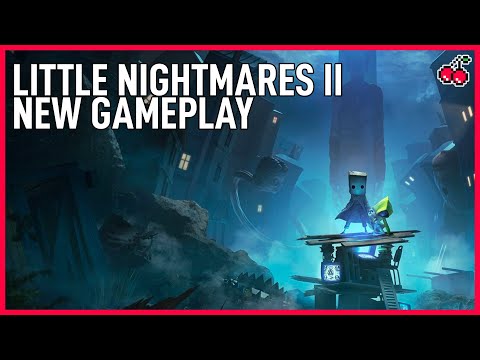