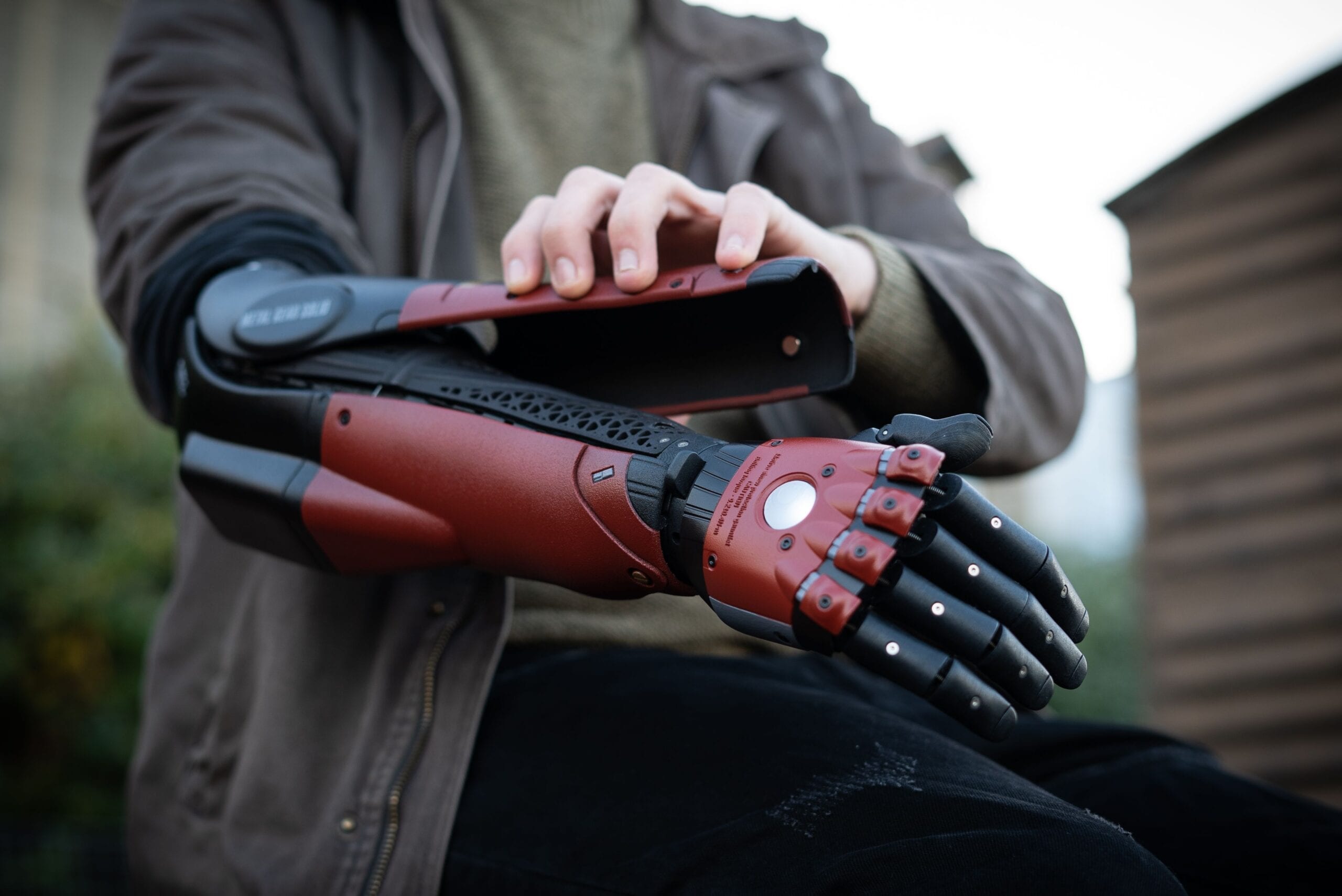 A British man born without a hand has received a real-life Metal Gear Solid bionic arm thanks to a collaboration between Open Bionics and Konami.

Fans of 2015’s Metal Gear Solid V: The Phantom Pain will be familiar with Venom Snake’s bionic arm after the character lost his limb during the opening moments of the campaign. Snake’s bionic arm had James Bond-like gadgets and was able to stun enemies from a distance and more.

A British man by the name of Daniel Melville has received a real-life prosthetic arm based upon the one seen in The Phantom Pain.

29-year old Daniel Melville who was born without his right hand has been using the Hero Arm for more than three years, and is the very first person to ever receive the new Metal Gear Solid design.

Melville, who is not only a gamer but also a fan of the Metal Gear Solid series, said: “This is unbelievable. It’s everything I’ve ever wanted from a bionic arm.

“I’m an avid gamer and love Metal Gear Solid so much and to actually have Snake’s arm in real life is just insane.” .

Open Bionics is a Bristol-based company in the UK, and their Hero Arm range can be accessorised with magnetic clip-on covers with the latest being the “Venom Snake” design, available in both adult and children’s sizes.

Samantha Payne, COO and Co-founder of Open Bionics said: “Snake’s arm is one of the most requested cover designs for the Hero Arm,

“So we’re delighted to offer this to our users and grateful to KONAMI for collaborating to make fiction a reality.”

President of Konami Digital Entertainment, Takayuki Kubo said: “We’re incredibly excited to collaborate with Open Bionics, who are at the cutting edge of robotics”

Kubo added: “We’re thrilled to see the iconic Metal Gear aesthetic of Venom Snake and his bionic arm burst out of the screen and come to life”.

The Metal Gear Solid “Venom Snake” Covers are available to pre-order here and deliveries are expected to be made by Christmas.

Are you impressed with this Metal Gear Solid-inspired real-life bionic arm? React using our Emoji’s below.