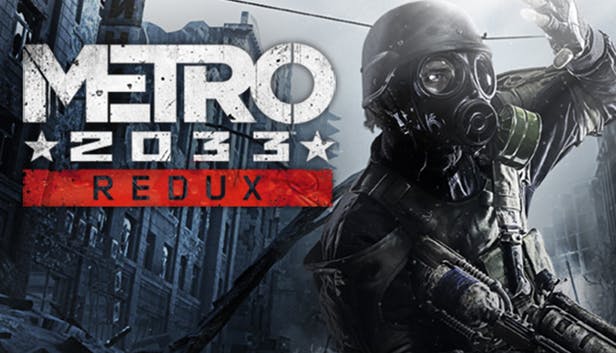 It’s been a good few years since a Metro 2033 movie was announced, but it seems that – despite the radio silence – the film is still going full steam ahead.

Unfortunately for fans expecting a carbon-copy of the 4A Games first person shooter, it’s been confirmed that the movie will be following the original source material – a Russian novel series of the same name.

According to Variety, Russian company Gazprom Media – who holds exclusive rights to the project – will be bringing author Dmitry Glukhovsky’s sci-fi novel Metro 2033 to the big screen, with filming due to begin in 2020.

A date of January 1, 2020 has been set for the movie’s Russian premiere, though this is sounding like a placeholder date for now.

One of the movie’s producers, Valery Fedorovich, said: “The book by this Russian author has become known throughout the world, and it is embedded in the cultural code of sci-fi fans and gamers all over the planet. For us and Gazprom Media Holding, this is a dream project, the most ambitious and large-scale film that we have ever launched. We intend to invest an unprecedented sum … in the production and promotion of this movie both in Russia and abroad.”

Author Glukhovsky said: “’Metro 2033’ is my first novel. It played a very special role in my life, and, despite getting numerous offers to [adapt it for the screen], I turned them all down for over 10 years.

“In Russia, I didn’t see any producers who could make a good [screen adaptation of] this book. It just seemed impossible. But now I finally met a team that I can entrust ‘Metro’ with. Our ambitions turned out to be similar: to create a world-class blockbuster and stun even those who have read the trilogy and know it by heart. So as not to disappoint them, I am ready to become a creative producer of the movie and help create it with both my advice and action.”

It’s not clear just how much the Metro 2033 movie will differ from the video games, but it’s safe to assume there’s going to be some definite changes. Netflix has been hard at work on a similar project – adapting The Witcher novels for the streaming platform, while skipping over details from the CD Projekt Red games.

Vadim Vereshchagin, Central Partnership director for the Metro movie, said: “’Metro 2033’ is a cult novel that has played a great role in the development of a whole generation. Regarding cinema production, this work is difficult to adapt for the screen but it will undoubtedly pay off as a major hit at the box office.”