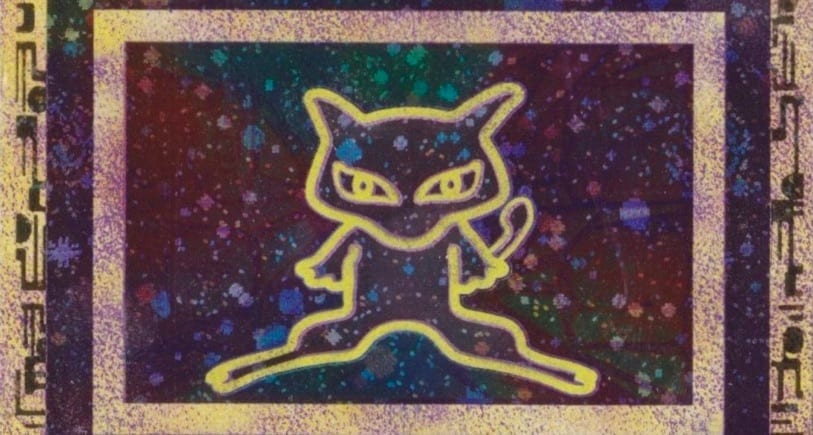 Allow me to take you on a journey. A journey through time. Back to the good ol’ days of 2000, when the only film you needed to see was Pokemon The First Movie.

The first ever feature-length Pokemon adventure probably left you in floods of tears, and if you’re anything like me, it was a seminal part of your childhood.

Things got even better after leaving the movie, because if you saw it in the first week of release, chances are you got yourself a free Pokemon card of Ancient Mew.

These shiny and unique-looking cards were the prize of most peoples’ card collections (even if they’re not worth much today), but not everyone was lucky enough to get one for themselves.

However, if you missed your chance back in the day, you’re in luck, because it’s just been announced that reprints of the Ancient Mew card of your dreams will be given out in celebration of the upcoming Mewtwo movie, Mewtwo Strikes Back Evolution.

Right now, the Ancient Mews have only been confirmed for release in Japan, but here’s hoping the rest of the world will get a second chance at owning one too!

If it never happens, there’s always eBay, where Ancient Mew cards are selling for around the $10 mark.

Mewtwo Strikes Back Evolution is a CG remake of the classic Pokemon The First Movie, and it looks sweet AF.

2019 is basically the year of Pokemon, thank to Mewtwo Strikes Back, Detective Pikachu and the highly-anticipated new Pokemon RPGS, Sword and Shield, which are due out later this year.

Check out the upcoming Mewtwo movie in the trailer below.

Mewtwo Strikes Back Evolution releases July 12, 2019. Will you be checking it out?