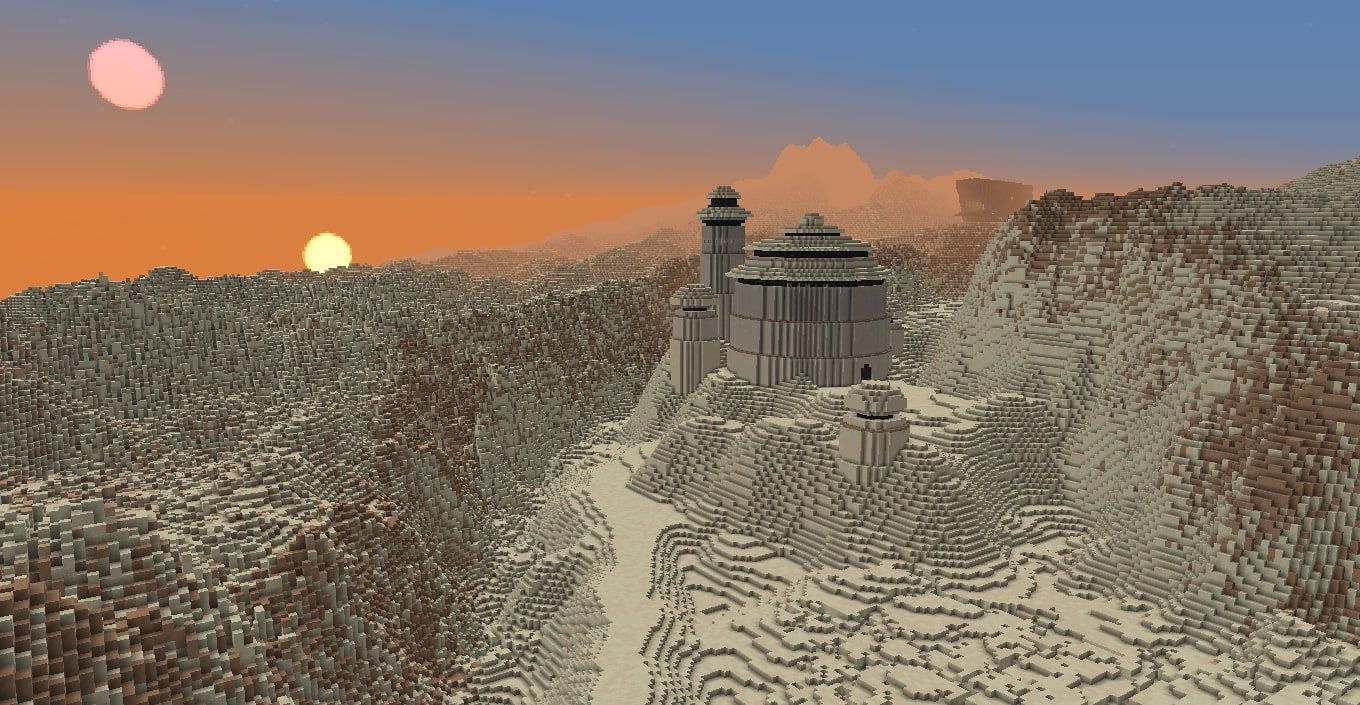 A Minecraft player is slowly, but surely attempting to build the entire Star Wars galaxy on one huge open-world map. Impressive!

Granted, at the time of writing, Reddit user vistachess (thanks PCGamer) has only built Coruscant and Tatooine. However, that doesn’t make their work so far, any less impressive.

Vistachess has shared some preview images on Reddit, featuring the Star Wars locations that are currently being worked on. You can see previews of Jabba the Hutt’s barge, Mos Eisley cantina and more.

To be fair, saying that only the two planets of Coruscant and Tatooine have only been built, does not give vistachess the justice they deserve. Because just by flicking through the images shared on Reddit, each location is a mammoth of a task to build.

That being said, for vistachess to build the entire Star Wars galaxy, is pretty much an endless task. I am sure they can build the vast majority of the most well-known planets. Still, this project could end up being years in the making. However, I would love nothing more than to see what iconic Star Wars locations vistachess builds next in the world of Minecraft. I for one would especially love to see Dagobah, Endor and Hoth.

Minecraft does have officially licensed Star Wars DLC, but mixed with the talents of Vistachess, this content could be taken to the next level of detail.

We’ll be keeping close tabs on the work of vistachess, so we’ll keep you posted. What Star Wars locations would you like to see in Minecraft? Let us know across our social media channels.