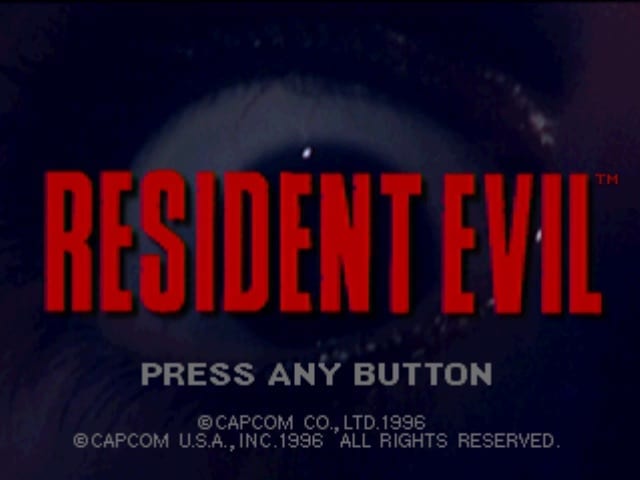 A modder has restored cut content that, for whatever reason, never made it into the Western release of the original Resident Evil from 1996.

The FMV, which serves as an introduction to the game, features S.T.A.R.S Alpha members Jill Valentine, Chris Redfield, Albert Wesker, and Brad Vickers.

The latter of which popped off in his helicopter potentially leaving his S.T.A.R.S comrades for dead in a zombie-infested forest. Nice one, Brad.

A fifth member of the S.T.A.R.S Alpha team is Joseph Frost, who in the FMV intro is mauled to death by the Cerberus a.k.a Zombie Dogs.

However, before Joseph is attacked, he picks up a severed hand holding a gun. In the Japanese version, we see this severed hand in more detail, though the Western release was trimmed down a little.

The biggest cut from the Western release during this FMV intro is the Cerberus attack on Joseph, which is quite gruesome even by these cheesy standards.

Thankfully this cutscene has been restored in the mod created by Deli295 [via Kotaku]. However, the mod also restores even more content, such as the iconic cutscene when you first encounter a zombie in the series.

Other restored content includes in-game music that differs depending on the region and a message that has been written in blood on a wall on the second floor of the mansion. Yet, there are even more restorations to come according to the modder.

To get an added insight into the content that was cut from the original game and how some regions differ, you can watch a fantastic comparison video of the original Resident Evil below.

Though it is worth keeping in mind that the video only compares the Japanese, as well as the US versions, and does not include the European release.

Will you be downloading the Resident Evil mod? Let us know across our social media channels.