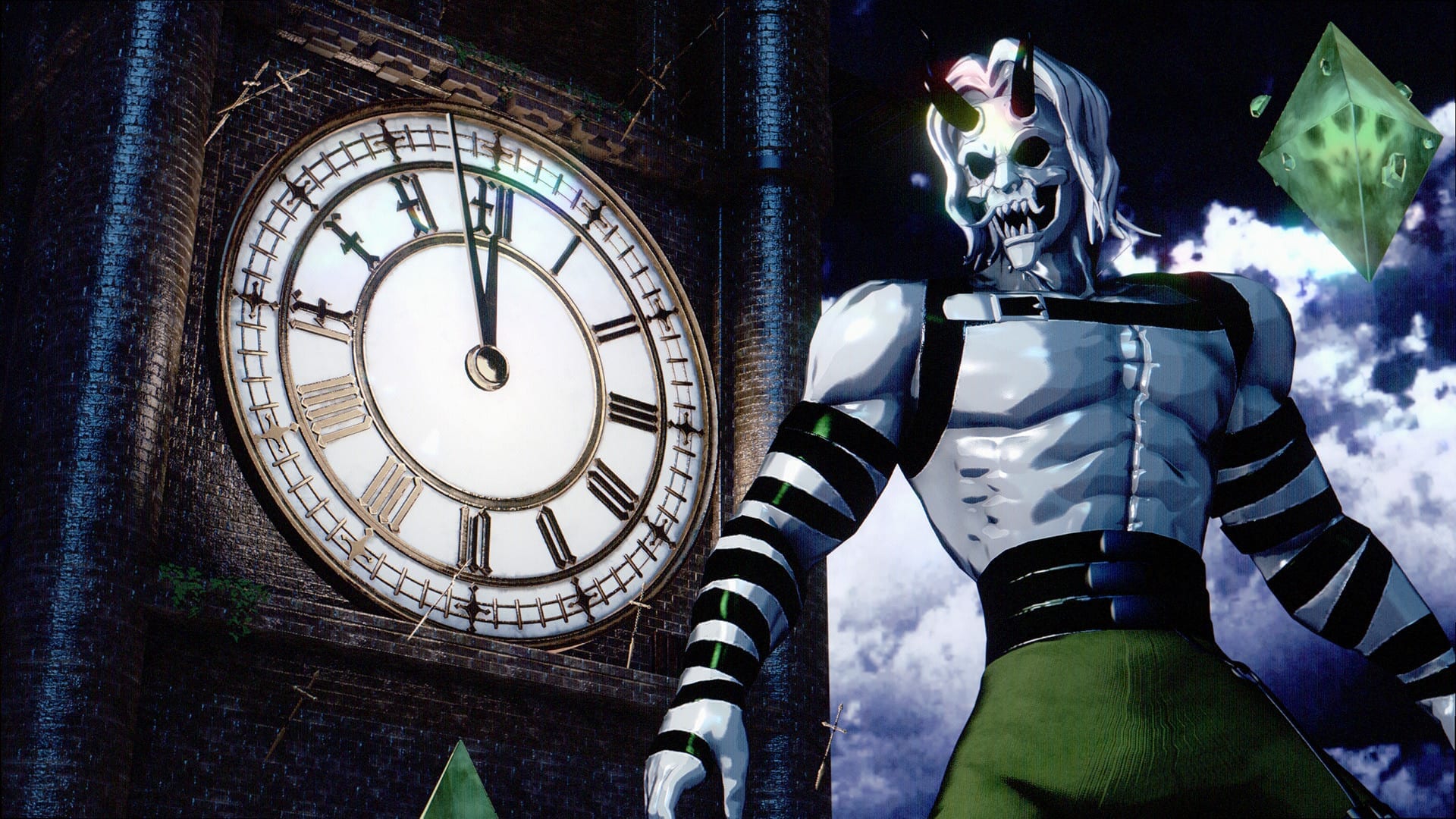 Neon White was one of the most striking announcements from the February Nintendo Direct. Its fast-paced first-person gameplay and bold anime art style made it stand out amongst the usual Nintendo announcements. Perhaps what’s even more surprising is that Neon White is being developed by Ben Esposito, the creator of Donut County.

In case you missed it, Donut County is a wholesome story-based puzzle game with a colourful cartoon aesthetic. It uses simple and cathartic controls to create a wonderful stress-busting experience. In contrast to this, Neon White is frantic, fast-paced and features an edgy take on the anime art style. The game’s trailer features a first-person perspective that thrusts the player across its interpretation of a demon-infested afterlife. Check out the trailer below!

The trailer’s voice acting also has serious anime overtones, with characters that wear slightly unsettling Kabuki masks. Again, this is in complete contrast to Esposito’s previous work, something that adds an extra level of intrigue. Neon White’s mechanics also look to be quite unique, with a combat system that’s based on collecting “soul cards”. These cards can be used to attack and perform powerful moves, adding a layer of complexity to the game’s primary loop.

Neon White’s publisher, Annapurna Interactive, has described the game as “a hellishly clever story that proves it’s never too late to ask for forgiveness”. The publisher also provided a pitch for the game in the same press release, stating the following:

“Neon White is a first-person action platformer inspired by Y2K-era anime and cult-classic character action games. Our goal is to make the sickest game on the demo disc. It’s wild and over the top, and it’s 100 per cent earnest. It’s a campy anime speedrunning game made for freaks, by freaks.”

It’s needless to say that Neon White is a game that’s designed to stand out from the crowd. Despite being a complete departure from what Ben Esposito has created before, Neon White appears confident in the unique experience it has to offer, one that feels right at home on the Nintendo Switch.

Neon White is coming to Nintendo Switch and Steam, Winter 2021.