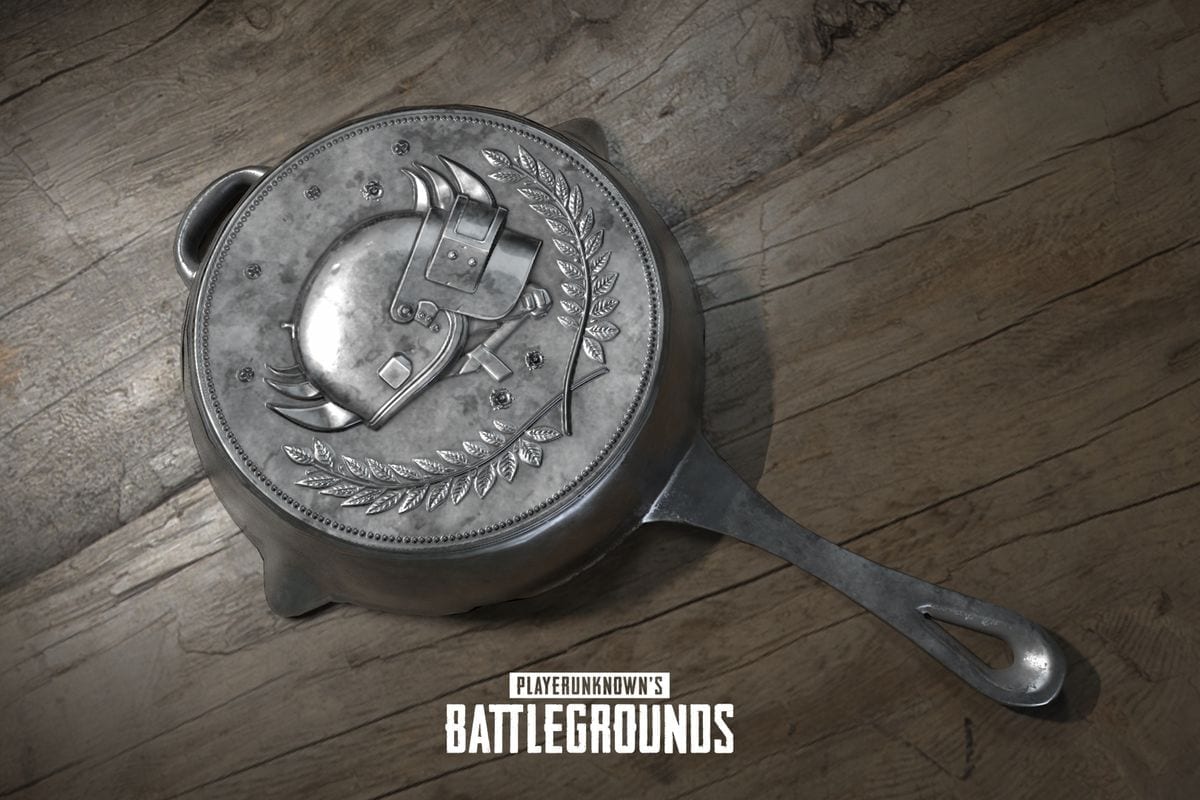 In a recent PUBG update, a number of new cosmetic items were introduced to the game. One such item was a pan skin which featured a large target.

On the surface, it seems like a creative idea. The pan has essentially become the symbol of PUBG. People are using it now as a way to defend their backside, as opposed to using it as a melee weapon.

Sticking a target on the back of the pan makes a lot of sense considering how often it ends up getting shot. Unfortunately, it seems that the original idea didn’t come from PUBG Corp. at all. The design was almost completely ripped from somebody on Reddit.

New PUBG Pan Skin Was Copied From A Reddit User 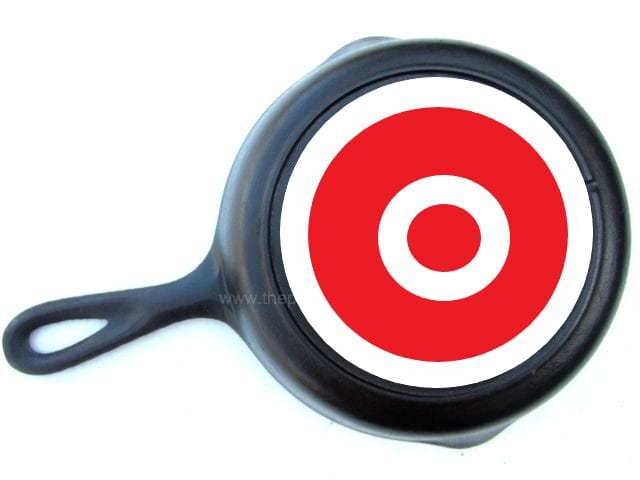 One month ago, a Reddit user by the name of xenolith84 posted a skin concept on Reddit. It showcased a funny pan skin idea that featured a target.

As seen above, this skin concept was very simple, but it got a lot of attention on the subreddit.

Just a few weeks later, PUBG Corp. suddenly announced a new cosmetic skin crate. Inside the crate included a number of new items, and a very rare pan skin. PUBG Corp. also added another pan skin that could be purchased directly for 5,000BP, and low and behold, it was practically the exact same design that was shared on Reddit. 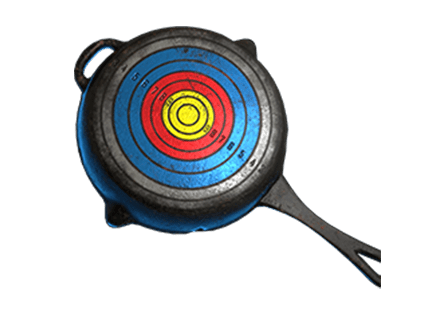 A little more effort went into the design and whilst it was built from scratch, it’s clear that the concept was copied straight from the original design mentioned above.

This is interesting because it showcases two things. Firstly, PUBG Corp. are listening very carefully to the PUBG community, especially over at Reddit. Secondly, they’re willing to experiment with PUBG skins. If they were happy to take this skin design concept, maybe they’ll be open to using more community created skins in the future.

As far as the legal side of things go, PUBG Corp. didn’t do anything wrong here. Morally, some people would argue that it was unjust. Do you think that they should have at least mentioned where they got the skin idea from?

We’d love to hear your opinions. If you’re still interested to learn more about the other skins that were added in this latest PUBG update, you can check them out below. 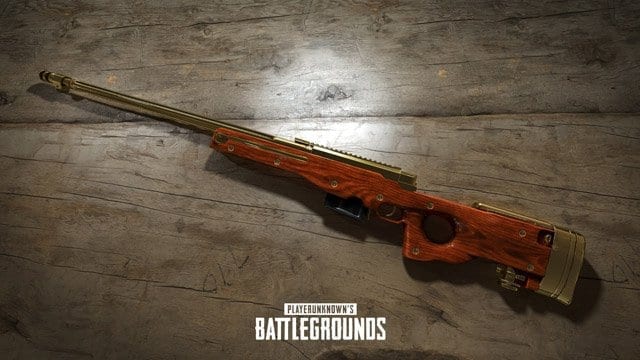 Alongside the new PUBG target practice skin, a range of new weapon skins were added to PUBG. They can be unlocked by opening up the new PUBG Equinox crate.

In comparison, the second rarest item in the Equinox crate, the Kar98K Shark Bite has a 0.1600% drop rate – that’s rare enough as it is. The Olive Branch skin is almost 200 times rarer.

In fact, if that’s not crazy enough, the Olive Branch skin is so rare that nobody has even unboxed one yet.

There was criticism that the previous weapon skins were poorly designed. It’s safe to say that the new PUBG Equinox skins are far higher quality.

What’s Next For PUBG Cosmetics?

Wondering what PUBG Corp. has next in stock for their growing cosmetics collection? Whilst we can’t be for sure, it’s likely that a number of items will make their way into the game in the near future.

In this section, we’ve taken a look at which new cosmetic items are planned for PUBG. All of these items have been datamined and exist in the code for the current PUBG version on PC. 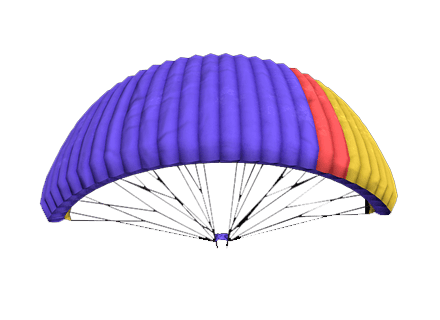 Most PUBG skins so far haven’t been very colorful, but parachutes provide potential for the PUBG team to go wild. There’s nothing lore breaking about colorful parachutes after all.

In the game code, four parachute skins have been found. There’s a green one, a blue one, and a red one. All three skins are very colorful and were originally found at the end of 2017. 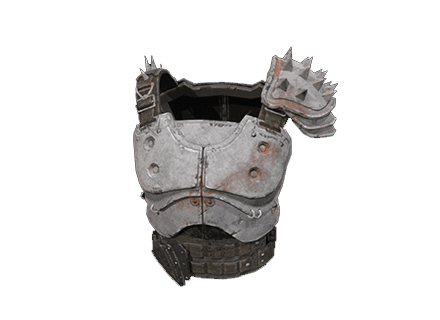 We’re not sure if this next item is a cosmetic item or a planned level 4 armor piece. This armor looks like some kind of wasteland style armor that’s been put together with scraps of material. 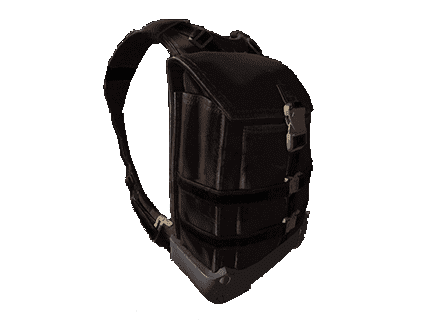 Once again, we’re not sure whether these will be for new cosmetic items or if PUBG Corp. plans to bring new backpack types into the loot table. So far, we’ve seen two backpack skins in the game code. One is the brown leather backpack shown above, and another is a dark black variant of the level 3 backpack. 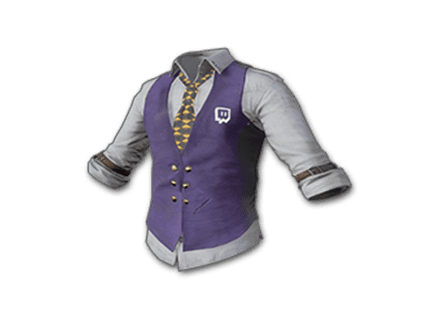 We’ve already had on Twitch Prime cosmetics set, but there’s another set in the game code and we wouldn’t be surprised if it makes its way into the game in the near future. Above is a look at the datamined Twitch shirt.

If you’ve read all of the way to the end, thanks for the support. We’ve covered a lot of topics in this article.

Firstly, what are your thoughts on PUBG Corp. taking somebody else’s pan skin concept without giving them credit? Secondly, are you a fan of the new weapon skins? Finally, which new cosmetic item types would you like to see next in PUBG?