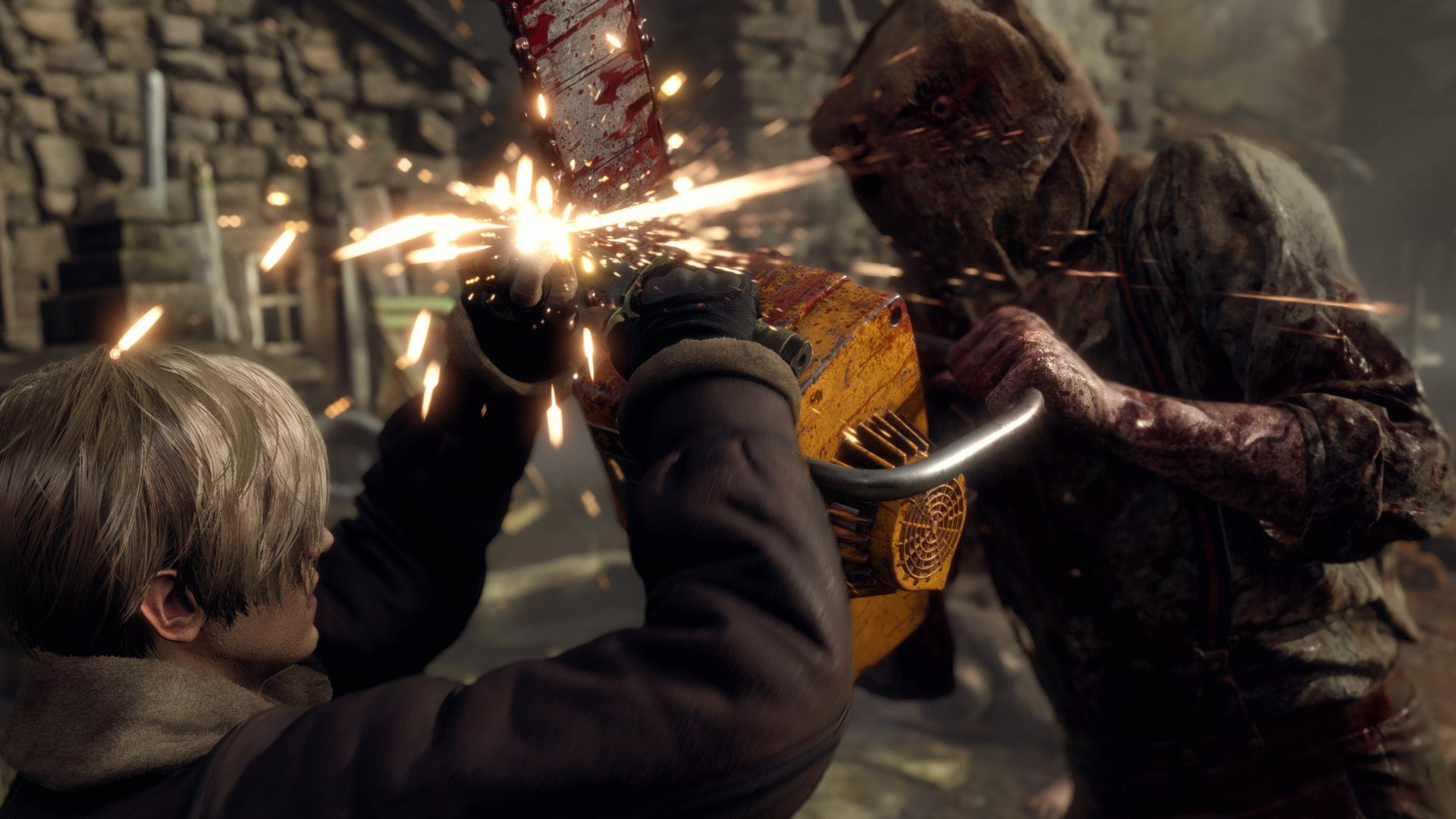 Here’s a new gameplay trailer for the Resident Evil 4 remake and to say it’s packed, is an understatement. So let’s break it down.

The trailer begins with Leon S. Kennedy walking through the woods towards a grimy wooden cabin. Fans of the original RE4 will be very familiar with its opening in which Leon arrives with two police officers, enters the cabin and encounters his first Ganado.

However, things are a little different in this remake. For starters, the producer of RE4 Yoshiaki Hirabayashi said that the time it takes you from leaving the two police officers to arriving at the cabin is much longer than in the original game.

The OG cabin had two floors, barely. In the original Leon would walk into the house, and encounters the first Ganado who promptly attacks him. Though to be fair, Leon did just enter a random house uninvited holding a gun.

However, in the remake, this house has multiple floors. The main floor, the top floor and now a basement. It’s in the basement when Leon encounters the new Ganado for the first time. Before the Ganado attacks, Leon sees the dead body of one police officer and then hears the other call for help over the walkie-talkie.

The Ganado look even more vicious in the remake

The new Ganado has more of a resemblance to a zombie with its neck all contorted and looking creepy as hell. Leon then fights for his life and then proceeds to cannonball through the top-floor window in a way that only Leon knows how to do.

Leon then makes his way to the village which is an almost shot-for-shot recreation of the original. However, in the remake, this segment looks to be even more intense. Quickly Leon is swarmed by Ganado’s, and it’s not long until Dr Salvador aka Chainsaw Guy makes his entrance.

Leon tries to make an escape and in an odd act of desperation, he burns a cow alive. He is pursued by the villagers relentlessly and Dr Salvador now has the ability to cut through environmental structures with his chainsaw, other than just doors and furniture objects.

Cornered by the chainsaw-wielding maniac, Leon is a second away from being decapitated but thankfully we see his new parry ability using his knife that saves his life at that very moment. Sadly, it wasn’t confirmed as to whether Leon says the iconic line: “Where did everyone go…bingo?”.

The Inventory and Merchant returns in Resident Evil 4

Once this mayhem was over, we saw that the Tetris-like inventory system makes a return, but it now has a crafting tab too.

Speaking of returns, the beloved Merchant is also back! Furthermore, the merchant will not only sell and buy goods from you as before, but you can now trade treasures for special items.

Elsewhere in the trailer, we saw glimpses of the cultists, Osmund Saddler, Ramon Salazar, and Bitores Mendez aka the “Big Cheese”. Furthermore, we also see more of Ashley Graham, Ada Wong and Luis Sera for the first time.

We were also quickly treated to some giant bosses such as El Gigante and Del Lago. Hopefully, they’ll save the reveal of the Regenerator/Iron Maiden for the full game.

Finally, Yoshiaki Hirabayashi also confirmed that those that buy the PS4 version will get the PS5 upgrade for free. Oh, and for those that may be concerned about the remake’s length, Capcom has claimed that it’s as long as the original.

When is the Resident Evil 4 remake release date?

In case you missed it, during the recent Resident Evil Showcase, a snazzy RE4 remake Collector’s Edition and more was also revealed! Are you looking forward to the remake? Let us know across our social media channels.