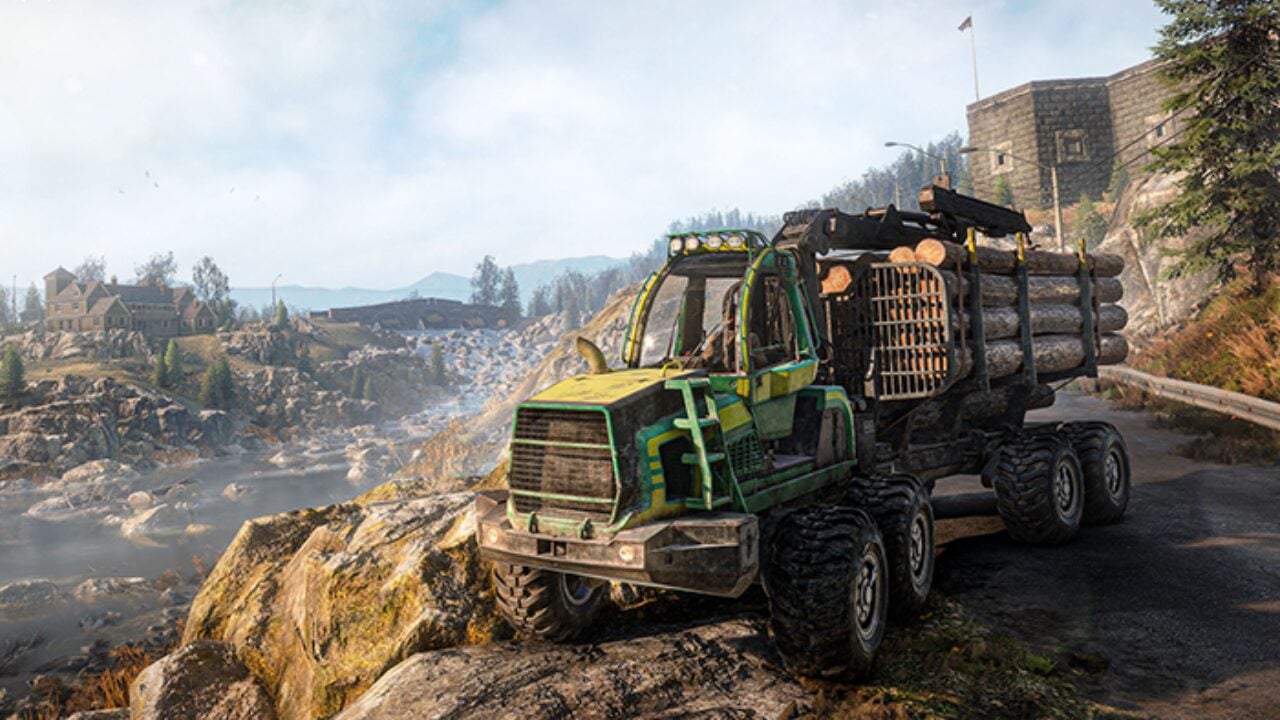 SnowRunner, the driving game that often feels more like a platformer, will launch new content next week with the arrival of the game’s sixth season. Titled Haul & Hustle, the update will introduce two new major features, as well as paid DLC in the form of two new maps.

A new photo mode is coming to the game next week, allowing players to take snaps of their impressive journeys. SnowRunner regularly features moments that need to be seen to be believed, so this is likely a welcome addition for the community. Developer Saber Interactive will also enable crossplay between PC and console. This may also extend to Steam and Epic Games, which at the time of writing, players aren’t able to play together across.

The new maps will feature chilly forests, with a mix of mud and snow. The two new vehicles, the Aramastu Forwarder and the Tayga 6455B can cut through the mud and snow of Maine. Players will establish a forest base, and build up the services in the area to eventually include a garage.

You can learn more about the launch of Season 6: Haul & Hustle by clicking here.

In other news, Microsoft has confirmed that Xbox Game Pass subscribers will receive exclusive monthly loot in Halo Infinite. Players subscribed to the service can expect free loot and in-game boosts.