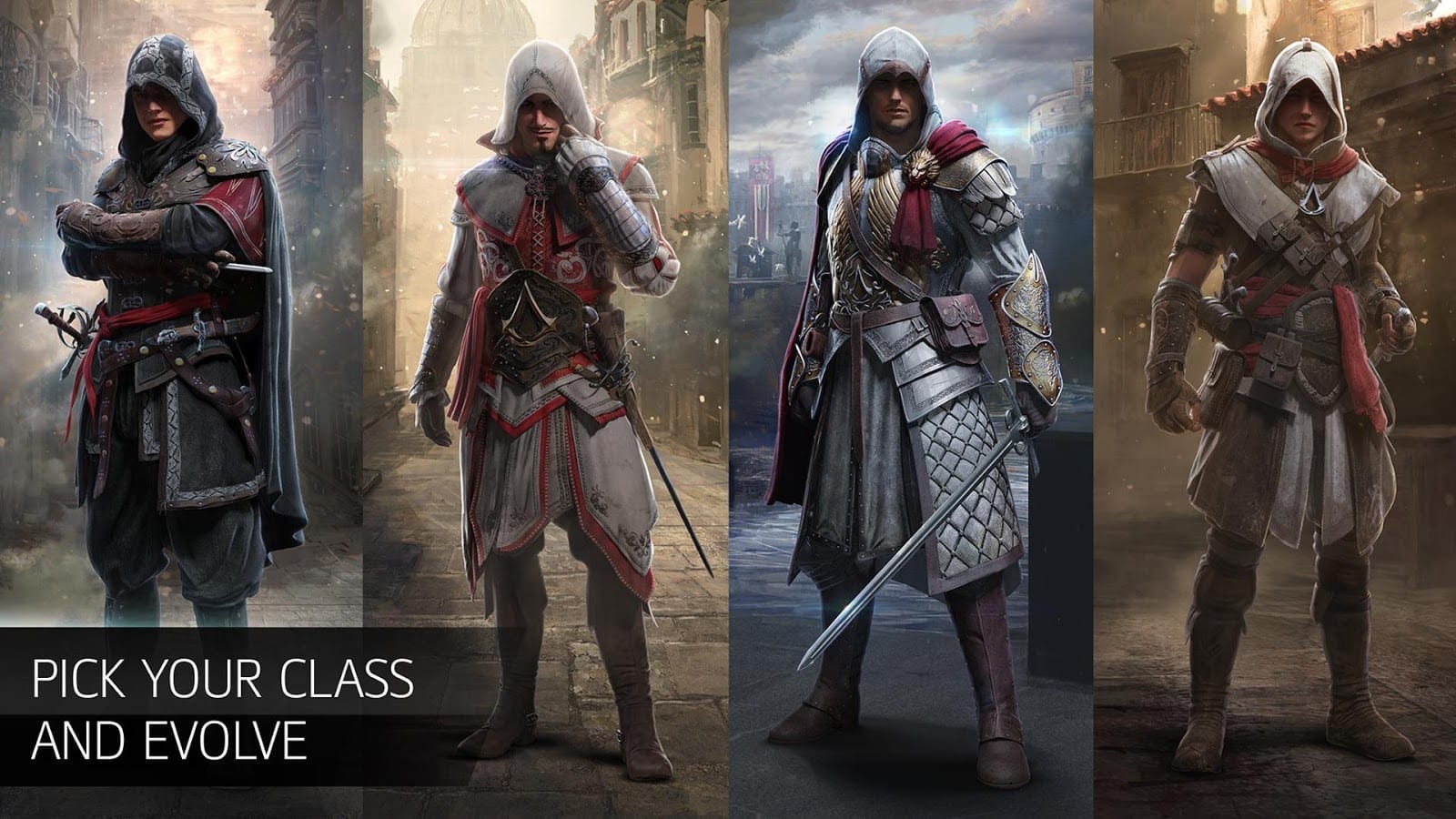 Not only did the company skip a year in it’s release schedule – previously the titles were released at a minimum speed of one game/year, but they also changed a lot of things since the last release. 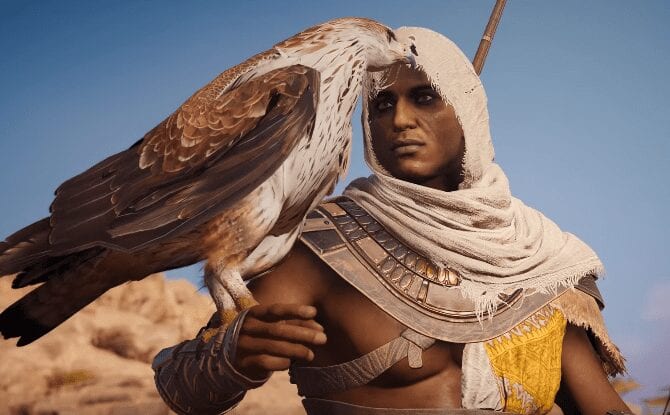 The attention to detail in-game has definitely improved, and the changed mechanics make for a very different player experience. With a new inventory system and fighting style the game is quite unique in the series – oh and the fact that it is set in Egypt also changes things. The locations are beautifully crafted, exactly like we are used to seeing from the previous games, so the complete change in location is a breath of fresh air – after so many European cities, it really does feel different.

Rumours that this game would take place in Egypt were already floating around months before the actual release. Not entirely surprising, that – these things have a way of leaking out. As for the next title – and yes there is going to be one – the rumour mill has it that it will be the second part of a trilogy featuring this character – Bayek – but in a different location. 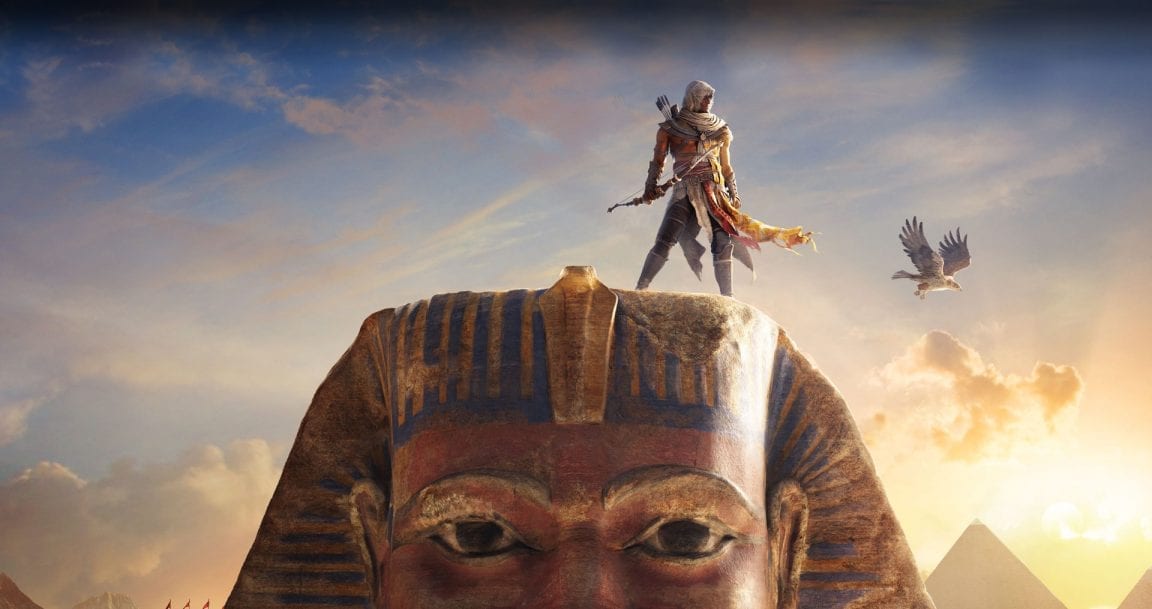 Where? Well, Ancient Greece is a current favourite. Not unlike Ezio who travelled from Italy to Turkey, this location jump would work, historically speaking, and Greece has not yet seen it’s own full-scale title. That is of course, only a rumour, and there are other locations that players would love to see even more – after all the world is not only made up of Europe.

Other popular locations include: 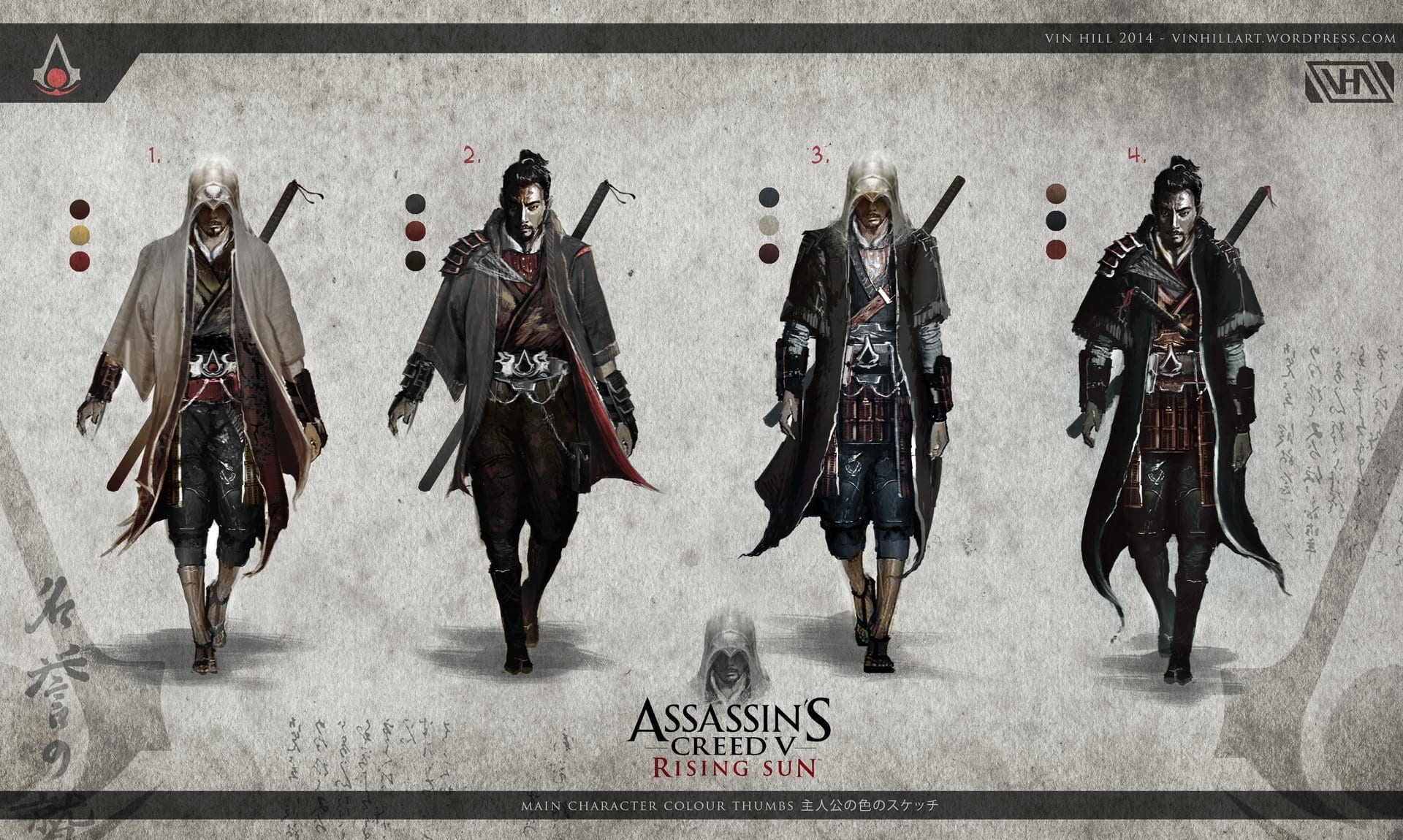 This one is a favourite of many – although we’ve had a Chronicles title set in China (another place we would LOVE to see a full title take place), Japan has gone woefully ignored, and we aren’t sure why. It would give us a refreshing view on Japanese culture without the anime eyes and tentacle-monsters. Yes, we went there.

With historical accuracy, the game could give a breathtaking view on the time period in which Japan severed ties to the outside world (bar a little haven and some smugglers) and focus on the internal struggles of the Shogun rulers and the class system. The isolation period ended when an American explorer all but forced them to open their borders, so that too would make for a great setting – Japan right after that upset, as it is trying to adapt to the new situation.

It would also offer a setting for the old Templars vs Assassin’s feud – the Shogun’s side with the Templars, and the American landing party comes with a few assassins on board. Get on with Ubisoft! 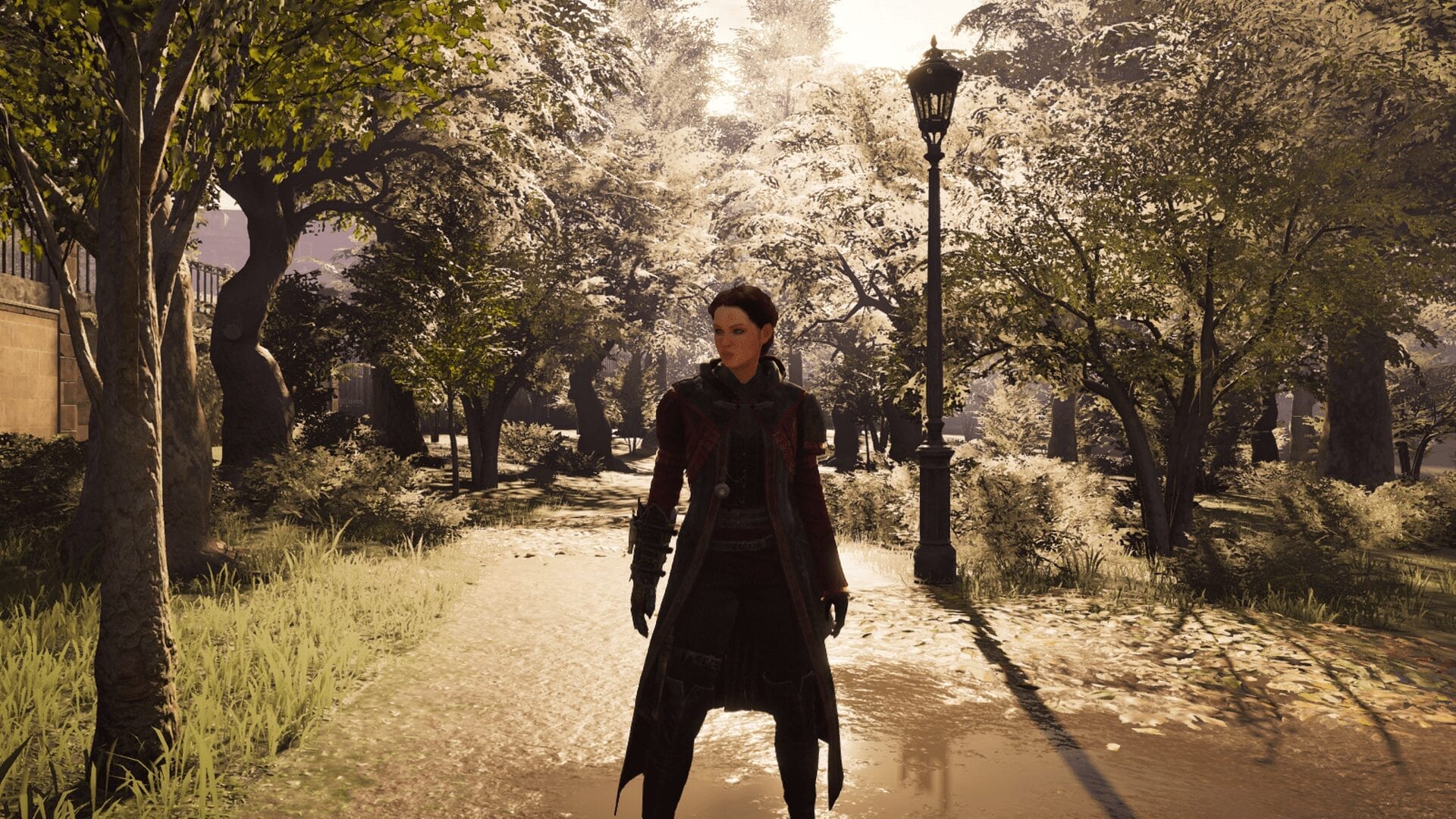 Ok, ok we said places not in Europe. We’d still love a title set in medieval-ish Germany. After all, the country is filled historically-rich landmarks, cities with hidden places and labyrinthine layouts. Soaring cathedrals, dingy alleys and so on.

An example: In 1534, the Anabaptist movement claimed Munster and renamed it to New Jerusalem, setting up a forced socialist state against the will of the locals – prime material for the Assassins to step in and sort it out. From what we’ve seen, they aren’t to keen on this sort of thing. It all ended after a 14 month siege, featured several odd assassinations and a bit of torture – real history tends to be a bit gritty.

Either way, we would love a game set in a German city, if only so we can listen to German chit-chat as we are trying to not shank the nearest passer-by for walking too slow. 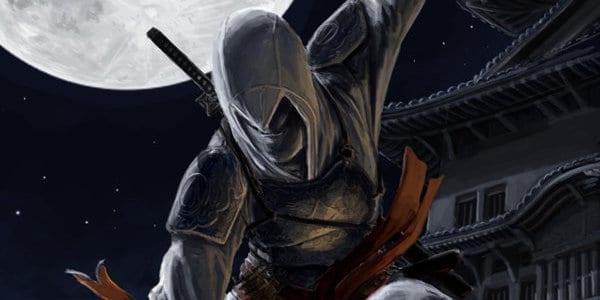 Why Taiwan? Well, although it isn’t necessarily well-known in the West, in the 19th century the country went through some…peculiar events. After the US tried to invade in 1867, several shipwrecks and no-prisoner scenarios made the situation a little frosty – 1871, Japan tried to invade a little more successfully, and ten years after that, there was a war with the French.

Still keeping up – well, next came another Japanese invasion and then all out war that ended with the island under Japanese rule. Places under foreign rule always make great settings for an AC plot – after all, that’s what the organisation is all about – usually. Either way, at the time, there were aboriginal tribes in Taiwan that weren’t so happy with the situation and they were soon referred to as ‘headhunters’. You can probably guess what for – we don’t think it was their work in the recruitment sector.

Given the American plots we’ve seen in other games, we think this situation would fit right in – plus, it would teach people a little history that isn’t so well-known. Because that’s the reason we play the AC series. Right? Right? 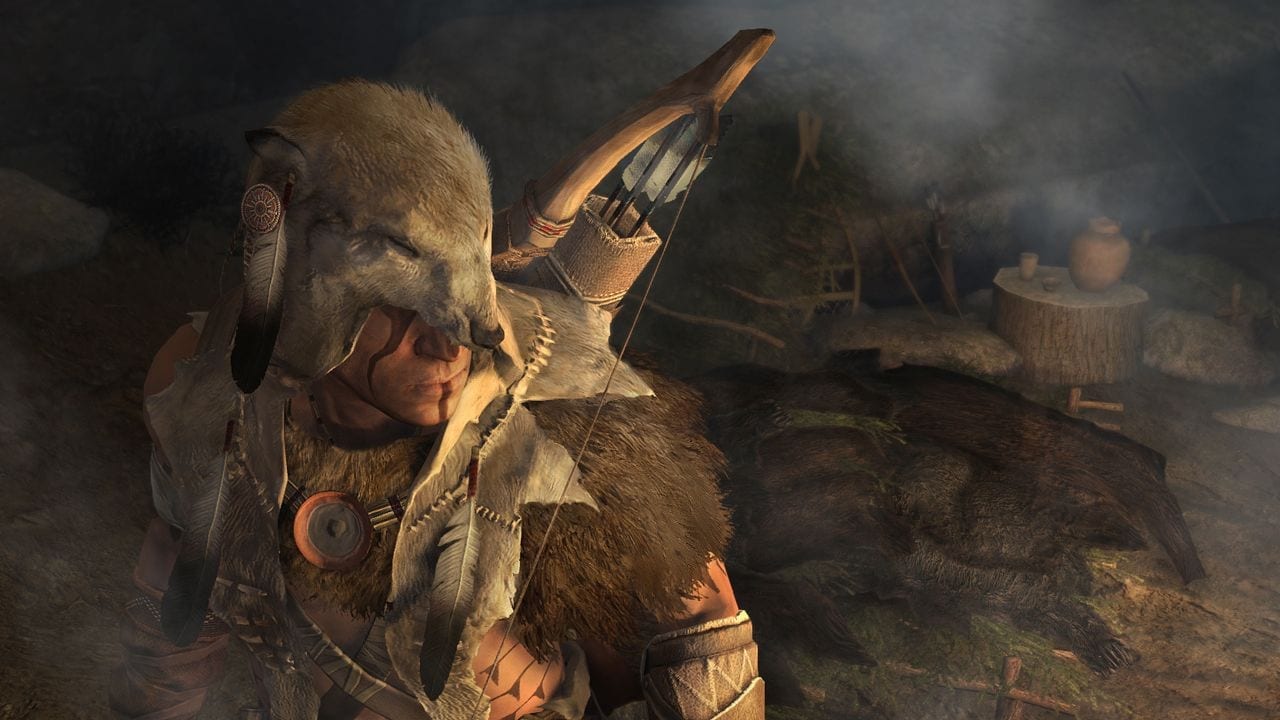 Why? Well, because of Simon Bolivar for the most part. He was a revolutionary leader who was instrumental in freeing South American countries from Spanish rule. Through several military campaigns, he managed to free large parts of formerly Spanish territory, freeing slaves as he went, because why not.

He’s been called the George Washington of Ecuador, Colombia, Panama and Peru – we assume that sounds cool to history-nerds. Either way, he didn’t free these places by hand of course. However, we can think of a certain organisation that could have had a hand in it – this sort of story fits perfectly into the narrative.

Then there are the actual locations – the Spanish colonies and settlements had a very distinct look and feel to them, and the contrast between that and the local dwellings could make for an exceptional gaming experience. Oh, and Venezuela has waterfalls – who wouldn’t want to Leap of Faith off that?

To be perfectly honest, we wouldn’t mind another title set in Egypt either – this one was good enough to make us want another, but we can’t help speculate about what else is out there, and what else we will see over the next few years. 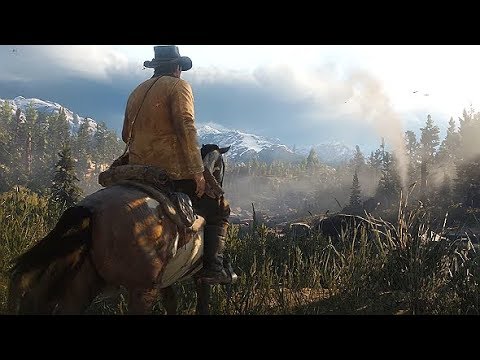