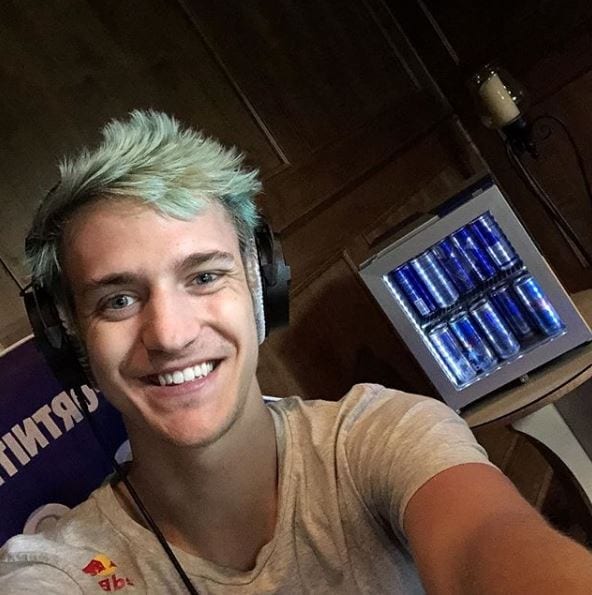 Tyler ‘Ninja’ Blevins is best known for his Fortnite livestreams over on Twitch, and he’s quickly become a household name thanks to his success.

The controversial figure has probably as many haters as he does fans, and it’s pretty well known that such fame can come at a price…

During a recent livestream, Ninja and his friends joke about his drinking – and hopefully it’s nothing more than a joke – but the claims seem to have worried some viewers.

In the video, which you can watch below, Ninja is accused by his wife, Jessica Goch, of “drinking beer every day.” His friends jokingly respond: “Ninja has a drinking problem.”

The livestream, which was clipped and posted to Reddit under the headline “Ninja is an alcoholic,” has attracted quite a bit of attention.

On the Reddit post one user commented: “You could tell he was p*ssed lol. He has been looking rougher and rougher lately..”

Another said: “Isn’t his wife his manager? As much of an innocent of a comment for a family interaction, wouldn’t it be considered unprofessional from business point of view, while he is streaming/working?”

“If you think this is an innocent off-handed comment for a wife to make to her husband, then boy do I have news for you,” responded another viewer.

Hopefully Ninja was just the butt of a joke here, and doesn’t have a problem…

You can watch an extended version of the whole interaction in the YouTube video below.

Ninja YELLS At His Wife After She Called Him Alcoholic https://t.co/5B58Y2fum7 via @YouTube

2019 has been a rough year for Ninja. He heralded in the New Year celebrating at Times Square, NYC, where he failed to get the audience to dab with him in the rain.

He’s also dropped a number of spots on Twitch’s most-subbed list, losing out to the likes of Shroud.