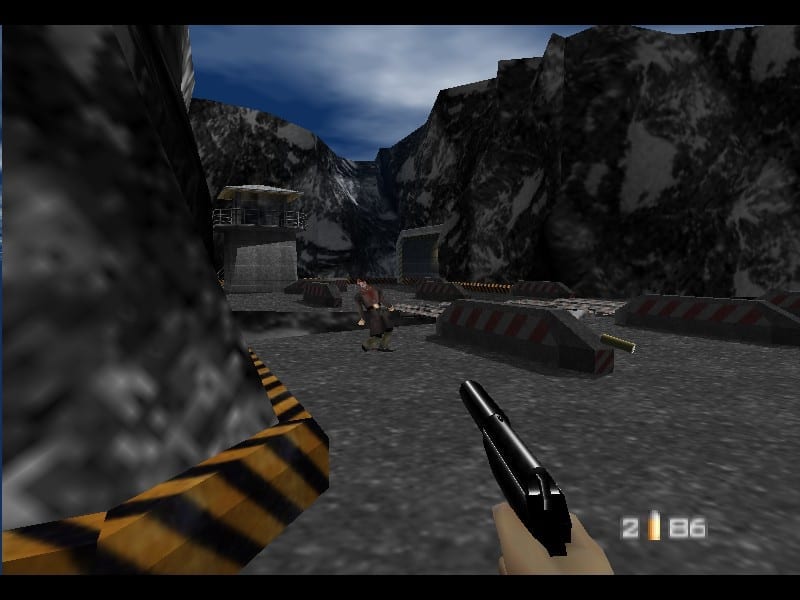 Ah Nintendo, nothing is ever simple with you, is it? GoldenEye 007 had the potential to be a golden goose for both you and Rare, and yet the classic multiplayer spy caper has been lost to the history books.

In a recent conversation with Ars Technica, the team behind the cancelled Xbox 360 remake spilt the beans on the situation. This includes why the game was cancelled and how far into development the project was (spoiler, it was basically finished) [via Nintendolink].

“When it was put to Nintendo, everyone there approved it,” claims Rare artist Ross Bury. “Except they didn’t check with the one guy who mattered. I believe I was told his response went along the lines of, ‘There is no way a Nintendo game is coming out on a Microsoft console.’”

While Bury doesn’t detail which Nintendo boss had a licence to kill (or killed the licence, I suppose), it apparently wasn’t the company’s president, Hiroshi Yamauchi. All that is known is that Nintendo ultimately said no, dooming the project. This is despite the fact that the game was 90 bugs away from completion, something that makes this revelation even more painful to hear.

Perhaps if this situation were to occur today, the outcome would be entirely different. After all, Nintendo and Microsoft have partnered together to bring Steve from Minecraft to Super Smash Bros. The two companies have also lobbied in favour of cross-play, using slogans such as “survive together” on marketing banners proudly displaying both company logos.

Who knows, perhaps we’ll eventually see the two companies play nice in the name of multiplayer Bond-brilliance. Until then, there’s always the leaked Xbox remake, (that is if you can successfully emulate it. If not, you’d best get that Nintendo 64 down from your attic and dust off the cobwebs.

Are you disappointed with the news that Nintendo cancelled the Xbox 360 GoldenEye remake?