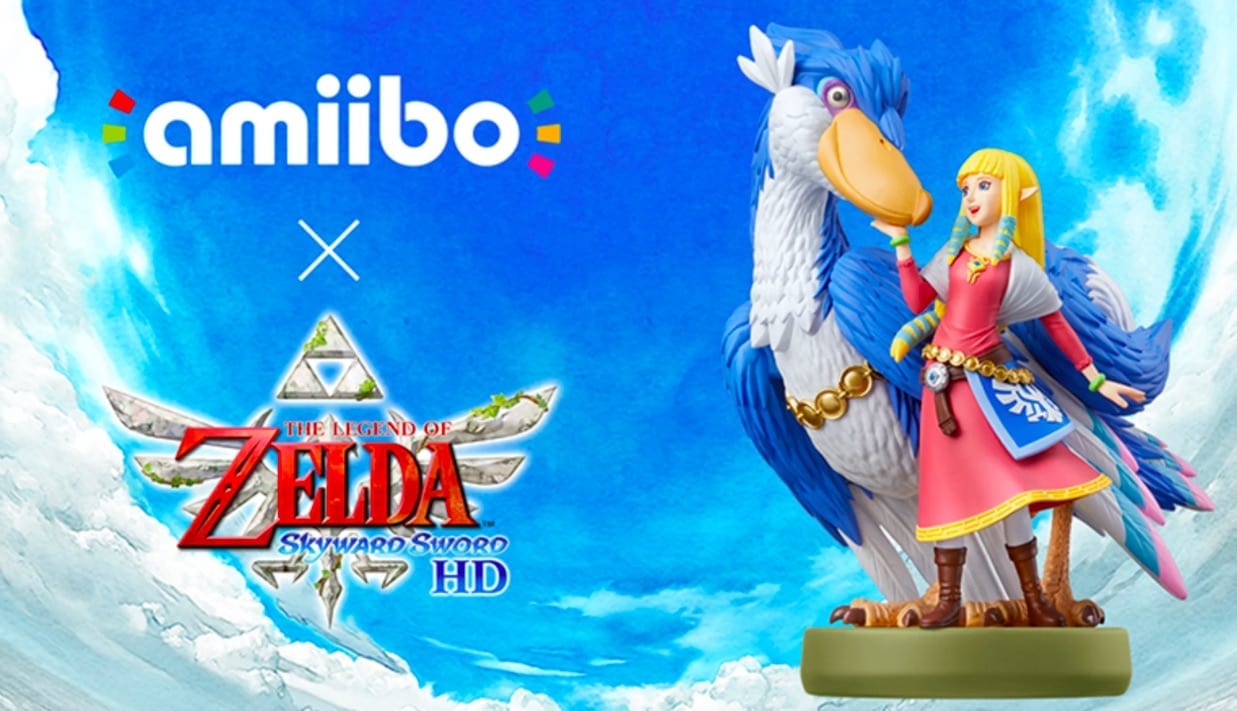 Nintendo fans are furious over the newly-announced The Legend Of Zelda Skyward Sword amiibo, which will soon release in celebration of the game’s upcoming Switch release.

Amiibo are usually a fun item for collectors and can also offer some in-game bonuses and goodies. Zelda: Breath of the Wild had a few dedicated amiibo figures, which unlocked in-game extras including a Wolf Link companion and boxes which could be destroyed for loot. While having some bonuses locked behind an amiibo (or amiibo card, in Animal Crossing’s case) is fairly common, Nintendo’s latest announcement has left gamers very upset.

The controversial amiibo in question is the “Zelda & Loftwing”. It looks gorgeous so what’s the problem? Well, fast-travel between the land and sky from all locations within Skyward Sword is apparently only available for those who buy the figure.

Nintendo explains: “Normally, you can only return from the surface to the sky by way of designated save points, but using the Zelda & Loftwing amiibo while on the surface in the game will allow you to return to the skies from anywhere on the surface, even inside dungeons.“

As you might have figured out, that’s a pretty big deal – and gamers are not pleased.

Many have criticised the move as a “paywall” from Nintendo, though others have defended the amiibo, stating that it offers a bonus which is very over-powered and shouldn’t be a base game feature.

Locking an accessibilty/quality of life option behind an amiibo paywall (which you will never meet demand for) is frankly disgraceful. Sort yourselves out Nintendo. Charging full price for a 10 year old port should give you everything in the bloody box day 1.

Whatever your opinion, it remains true that if you want to fast-travel between the land and the sky from all areas in the upcoming Zelda Skyward Sword Switch release, you’ll need to fork out an additional cost for the pleasure.

It’s also worth noting that amiibo usually sell out very quickly, which can lead to resellers trying to earn a profit. If you want that fast-travel perk for Skyward Sword, you might end up paying over the odds to get it.

What’s your opinion on the upcoming Skyward Sword amiibo? Let us know across our social media channels!

The Legend of Zelda Skyward Sword comes to Nintendo Switch on Friday, July 16.