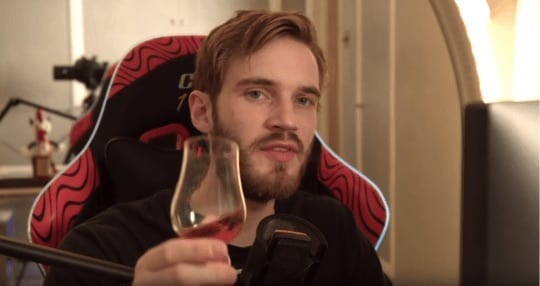 The undisputed King of YouTube has waved goodbye to the platform as he begins his temporary break from content creating. The controversial PDP has had a sticky few months, and recently told his millions of fans that it’s time he takes a step back from videos – at least for a little while.

Check out PewDiePie’s goodbye video below!

Last month during an episode of his YouTube show ‘Pew News,’ Pewds admitted he’s “tired” of the platform, the efforts (and presumably the controversy) around his channel, and will be leaving for an undefined period come the new year

He added: “I’m tired. I’m feeling very tired. I don’t know if you can tell. Just so you know, early next year I’ll be a way for a little while. I’ll explain that later but I wanted to give a heads up.”

This isn’t the first time we’ve heard the creator make similar statements, but the recently-married star seems pretty genuine this time around. Earlier in 2019 he told fans: “I do think it would be good for me to take a break at some point. It would be nice to not have YouTube in my brain for the first time in 10 years.”

Enjoy your time away, Pewds!