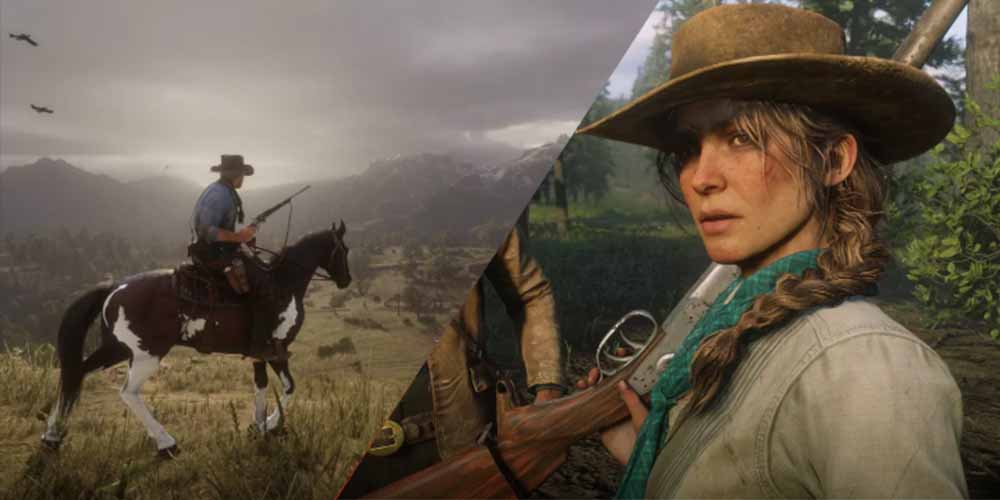 A Reddit user has taken to the platform to slam Rockstar and list a whole host of issues with Red Dead Redemption online following the recent update.

u/desmondao wrote: “Seriously, is Rockstar even playing this game? How the f*ck did they come up with stupid ideas like this? I’ve been playing for like 30 minutes and I already hate it. From the top of my head:

“- Nerfing the f*cking hunting rewards? Who asked for that? Why? It’s not like it was super lucrative in comparison to grinding showdowns, I really, really don’t understand it. Especially considering the next point.

“- When players said they wanted bounties, they meant actually taking on players and receiving some money for it, not losing 2 dollars for killing 8 cops. Who the f*ck are we supposed to shoot now? Oh wait, I know who Rockstar wants us to shoot, it’s explained in the next bullet point

“- The game encourages griefing now. You get a daily challenge of headshotting 3 players. This is ridiculous.

“- Hey, guess what happens if you shoot some d*ckhead before he manages to shoot you. Yep, your player’s dot gets more red, so people think YOU’RE the griefer.

“- Lol, parleying now takes you like 2min horse ride away from your griefer.

“- Pro-tip for griefers that every one of them will realise in the first hour of the update: shooting someone in the head and running the f*ck away for a few minutes will take you off their radar. Fantastic.

“- The majority of new content is ugly as f*ck. I get it, we’re in the Wild West. It doesn’t mean we have to be buying ‘new’ clothes with sh*tloads of stains and holes in them. Seriously, R* designers, stop.

“- This dripped content bullsh*t is the stupidest thing ever, especially since some people actually get a daily challenge telling them to kill people with a weapon that’s ‘not in the game’ yet (although we all know it IS in the game, R* just decided to hide it). And taunting people with ‘coming soon’ for the clothes, give me a f*cking break with this artificial ‘weekly updates’ bullsh*t.

“- Lovely bug fixes. Especially the ones that actually f*cking matter, which are still there big time.

“Well done, Rockstar. To think that I actually had some hopes for this update and told my friends to come back and give it a go. I should have learnt from GTA V. F*ck you.

EDIT: Lol, bounty hunters are a joke. There’s like 4-5 waves of them, they only give you 5 XP and you can’t loot them. No reward for escaping them.”

Well. Apart from all the unnecessary expletives that’s quite a good summary of the issues players have been facing.

Another Redditor commented: “The part I’m most mad about is them patching the cholla springs off map glitch. Now there’s no way to visit Guarma. That’s what I would do every few online sessions, just travel to Guarma. It’s peaceful, no asshole griefers, best designed map in the whole game, and I could hunt 100 dollars worth of exotic birds and meat.

“These people don’t want us to have fun. The evidence is right here staring us in the face.”

A third added: “It’s such a shame really. The the online of RDR2 is just complete trash. The story is so phenomenal that it’s a must play if you have a console but good God is the online terrible.”

Just a few days ago, Red Dead Online players were reporting a series of strange glitches that rendered the game “unplayable.” The glitches, which seemed to only be affecting Xbox One players, resulted in all NPCs and animals disappearing from the game.

Some of the issues included horses not spawning when you called them, no animals to hunt and none of the townsfolk to interact with. Some players were even complaining that the game just crashed when they tried to play.

Over on Twitter, players were expressing their disappointment at what had been happening.

@RockstarGames Red Dead Online on Xbox is unplayable right now. No NPCs, no animals. My horse won’t even spawn. Been this way for a while. Missing out on all the extra XP. Pretty disappointing. #RDR2

So I literally load into nothing but ghost towns.. no animals and no npcs.. and that is is I can even get onto a red dead server.. thanks for letting me pay to play a broken game.. been down for more than a week.. feel free to compensate Xbox net gamer tag PathlessNine303 ty

People were pretty mad at Rockstar, with hundreds of users taking to social media to vent their frustration.

@RockstarSupport All Xbox One players have problems right now on Red Dead Online Beta! No animals, no NPC, the horse does not come when called, the game crash.

No need to tell us to clear the cache. Consider the issues on Xbox One seriously. #RDO #RedDeadOnlineBeta