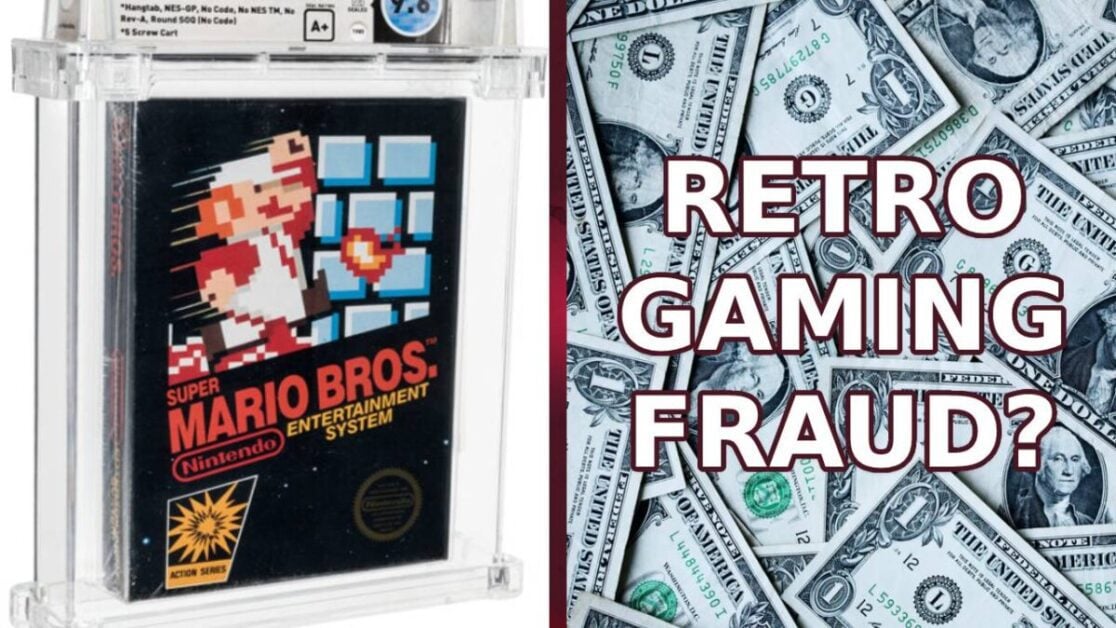 UPDATE: [27/08 17:43]: Wata Games has responded to the allegations mentioned in the article below with the following statement:

“Wata Games is the trusted leader in collectible video game grading and we’re honored to play a key role in this booming industry that we are incredibly passionate about. We’re humbled by the support of our thousands of customers who trust us to provide accurate and transparent grading. The claims in this video are completely baseless and defamatory and it is unfortunate that Mr. Jobst did not contact us to give us the opportunity to correct him.”

2021 has been a wild year for retro gaming. Not only has the record for the world’s most expensive game been smashed multiple times within the space of a few months, but the rare retro collectables have never been pricier. However, according to a recent report, the recent surge in retro gaming prices might be linked to grading and auction fraud [via VGC].

In a 52 minute video explaining the situation, journalist Karl Jobst alleges that the grading company Wata Games has been conspiring with Heritage Auctions. Conspiring in what way, you might ask? Well, both companies are apparently complicit in artificially inflating the value of collectable games. You’d best strap in, as this is a classic gaming conspiracy for the ages!

In one of the video’s examples of fraud, Jobst explains how the chairman of Heritage Auctions allegedly set an initial record price for Super Mario Bros. This same world record was then used as part of a press release:

“So what you have here is the chairman of the auction house buying a game for a record price, and then creating a press release about his own purchase, in which himself and the president of the grading company are stating that the value of games is going up.

“He then advertises that his own game will be going up for auction in the future through his own auction house.”

How could Wata and Heritage benefit from retro game inflation?

Well, both companies could theoretically earn more during the grading and auctioning process. This is thanks to Wata’s percentage-based business model, which earns it a ten per cent cut of a game’s graded market value. Heritage Auctions, however, gets an even larger slice of the pie, charging twenty per cent commission, alongside a further five per cent. That’s a lot of pie!

In a preemptive response provided to VGC, Heritage Auction denied Jobst’s accusations. The company also extended an open invitation to the journalist in an attempt to share their business operations:

“Heritage strongly refutes any allegation that it or its officers are involved in shill bidding, “market manipulation” or any similarly illegal or unethical practices. Heritage prides itself on our transparency and being a place built by and for collectors. With this in mind, we welcome the opportunity to discuss the video-game marketplace further, and would invite Mr. Jobst to our world headquarters in Dallas to tour our operations and speak further with leadership.”

Wata Games has yet to respond to Jobst’s report. However, the video does also point the finger at other retro game companies, like GoCollect. Again, the journalist accuses the company of artificially inflating game prices before taking them to auction. GoCollect’s founder, Jeff Meyer, also apparently acquired and “shut down” the retro site NintendoAge in a bid to “control the flow of information”. Pretty bold claim!

Whether or not Jobst’s accusations of fraud will be investigated remains to be seen. Yet, if the retro gaming scene’s current trend continues, video game prices could continue to rise “until the market busts”.

What do you make of Jobst’s claims? Join the conversation on our social media channels!

Don’t forget you can find great games and more on the GameByte Shop! We’ve stocked up our store with the latest games, merch and accessories. In fact, we might even have a new-gen console or two! Sign up to our newsletter to be notified of our console drops, deals and more. Please note the GameByte Shop is available for UK customers only.