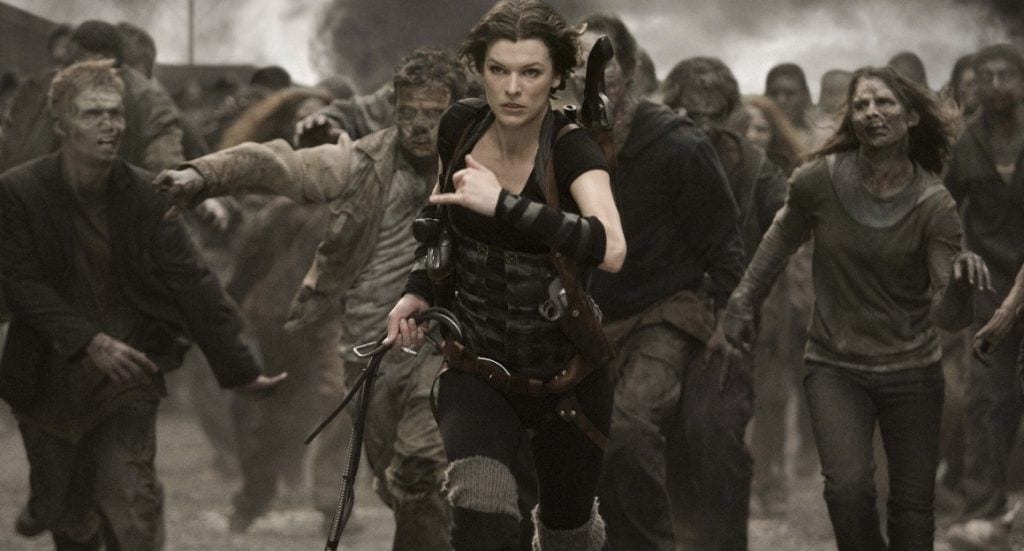 It’s been confirmed that a Resident Evil movie reboot is coming. Let that sink in.

So there were six movies, the first (and best) one was released all the way back in 2002.

Well it looks like it wasn’t quite the final chapter, as Screenrant asked director Johannes Roberts about the untitled Resident Evil project his name was attached to on IMDb. He said: “We are in active development of that at the moment. I pitched them a take, and they really loved it. So, we are just gearing up on that as we speak, really. I’m in the office all the time there. So, yeah, it’s great,

“It’s gonna be super scary. It’s super, super scary. And it’s just getting back to the roots of the game. I think, at the moment, I’m not really allowed to say much more than that. But it’s gonna be a lot of fun.”

So it’s going to be ‘super, super scary’? Maybe we shouldn’t write it off just yet then. But I won’t hold my breath.

At GameByte we love mods, and the weirder and wackier the better. We thought we’d seen it all when it comes to ways to alter your gameplay, but then came along this gem of a mod, because you can’t get much weirder than playing as internet sensation and pro gamer, Dr Disrespect.

Yes, someone has created a Dr Disrespect mod for Resident Evil 2 Remake and Resident Evil 0 HD Remaster, because why the heck not? [via PCGamer].

Created by professional modder Letmelive – Gaming, you can plonk Dr Disrespect right into the heart of Raccoon City and check out his odds against the infected zombie hordes in either of the first two games in the RE series.

The mod will replace the main character of Chris Redfield in 0 HD Remaster, and Leon S. Kennedy in 2 Remake with Dr Disrespect, offering a seriously impressive character model of the gamer.

The only downside to the mod is that it doesn’t include any Dr Disrespect voice work, so you’ll still be hearing Chris and Leon’s voice coming out of his mouth…Not too big of a deal considering how awesome-looking the character model is.

Check out some of the gameplay of the mod in action below, courtesy of the creator, Letmelive – Gaming.

If you want to turn your horror experiences into an ode to Dr Disrespect then you can check out and download the mods right here, from Nexus Mods.

Speaking of mods, the internet has seen the iconic Mario without a moustache before, but it’s never felt as terrifying as it does now thanks to a new mod from modder M&M[via ComicBook].

M&M has created what might be one of the most horrifying mods on the planet, after ‘shaving’ Mario’s infamous moustache for his most-recent Nintendo Switch adventure, Super Mario Odyssey.

As shown off via YouTuber ProsafiaGaming, the video has gotten fans cowering in fear because it just looks…wrong. Like uncanny valley wrong. Like Mandela Effect wrong. It’s wrong in every which way possibly, and you’ll need to check it out in the video below to see just why it’s gotten under everyone’s skin.