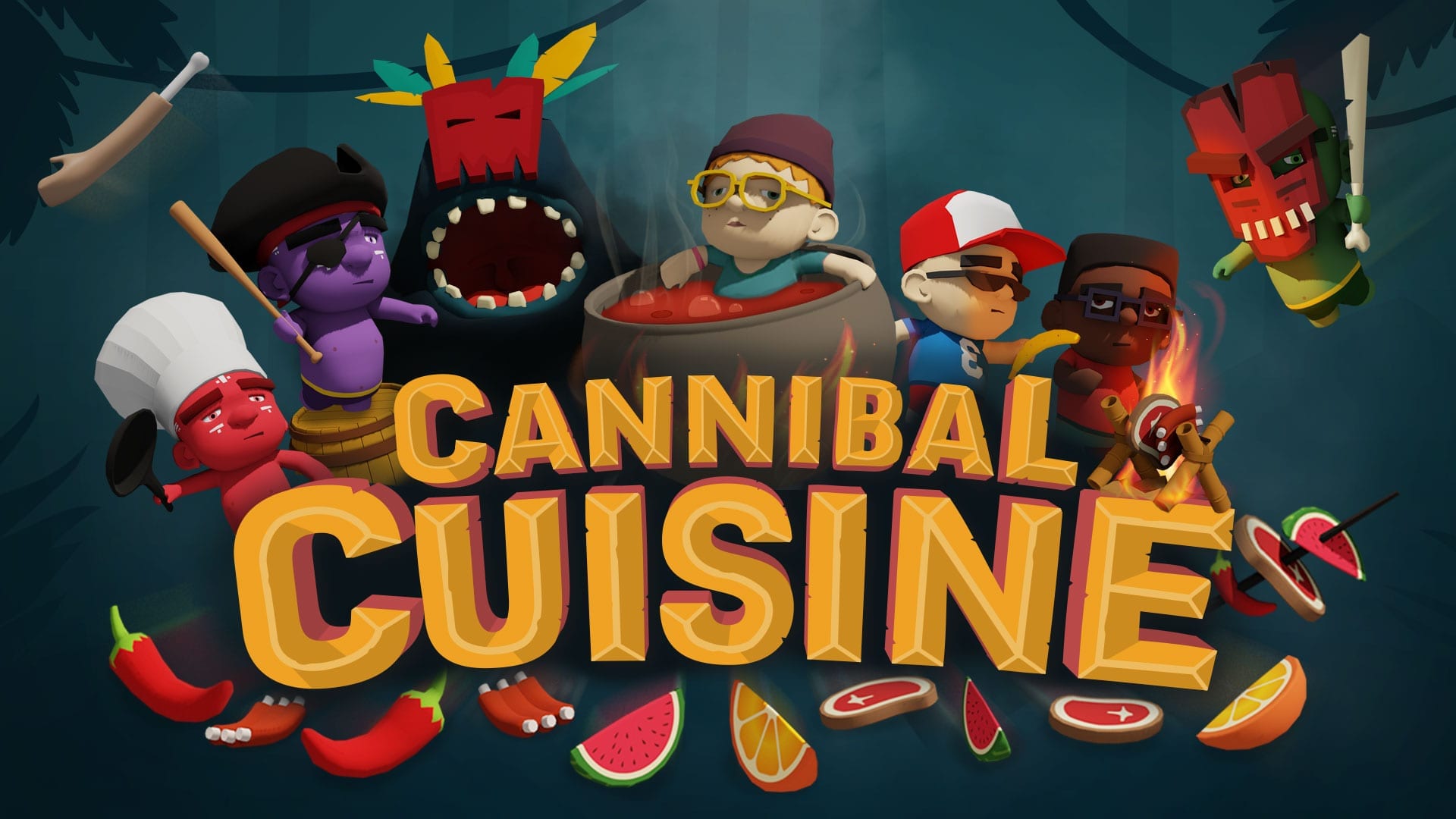 In these strange days of lockdown and social distancing, online party games are becoming one of the best ways to keep in touch. The upcoming co-op game, Cannibal Cuisine, fits the bill on paper, but does it deliver a Michelin-star meal?

Cannibal Cuisine takes its inspiration from the likes of Overcooked!, providing team-building frustrating fun as you and your pals work together to feed the Island God, Hoochooboo. Similar to the Overcooked! games, you’ll need to create the right dish for the God, picking the right ingredients, cooking them to perfection and avoiding obstacles which get increasingly harder to combat. Cannibal Cuisine comes with a whole side-dish of tasty gameplay though, as it introduces special abilities and – oh yeah – a whole load of cannibalism. 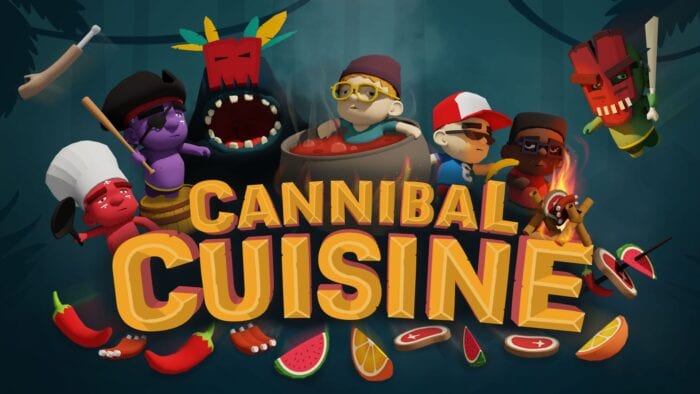 Instead of merely picking up ingredients and cooking them, you’ll have to butcher island tourists to score yourself ribs, steaks and more. The islanders don’t take too kindly to being beaten though, and will happily wallop you back, causing damage which can lead to your demise.

You’ll need to plan with your team which special abilities will help you on your quest. There’s offensive abilities, including Stomp, which will allow you to stun tourists, and food-related skills like Fire Breath, which will let you cook dishes faster. Though these abilities might seem a little overpowered for the earlier stages of the game, expect them to become essential to survive those later levels!

The game supports both couch co-op and online play, and there’s also two game modes: Campaign and Versus. Though Cannibal Cuisine can be played solo, there’s not been any tweaks to the difficulty to support you here. This is a game that’s been made to play as a team, and you’re at a massive loss if you try and brave it solo.

One of the most appealing things about Cannibal Cuisine is its bright and colourful levels. Despite all the murder and cannibalism that’s going on, each level is charmingly designed and just screams “fun.” The music and sound design is also exceptional, making the game a treat for the eyes and the ears. Player character design leaves you wanting though, as each playable character is the same basic person (though you can change their skin colour and accessories).

Building on the foundations of Overcooked!, Cannibal Cuisine provides a pretty tough experience for even the most seasoned chefs, and the game’s later levels can get even more intense. Thankfully, the game controls like a dream, with the fluidity and speedy movement that’s nothing less than essential for a co-op party game like this. (Note: When playing with the GameByte team via the game’s online play feature, we did experience some lag issues with a specific level of the game. The developer has assured us this is a pre-release issue, and will be resolved with a Day One patch. We’ll update the review when we’ve retested the game with the patch, but since we only experienced this on the one level, we’re giving the benefit of the doubt for now).

Just as you’d expect, Cannibal Cuisine has all the fun of Overcooked! with just enough extra meat to provide an enjoyable experience all of its own. It’s as addictive as it is frustrating, and if you love party games that’ll have you yelling at your pals, this is definitely a game to add to your wishlist.

Cannibal Cuisine is definitely a lot more difficult than Overcooked! though, with even the earlier levels providing a bit of challenge. I don’t think there’s one level I managed to beat the first time playing it, which isn’t necessarily a bad thing. It’s something to bear in mind though, as it could make the game less appealing to those looking for an experience to share with gamers of all skill levels. However, if you’re looking for an even meatier experience than Overcooked!, this is probably right up your street.

All in all, Cannibal Cuisine is a huge amount of fun, especially if you’re already a big fan of similar games. The additional gameplay mechanics give Cannibal Cuisine just enough of an edge to make it stand up on its own, though it’s hard to ignore just how similar it is to Overcooked!. I’d like to see more customisation options for playable characters (if you’re playing with three pals who also choose the same character colour as yourself, you’re going to be in for a Dark Souls level of difficulty). I also think the difficulty level needs to be tweaked for those that choose to brave the Campaign on their own. That being said, Cannibal Cuisine is still a game I’d recommend, and it’s a game I’ll definitely be reaching for again!

Cannibal Cuisine is available on Steam and on Nintendo Switch, May 20, 2020.