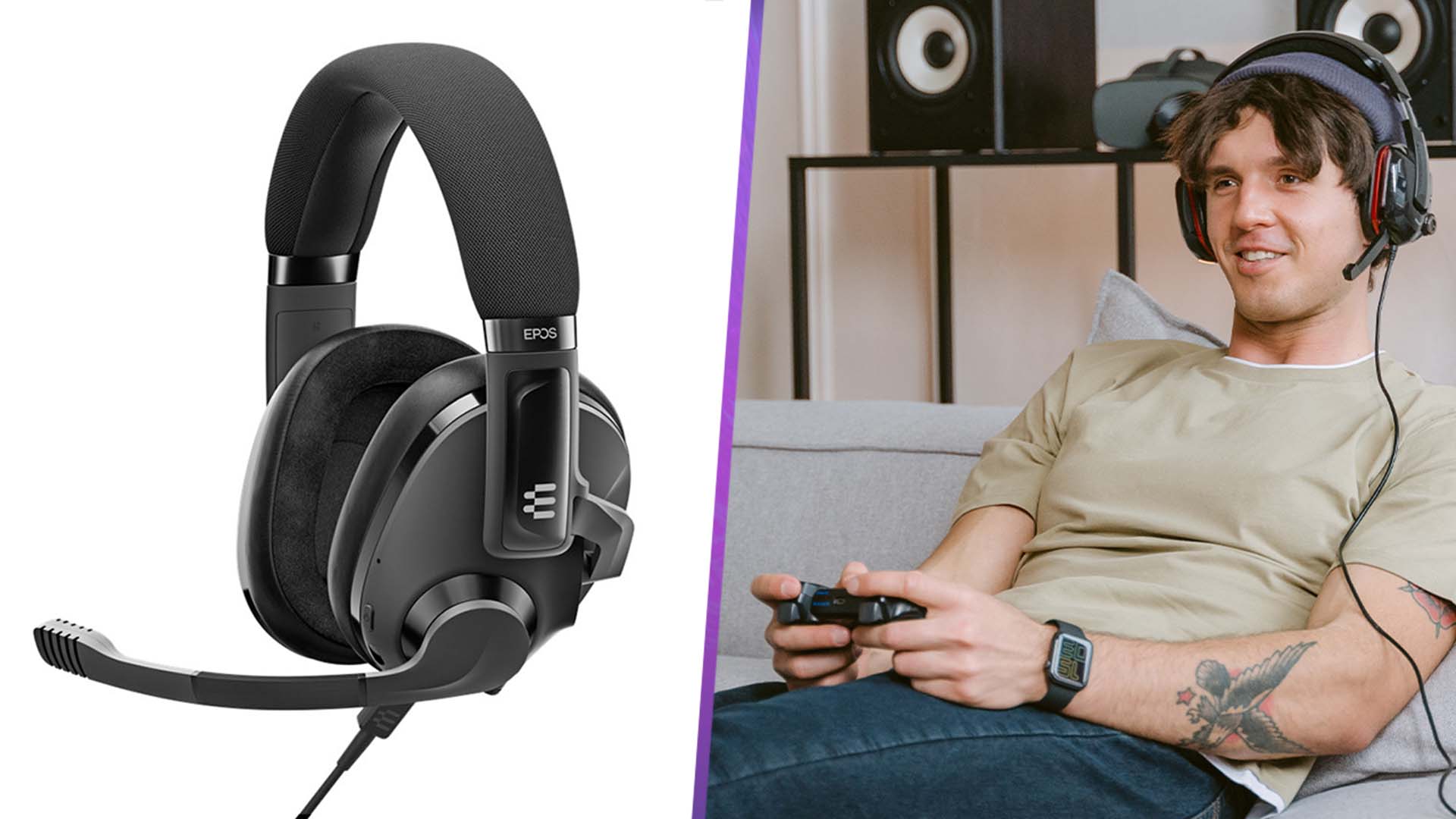 Gaming headsets are incredibly personal devices, when you think about them. If you’re someone who does a lot of gaming, they can essentially be an item of clothing that you wear for hours every day. Not only that, but if you’re someone who hops between lots of different devices each day, you’re going to want one that is compatible with them all. That’s where the EPOS H3 Hybrid gaming headset comes in.

Sennheiser is renowned in the audio world for engineering some of the best sounding cans out there. Now, it’s branching out into the gaming space with its EPOS line of headsets. Though these are definitely gaming attire, they don’t fall into many of the traps that other gaming manufacturers fall prey to. So, who exactly is the sort of person who would buy the EPOS H3 Hybrid headset?

What immediately strikes me when I open the box for the EPOS H3 Hybrid headset is how un-garish it is. Pick out a pair of Razer headphones and you’re likely to be blinded by a flash of RGB and aggressive styling. None of that is present on the H3 Hybrids – these sleek black cans don’t feature sharp angles, but instead curve in a way that would blend in with any professional environment.

On top of that, they’re constructed from incredibly premium materials. Though there’s a lot of matte finish plastic around the earcups, the headband and interior is all constructed from metal. It gives the product a distinct sense of weight and durability, without making it uncomfortable. In fact, the strong adjustable headband contributes to an extremely comfortable finish – these things don’t feel like they’ll fall off your head at all.

On the left earcup, there’s a boom-style microphone that rotates up and down accordingly. What’s great about this design is that the boom arm can be moved well out of the way when not in use. I often forgot that it was even there when using the headset just for listening. There’s a distinct click as you move the microphone down to your mouth, too. Moving past this point indicates when the microphone is turned on as it remains permanently muted while raised. If you don’t want to use the microphone at all, however, it can be easily removed and swapped out for a plate.

On the right earcup sits a volume dial, but I never found myself using it much. It’s difficult to feel definitive volume steps due to the plastic construction. You’re better off leaving these headphones at full volume and using your device to dictate the volume.

What attracts me to the EPOS H3 Hybrid is that they’re an incredibly versatile pair of headphones. They come with built-in Bluetooth, so they can be connected to any device that allows a wireless connection. As someone who uses a PC, PS5, and Nintendo Switch to game, this was incredibly handy. Having the ability to connect to any device seamlessly with the same pair of headphones quickly became a commodity, especially as I travel up and down the country frequently. They’re even suitable to connect to my phone and listen to music or take calls, when in a pinch.

I was mildly disappointed to learn that the PS5 does not support these headphones natively via Bluetooth. However, this is more of a downfall from Sony here as it’s rather particular about letting users use their own headphones on PlayStation. Sennheiser covers all bases by including a 3.5mm headphone cable in the box, This lengthy, braided cable can be used to connect the headphone to pretty much any device, old or new. Using this cable with the DualSense controller meant I could use the headphones perfectly with the PS5.

The battery life lasts a ridiculously long time, too. Sennheiser advertises 41 hours of continuous listening. It goes without saying that I never managed to run these cans down in a single day. In fact, I was able to go away for a two week trip without needing to charge them once. With some light Switch gaming in the evenings and listening to music while working during the day, I only used about 50% charge during that period. An included USB C cable charges the device relatively quickly, so you shouldn’t have to worry about battery life with the EPOS H3 Hybrid.

Perhaps the most important question for a pair of headphones is: how do they sound? In short, pretty darn great. Without tweaking, the frequency curve on these headphones is rather flat. That means that audio sounds decent no matter what device you connect them to. On some mobile devices and PC, you’ll be able to tweak the response curve to your liking – that’s where these cans really start to sound great.

These headphones are engineered with a closed back design, which means you won’t be able to hear much of the world around you while music is playing. This is great for ensuring that you stay focused on work or gaming. However, I found myself rather conscious of how little I was aware of my surroundings in an office environment.

If you’re a gamer who moves about quite a bit but is also quite particular about their gaming audio, then you’re going to love the EPOS H3 Hybrid headset. Sure, a pair of studio headphones are great for an immobile PC rig. Your AirPods might do for a bit of light gaming on the go. But if it’s high quality audio that you’re after, then I can’t think of a better option than these headphones from Sennheiser.

They are a little on the pricier side at £149.00, but you certainly get what you pay for. Superb audio quality, endless battery life, industrial and hard wearing design. I’ll certainly be using them for a long time to come.

An EPOS H3 Hybrid Headset unit was provided to GameByte by EPOS for review purposes only.