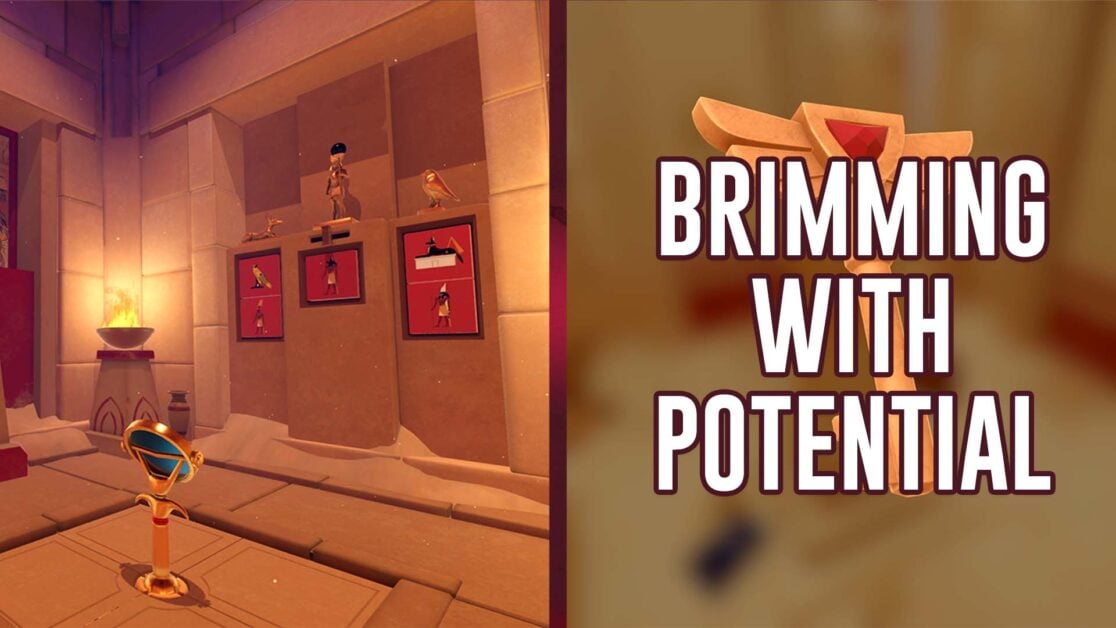 Escape Simulator brings the concept of Escape Rooms full circle. What originally started out as an abstraction of a video game mechanic has returned to its original form that’s delightfully fun to experience with a group of friends. The pandemic might have thwarted our ability to take part in IRL escape rooms for now, but Escape Simulator offers an ideal alternative.

From the team at Pine Studio, Escape Simulator does exactly what it says on the tin. It presents you with 16 themed escape rooms and it’s your task to figure out the puzzles in each of them. They’re all relatively tight spaces, making each level an intricate puzzle box that’s begging to be solved.

Variety Is The Spice Of Life

Each of the 16 rooms are themed around one of three themes. There’s the ancient egypt collection, a selection of spaceship themed ones, and the rest are styled as a classic manor. Each of the different themes offer unique twists to the puzzles, keeping things fresh as you play through each room. It’s a tricky challenge for Pine Studios to make each room fresh, but the team has managed to achieve that. It doesn’t feel like any of the puzzles are recycled.

Gameplay lets you walk around the 3D rooms freely, but they’re otherwise akin to a point and click puzzler like The Room. You can pick up and examine items for further clues, or even drag or throw them about. This can sometimes result in the room getting cluttered and confusing. However, a helpful bin is there for players to store unwanted items, and it’s pretty clear when you’re about to discard something important.

The game is wrapped in an incredibly appealing art-style. Akin to something like Planet Coaster, the almost plasticine aesthetic removes any ambiguity from the game. Particularly in point and click games, gameplay can often descend into clicking randomly in the hope of searching for the right pixel. In Escape Simulator, it’s always abundantly clear which items are important to progress the puzzle forward. This is achieved mostly via the art style, but also via helpful icons in the UI.

Much of the fun comes from playing the escape rooms with your pals. Every escape room can be played with up to four players. Just like in a real escape room, they offer an excellent opportunity to either bond or argue over how to solve each of the puzzles. The solution to each room will often allow for multiple puzzles to be worked on at once, so there’s never usually a time when players are standing doing nothing. The ability to look at the same item and see each other’s cursors is a handy collaboration tool.

Of course, the unfortunate reality of puzzle games like Escape Simulator is that once you’ve completed all of the rooms, you can’t replay them unless you forget the solution. Escape Simulator has a few solutions to this problem, one of which is in the form of collectibles and speedrunning. There are several tokens hidden within each room, giving players something additional to hunt alongside the solution.

There’s also a 15-minute timer on each room for which you get a reward for completing each room in. Once we got into the flow of things, me and my friend found that we were quite capable of completing rooms in under 15-minutes on our first try. However, a couple of tricky ones did have us stumped at times.

Escape Simulator’s other big trick comes in the form of user generated content. A fully fledged content creation tool is featured in the game that lets players build their own escape rooms. Shared via the Steam Workshop, this powerful tool has the potential to extend the replayability of Escape Simulator indefinitely. There’s already a wealth of custom user content on the Steam Workshop, so time will tell whether this is a feature that takes off.

Is it worth your time?

I sincerely hope that it does take off because the underlying gameplay mechanics provided here are incredibly robust. It reminds me of games like ‘Golf It!’ which also allow for custom maps to be imported. With the right user generated content, Escape Simulator could prove to be an excellent game to chill with your mates while also engaging the brain.

There were a couple of minor bugs that I ran into during my time with the game, however. Items held out by other players would often phase in and out of view when shared with other players. This sometimes made collaboration tricky. I also had one instance of a crucial puzzle item disappearing completely, resulting in us having to restart the puzzle from scratch.

Aside from some minor technical hitches, though, Escape Simulator is absolutely worth your time. If you and your mates have been craving some escape room action throughout the pandemic, then Escape Simulator is a sure-fire alternative that won’t leave you disappointed.

Code was sent to us by Pine Studio PR for review purposes.